MADISON, Wis. — A prosecutor charged a Wisconsin Department of Justice agent on Thursday with reckless endangerment in the nonfatal shooting of an unarmed man during a Madison traffic stop last winter.

The charge stems from the Feb. 3 shooting of Quadren Wilson, who survived. Wilson is Black and Wagner is white, and Wilson’s family has said they believe race was a factor in the shooting. It occurred a little more than a year and a half after a white police officer shot Jacob Blake, who is Black, during a domestic disturbance in Kenosha in August 2020. That shooting led to several nights of sometimes violent protests.

Wagner would face up to 10-and-a-half years in prison if convicted. His attorney, listed in online court records as Michael Steinle, didn’t immediately reply to a phone message seeking comment.

“The Wilson family (is) happy,” said the family’s attorney, Stephen Eisenberg. “It appears at least justice is attempting to be done. They want someone to be accountable for this shooting. They’re a Black family. They’ve witnessed what’s been going on this country, how Black men have been treated by law enforcement for years.”

Wilson, 38, was released on extended supervision in February 2020 after serving a little more than a year in prison for second-degree reckless endangerment. The state Department of Corrections issued a warrant for Wilson on the morning he was shot for violating the conditions of his release. He was wanted for allegedly dealing fentanyl to a man found dead of an overdose in a Blooming Grove restaurant bathroom in April 2021.

According to the criminal complaint, Wagner and a number of other Justice Department agents were part of a multi-jurisdictional task force working to arrest Wilson, who was wearing a GPS tracker as per his extended supervision conditions.

The team intercepted Wilson as he was driving on the outskirts of Madison and decided to pin his car between two Justice Department pickup trucks. One truck stopped in front of him and he rear-ended it. The other truck rear-ended Wilson, pinning his car between them, the complaint says.

Wagner approached Wilson’s car carrying a ballistic shield and with his pistol drawn. Another state agent, Nathan Peskie, was beside him with a rifle.

Wilson began revving his engine in an attempt to free himself from between the two trucks. Wilson’s windows were tinted and a third agent smashed one of them out so police could see inside the vehicle, the complaint says.

Wagner told Dane County Sheriff’s detectives that he saw Wilson reaching under the driver’s seat with his left hand and fidgeting with something on the center console with his right. He said Wilson then turned toward him and raised his hands, leading him to believe that Wilson had a gun.

Then he heard a gunshot and felt something hit him, Wagner said. Thinking Wilson was shooting at him, he fired two shots from his pistol before he fell backward. Peskie fired five shots from his rifle into the car, the complaint states. One of the bullets broke apart, sending five bullet fragments into Wilson’s back, the complaint says.

Peskie told detectives that he saw Wilson raise a square object that he took to be a gun, according to the complaint. At that moment, a hole appeared in the driver’s side window, with glass shattering outward, Peskie said. He thought Wilson had fired at Wagner and killed him, so he returned fire, he told the detectives.

Officers searched the car but did not find a gun, the complaint says.

It’s not clear why Ozanne chose to charge Wagner but not Peskie. Ozanne’s paralegal, Alexandra Grayvold, responded to a request for an interview with him by saying that he is “ethically prohibited” from discussing open cases and open investigations.

In May — about three months after he was shot — Wilson pleaded guilty to manufacturing narcotics with intent to deliver and cocaine possession. He was sentenced to three years in prison.

Eisenberg said Wilson panicked after the task force rammed his car and the agent broke his window. He questioned why the team used such tactics when they could have simply arrested him the next day when he was due to visit his parole officer.

“One can only speculate that whether this ram-and-slam procedure would have been done with a white guy,” Eisenberg said. “It was preposterous what they did. It was reckless from the beginning. Quadren was not John the terrorist. I don’t think I’d be sitting there stoically saying, ‘Hello, friends.’ I guarantee you Quadren panicked. I would have panicked, too.”

Attorney General Josh Kaul, who oversees the Justice Department, declined to comment, saying he didn’t want to affect the case as it works its way through the judicial system. He did say the agency was “evaluating this matter internally,” but he didn’t elaborate.

Wagner made his initial court appearance Thursday morning before the state Justice Department announced the charges. He remains free on a $500 signature bond and is due back in court on Oct. 28.

This story was updated to correct the spelling of Ismael Ozanne’s first name, which had been misspelled “Ishmael.” 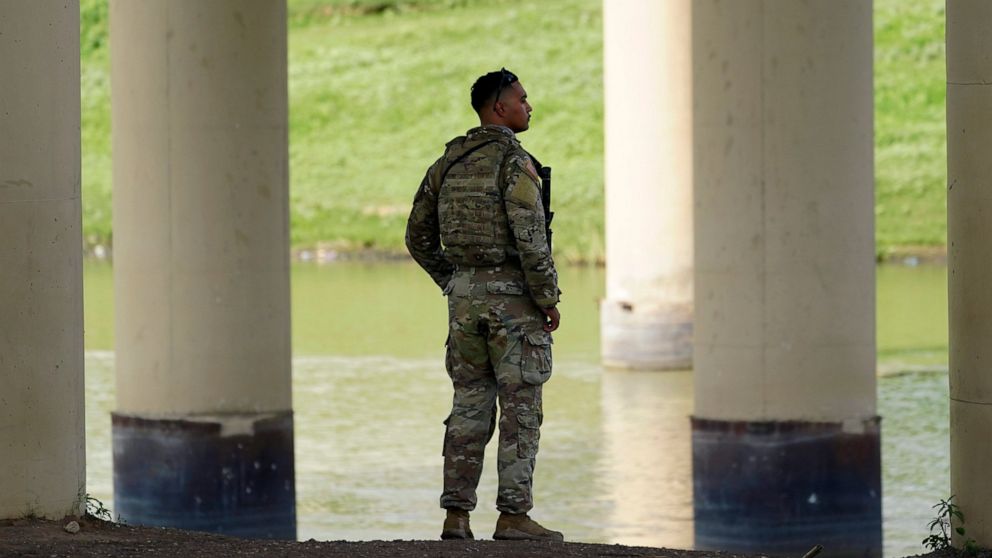