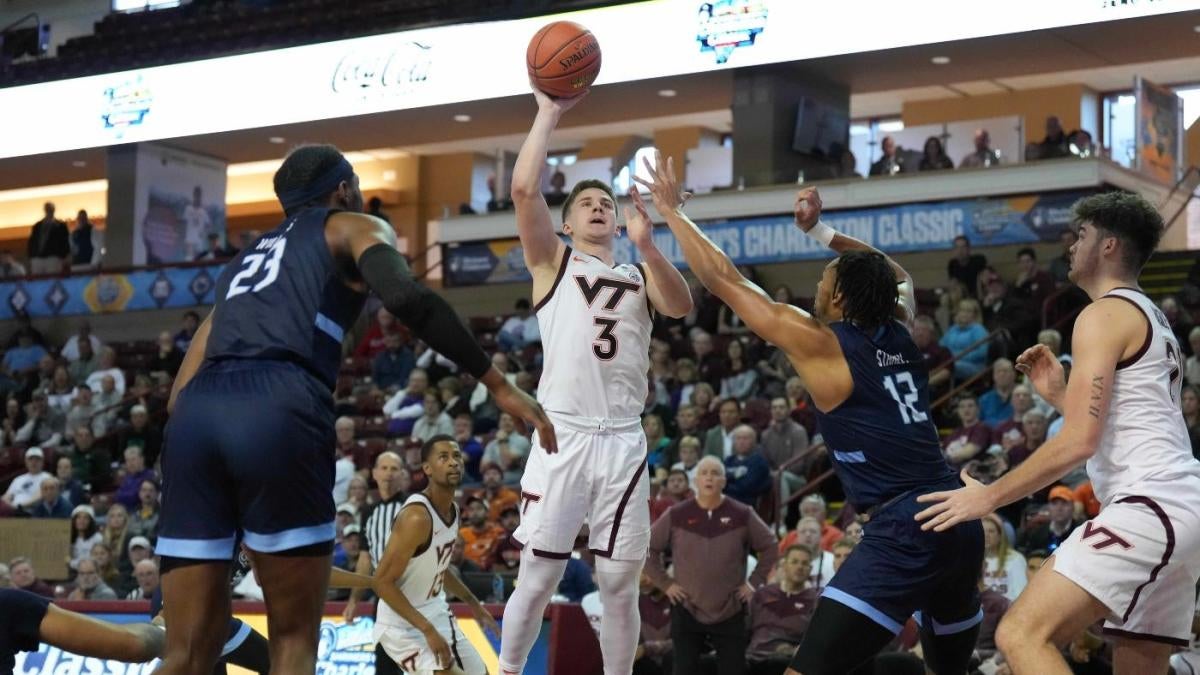 The Penn State Nittany Lions (4-0) and the Virginia Tech Hokies (4-0) meet up in the semifinals of the 2022 Charleston Classic on Friday afternoon. The Hokies narrowly escaped with a 75-71 victory over Old Dominion on Thursday. In a similar fashion, Penn State topped Furman 73-68 in an opening-round bout. The winner of this game will suit up on Sunday in the championship game against the winner of Colorado State vs. Charleston.

Tip-off from the TD Arena in Charleston, S.C. is set for noon ET. The Hokies are 1.5-point favorites in the latest Virginia Tech vs. Penn State odds from Caesars Sportsbook, while the over/under for total points scored is 139. Before making any Penn State vs. Virginia Tech picks, be sure to see the college basketball predictions and betting advice from SportsLine’s proven computer model.

The SportsLine Projection Model simulates every Division I college basketball game 10,000 times. Over the past six years, the proprietary computer model has generated an impressive profit of more than $1,200 for $100 players on its top-rated college basketball picks against the spread.

Now, the model has set its sights on Virginia Tech vs. Penn State and just locked in its picks and CBB predictions. You can visit SportsLine now to see the picks. Here are the college basketball odds and betting lines for Penn State vs. Virginia Tech:

Why Penn State can cover

Senior guard Jalen Pickett is having a solid start to the season. Pickett has been doing it all for the Nittany Lions, showcasing his smooth shooting stroke and stout playmaking skills. The New York native shoots well off the dribble and scans the court to find the open man. Pickett is averaging 15.8 points, 5.5 rebounds and 8.5 assists per game. He’s also shooting 43% from 3-point land.

Senior guard Camren Wynter is another scoring threat in the backcourt. Wynter owns a good rotation on his jump shot and has ultimate confidence when he lets it fly. The New York native is also an active defender and looks to get into passing lanes. He is putting up 11.3 points, 3.3 rebounds, three assists and is knocking down 45% of his shots from downtown.

Why Virginia Tech can cover

Sophomore guard Sean Pedulla is one of the leading players for the Hokies. Pedulla is a smooth one-on-one player with the ability to get to the rim or knock down a jumper from the perimeter. The Oklahoma native can finish with either hand while also scanning the floor well enough to find his open teammates. Pedulla is averaging a team-high 19.5 points with 3.8 rebounds and 5.3 assists per game. He’s also shooting 48% from deep.

Senior forward Grant Basile is a polished and skilled scorer in the low post. Basile has good footwork and is able to rise right above his defender. The Wisconsin native is putting up 18 points with 6.7 rebounds per contest. On Nov. 7, Basile amassed 30 points and 10 boards.

How to make Virginia Tech vs. Penn State picks

SportsLine’s model is leaning Over on the total, projecting 145 combined points. The model also says one side of the spread hits in almost 60% of simulations. You can see the picks here.

On 5 November 2022, a handful of UFC oddsmakers and media members noticed suspicious gambling activity before a fight between Shayilan Nuerdanbieke and...
Read more
Sports

6:50 AM ETESPN staffThe NFL Week 14 schedule for the 2022 season is stacked with great matchups, and we've got you covered with...
Read more