WASHINGTON — A military veterans organization is calling on prosecutors to get more aggressive with the Patriot Front, a far-right, white supremacist group that has been marching in cities across the country, arguing existing laws provide the authority needed to bring criminal charges against its members.

Task Force Butler, an organization founded by U.S. Army veteran Kristofer Goldsmith with the tagline “Veterans Fighting Fascism,” published a report this week that identifies members of the Patriot Front and specifies criminal statutes it says can be used against them.

The report, shared exclusively with NBC News, has been sent to various local and state law enforcement officials in an effort to “hold Patriot Front legally accountable for their politically and racially-motivated harassment of vulnerable minority communities, their terrorizing of local residents in cities and towns throughout the United States, their acts of violence, and their use of American cities as backdrops to showcase for the media and the nation the ethno-nationalist agenda.”

Goldsmith, who said he worked with 10 volunteers on the 200-plus-page report, is hoping to spur action by detailing what he says is evidence against dozens of Patriot Front members, in addition to laying out a road map for prosecution.

“After years of looking at this, I have been more than convinced that the FBI, states attorneys general and these local jurisdictions all have more than enough evidence to make moves on this neo-Nazi terrorist gang,” Goldsmith told NBC News. “We as veterans are tired of watching fascists run around, hurt people, and not be brought to justice. So if someone needs to do the homework to make sure that justice is found, we’re willing to do the homework.”

The Patriot Front, described by the Southern Poverty Law Center as a white nationalist hate group, splintered off from the neo-Nazi group Vanguard America following the deadly “Unite the Right” rally in Charlottesville, Virginia, in 2017. It gained notoriety over the past year, marching on the National Mall in Washington, D.C., in December and being the target of a massive data leak that exposed information that can be used to identify its members, who typically wear masks at public events. The group does not provide contact information on its website.

Police in Idaho arrested 31 members of the organization in June near the site of an annual LGBTQ event. The group’s leader and other members pleaded not guilty to misdemeanor charges of conspiracy to riot, and their cases are still pending.

In July, group members marched in Boston, where no arrests were made. But the Task Force Butler report says a photograph showing members of the white supremacist group surrounding a Black man was “used by Patriot Front in multiple videos published on the internet to promote their group and advocate for similar in person activity.”

Mary McCord, former head of the Justice Department’s National Security Division, said in an interview there are several reasons why prosecutors haven’t used existing legal tools against groups like the Patriot Front: State-level statutes are quite old and have not been used a lot, meaning some prosecutors aren’t even aware of them; many areas where incidents have taken place are short on prosecutorial resources; and there can sometimes be a lack of political will to pursue controversial cases.

“There is starting to be a little bit more understanding about them and a willingness to actually think about using them in the right case where the facts match up, because you don’t want to bring a case and lose and make bad law,” she said. “You want to make sure there’s a strong case.”

Georgetown Law’s Institute for Constitutional Advocacy and Protection, led by McCord, has put together a guide to constitutional provisions and laws in all 50 states that regulate private military and paramilitary activity, with the goal of calling attention to the “range of tools” that states and localities can use while preparing for gatherings that might draw armed militias.

Mike German, a former FBI special agent who worked on domestic terrorism cases, said that Task Force Butler’s work can help draw attention to the ways that prosecutors could build cases against members of far-right organizations like the Patriot Front.

“One of the frustrations that I’ve felt and that a number of other people in the community feel is that law enforcement is reluctant to use existing authorities to target white supremacist and far-right militant groups for investigations,” he said in an interview. “It’s the opposite problem when its anti-racism groups, environmentalists, Muslim Americans, where you see them understanding the broad scope of their authorities and using them very aggressively, even when there’s no history of violence or violent acts to point to.”

“I think a document like this is very helpful to law enforcement at all levels, to understand the nature of this group, and the criminal actions by individual associates of this group so, No. 1, they can understand the tactics and, two, structure a prosecution using all of the statutes available to them in these types of prosecution,” he said.

Goldsmith, who has worked for years to explore how veterans were being targeted by disinformation campaigns, called those involved in the Task Force Butler project the real “oath keepers,” describing them as people who “understand the Constitution and appreciate democracy, not ones who are using their military service as a weapon to destroy democracy.”

He said he’s hopeful his military and advocacy background will help prompt some prosecutorial movement against Patriot Front members.

“I am sure that I can use this background and skill set to shame the FBI into arresting a few neo-Nazis,” he said. 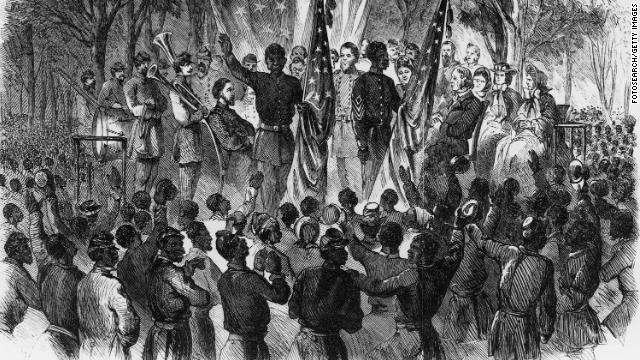