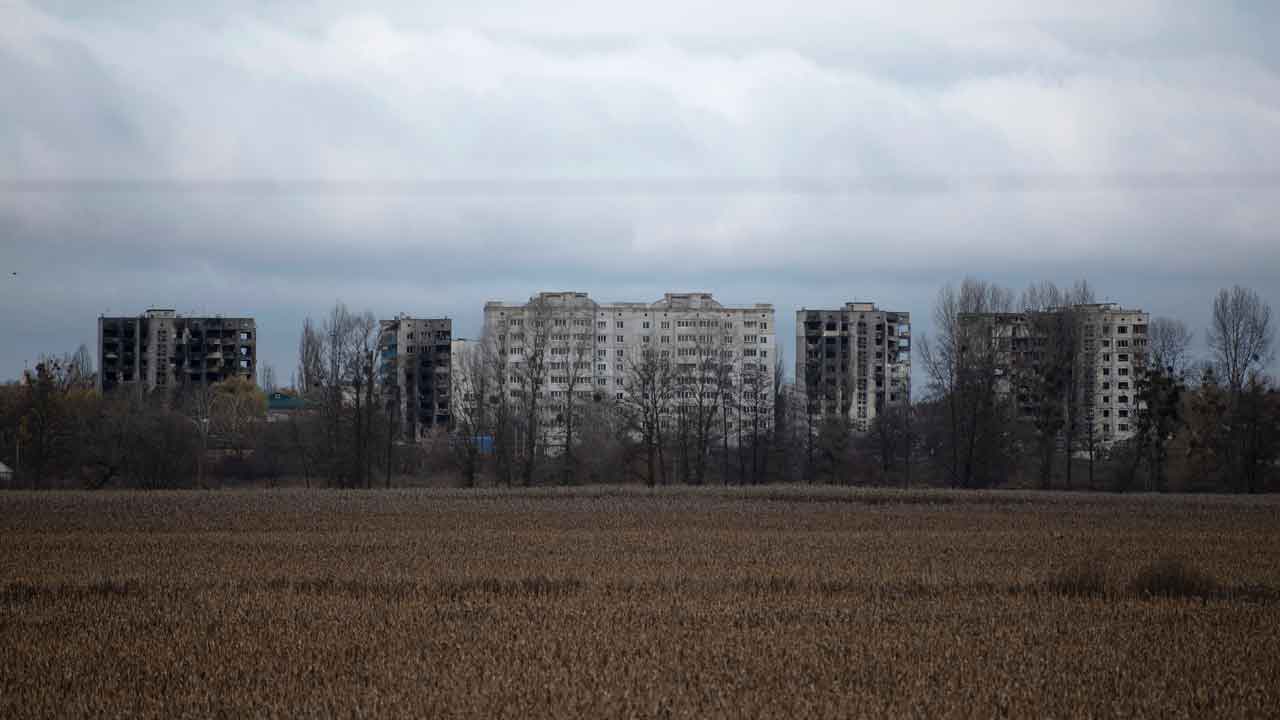 Ukraine says it will investigate video footage circulated on Russian social media which Moscow alleged shows that Ukrainian forces killed Russian troops who may have been trying to surrender, after one of the men seemingly refused to lay down his weapon and opened fire.

“Of course Ukrainian authorities will investigate this video,” Olha Stefanishyna, Ukraine’s deputy prime minister overseeing the country’s push to join the European Union, said on the sidelines of a security forum in Halifax, Nova Scotia.

Russian authorities announced the opening Friday of a criminal investigation based on the snippets posted on Russian Telegram channels and relayed on other social media. They present a muddled and incomplete picture.

Stefanishyna, however, said Ukrainian forces are “absolutely not interested in the execution of anybody” and are under direct orders to take “as many prisoners of war as we can” so they can be swapped in prisoner exchanges with Russia.

CHINA IS WINNING THE RUSSIA-UKRAINE WAR AMID MASSIVE US, RUSSIA WAR EXPENDITURES

“Every potential executed Russian soldier is some Ukrainian that is not able to be exchanged, so the spirit and logic is not there,” she said.

“HRMMU is aware of the video and is looking into it,” it said in a statement to The Associated Press. “We reiterate our call that all such allegations should be properly and promptly investigated by respective authorities.”

Asked if Ukraine will allow an international investigation, Stefanishyna said: “We will see. No problem with that.”

In the nearly nine-month invasion, Moscow’s forces have committed widespread abuses and alleged war crimes, according to the United Nations, rights groups and reporting by The AP.

Matilda Bogner, who heads the U.N. monitoring mission in Ukraine, said earlier this week that Ukrainian troops are suspected of some abuses, too.\

“We have received credible allegations of summary executions of persons hors de combat, and several cases of torture and ill-treatment, reportedly committed by members of the Ukrainian armed forces,” Bogner said.

The video snippets that Russia claimed pointed to an execution could not be independently verified.

WHAT IS PUTIN THINKING? WHERE THE RUSSIA-UKRAINE WAR STANDS NINE MONTHS AFTER INVASION

The longest snippet, 36 seconds long and with cuts, shows a group of about 10 men in full military gear, some lying on the ground and others emerging one by one from an outbuilding with their hands raised, apparently unarmed. Under orders shouted by someone off-camera, they join the others already on the ground.

Some of the men wear red bands on their lower legs. Red or white identifying marks are sometimes worn by Russian and Russia-aligned troops to identify them as members of the Kremlin’s invasion force.

The video also features other men watching them, shown to be armed and wearing flashes of yellow on their arms, legs and helmets.

Ukrainian forces often wear bits of yellow, blue or green to identify themselves on the battlefields.

One man with a yellow armband appears to be holding the camera. Another, also with a yellow armband, is shown lying on the ground with a heavy machine gun and belts of ammunition. At least two other armed men wearing glimpses of yellow also appear to be watching the apparent surrender.

In the last few seconds of the video, a man emerges from behind the outbuilding. He appears to be armed. Amid what sounds like sustained gunfire, the video then becomes too blurred to see what happened next. The video cuts off a few seconds later.

A separate, 8-second and soundless snippet appears to show those final moments slowed down. As he emerges, the apparently armed man appears to raise a rifle and open fire, with the muzzle of the gun emitting puffs of smoke.

Another separate snippet of video, 25 seconds long and seemingly shot with a drone, appears to show the same men lying motionless, amid what appears to be pools of blood.

Where and when the videos were filmed wasn’t clear. Mostly leafless trees in the backgrounds appear to suggest a fall or winter timeframe.

Andrey Marochko, a man who identified himself as a Russian officer based in Ukraine’s Luhansk region, claimed on Telegram that the footage was filmed in Makiivka, a village in the occupied region of eastern Ukraine. Russian media gave the same location. Ukrainian forces claimed to have regained control of the front-line village earlier this month.

The lower house of the Russian parliament on Thursday passed a bill banning foreigners from using Russian surrogate mothers.The bill adopted by the...
Read more
World

The odds were against Baker Mayfield from the start of this game between the Los Angeles Rams and Las Vegas Raiders. He was scooped...
Read more
Load more