U.S. dollar ‘true’ peak still a couple of quarters away -Goldman By Reuters 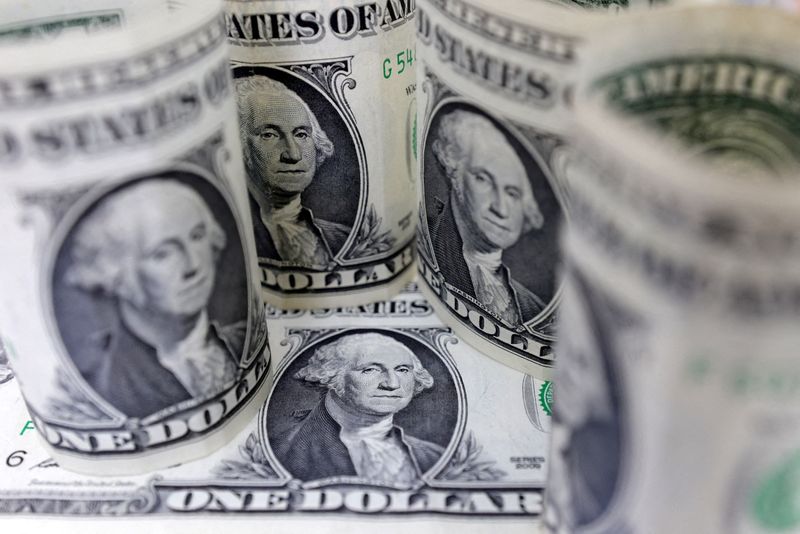 NEW YORK (Reuters) – Investors anxious to determine when the dollar should hit its peak may have to wait a few more quarters, Goldman Sachs (NYSE:) said in a research note on Friday.

Based on historical cycles, Goldman said, peaks in the dollar are typically associated with a “trough in measures of U.S. and global growth”, and an easing Federal Reserve.

A dollar top would still appear to be “several quarters away,” said Goldman, noting it does not expect the Fed to embark on easing until 2024. It added that U.S. growth is not expected to bottom out soon.

The U.S. investment bank noted that the dollar has drawn support from steady U.S. economic activity and still elevated inflation despite a slew of big rate hikes. The Fed has acknowledged that the concept of a “restrictive” policy rate is a moving target and estimates of the cyclical neutral rate have increased.

Goldman economists now expect a longer hiking cycle and an even higher terminal rate, in line with the Fed.

The euro area, on the other hand, still faces stiff challenges from energy shortages, while the smaller G10 economies are more sensitive to higher rates, or changes to policy rates, due in a part to the increase in variable rate mortgages.

In contrast, Goldman said the U.S. economy has a brighter economic outlook and may be less sensitive to higher rates, which should support the dollar.

Goldman’s three-month forecast calls for the euro hitting $0.94 against the dollar, down about 9% from the current level. On Friday, the euro was flat at $1.0356.

Still, Goldman said the dollar’s highest level could come sooner than expected if the Fed pauses rate hikes, a path toward a more stable energy supply emerges in Europe or China reopens its economy faster.

Almost everyone who completes a...
Read more
Share Market