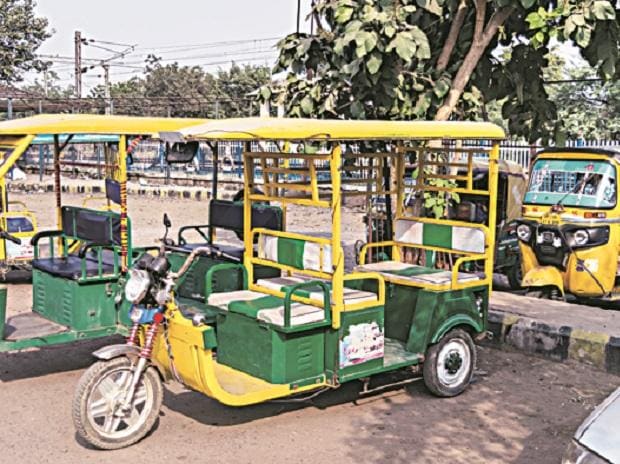 
The popular perception that two-wheelers are leading the auto industry’s shift to electrification is a myth. It is electric three-wheelers, led by the proliferation of the popular e-rickshaws used for short distances, that account for half the total registrations in this category (ICE and electric).


The number is based on the latest data from VAHAN for the calendar year 2022 and shows a sharp uptick. In 2021, electric three-wheelers accounted for only 41 per cent of registrations. In 2020, they accounted for 24 per cent and in 2019 it was a mere 18.4 per cent of the total three wheeler market. Read more


India is unlikely to join the ongoing negotiations for a plurilateral deal on e-commerce at the World Trade Organization (WTO), notwithstanding a change in stance on data localisation and cross-border flow of data.


Under the new draft digital personal data protection (DPDP) Bill, put out on Friday for public consultation, the government has proposed free cross-border flow of data with ‘friendly’ nations, significantly easing its earlier stance on data localisation. India has so far stayed out of a group of 87 countries, including the US, European Union, China, and Japan that are negotiating trade-related aspects on e-commerce since December 2017. Read more


The government on Monday announced guidelines for electronic commerce platforms to fight the menace of fake reviews and ratings through automated and manual moderation that would filter out biases, fraudulent posts, and foul language, and also verify the authenticity of the reviewers.


The guidelines — slated to take effect this Friday — are for a range of e-commerce platforms dealing in consumer goods, food delivery, and travel. Issued by the department of consumer affairs, the guidelines will initially be voluntary and made mandatory later if fake reviews continue to grow. Read more


The government on Monday scrapped the requirement to fill out Air Suvidha form for people flying into India from foreign countries amid declining coronavirus cases.


The revised guidelines for international arrivals will be effective from November 22, according to a notification issued by the Union Ministry of Health and Family Welfare (MoHFW).


Earlier, the guidelines had required that passengers arriving in India from overseas should fill up the Air Suvidha form. The form was introduced in the wake of the coronavirus pandemic. Read more


Health specialists such as surgeons, obstetrician and gynaecologists, and physicians are awfully short of requirement of state community health centres (CHC), showed data from the Reserve Bank of India recently.


Against a requirement of 20,732 health specialists, only 4,957 were in position at these centres in 2020. That means only 24 per cent of the requirement was met that year, showed data in ‘RBI Handbook of Statistics on Indian States’ for 2021-22. Read more