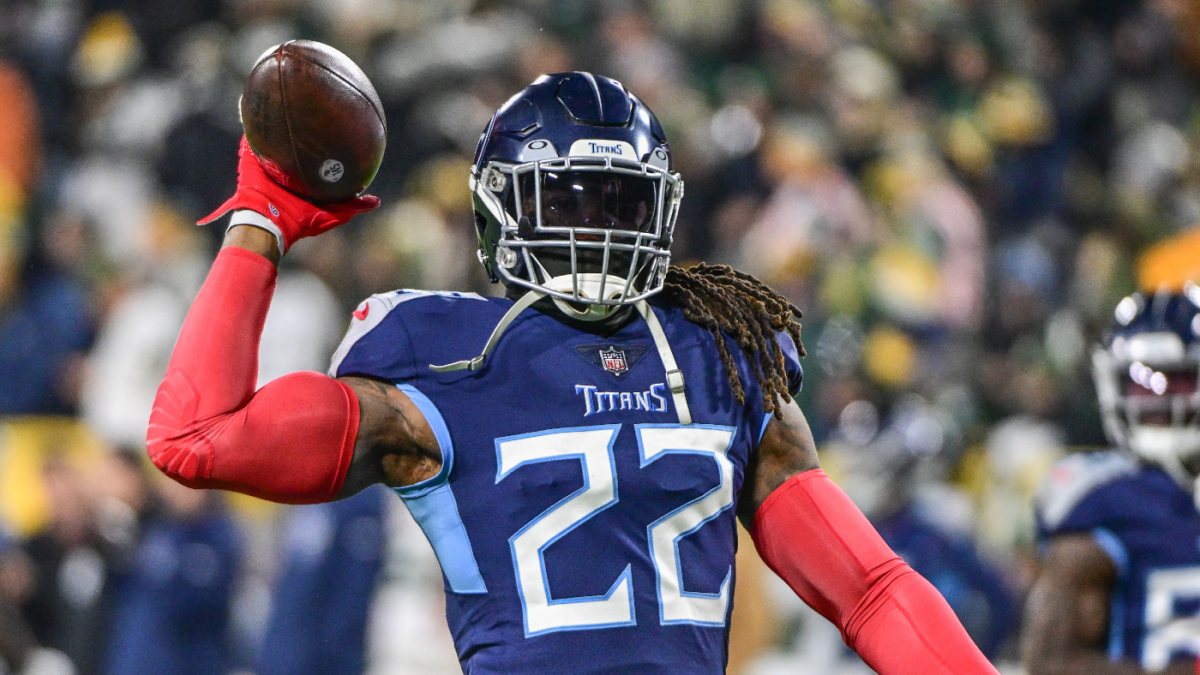 Derrick Henry was already considered an elite player and the NFL’s best running back prior to the Titans‘ “Thursday Night Football” game against the Packers. But after watching Henry’s virtuoso performance during the Titans’ 27-17 win, one has to wonder if Henry is putting together an MVP season that could one day be part of his Hall of Fame resume.

That’s heavy praise, but it’s more than deserved for Henry, whose elite talent was on display in front of a nationally televised audience Thursday night. Henry had success the traditional way — he rushed for 87 yards and a touchdown — while also catching two passes for 45 yards (that included a key 42-yard grab on a Titans’ scoring drive). Henry offered the coup de grâce by throwing a three-yard touchdown pass (his second completion of the night) to tight end Austin Hooper that ultimately served as the game-winning score.

Henry’s performance was one for the history books. He became the first player with at least 20 carries, two completions, a rushing touchdown and a touchdown pass in the same game since the immortal Walter Payton did so in 1983 (h/t Prime Video). Payton did so in a 34-31 loss to the Saints in Week 3 of the ’83 season. The Bears Hall of Fame running back ran for 161 yards on 28 carries, caught two passes for 27 yards and completed both of his two passes for 77 yards and two touchdowns.

Like Payton, Henry is the best running back of his era. A two-time rushing champion, Henry likely would have won a third straight rushing title last season before an injury sidelined him for the final nine games of the regular season. Henry, who passed Saquon Barkley as the NFL‘s leading rusher this season, broke the 1,000-yard rushing barrier for the fourth time in his career Thursday night. Henry’s 7,807 career rushing yards is 158 yards behind former 2,000-yard rusher Chris Johnson for third all-time on the Titans’ career rushing list.

Henry’s performance Thursday night should sling shot him into the league MVP conversation along with Tua Tagovailoa, Tyreek Hill, Patrick Mahomes, Josh Allen and so forth. Henry isn’t worried about individual accolades, though. The former Heisman Trophy winner is instead focused on helping the Titans continue their winning ways. Tennessee is now 7-3 and winners of seven out of its last eight games.

“We’re resilient,” Henry said when asked by Prime Video sideline reporter Kaylee Hartung about the reason behind the Titans’ success. “We love the grind. We love to come to work. We love having team camaraderie, being a family.

“It’s getting better every day. Stuff’s going to get better, no matter what. It’s focusing on the little things. … It’s a grind, and we’re all for it.”