Janet Williams had no idea that sodium valproate could be dangerous: not during her pregnancy with son Lee in 1989, nor in her second pregnancy, with Philip in 1991. Her first question when she found out, when Philip was scarcely a year old, was the obvious one. “Why did no one tell me?” Williams, 57, from Pilling in Lancashire, says: “I had endless appointments, and nobody mentioned it, ever.”

Williams had been taking sodium valproate for her epilepsy; it is also used to manage bipolar disorder and migraines. The drug can cause problems in pregnancy. Children born with foetal valproate syndrome may have spina bifida, congenital heart defects or developmental delays.

Williams and her husband are now full-time carers for their sons, who have been affected by the drug. “It’s hard,” she says. “My husband had to give up work because I was having bad seizures. So he became my carer, and the boys’ carer. That happens a lot with impacted families. The dad gives up work, and all the hard work and pressure is on him.”

Williams is at pains to emphasise that she loves her children: “I wouldn’t change the lads for anything.” But she wishes she had been told about the risks of sodium valproate, because it would have helped her make an informed decision about whether to have children. “If I’d been told straight off,” she says, “we might not have had children. I don’t know. I never had the chance to think about it.”

There are women coming to us pregnant and the doctor hasn’t told them. But women have a right to an informed choice

Determined to prevent others from going through what she did, Williams co-founded In-FACT (the Independent Fetal Anti Convulsant Trust) in 2012. The trust raises awareness of the condition, provides advice to families affected on navigating the welfare and benefits system, and offers emotional support.

“Janet is always ready to give up her time for anyone who needs help,” says Lisa Boothman, whose two children are also affected by foetal valproate syndrome, “even though she has her own disabled children to care for. She turned on the light when I was struggling in the dark trying to understand what was going on.”

The birth defect risks of sodium valproate were known as far back as 1974. But Williams and many other women were not warned about taking it in pregnancy. Around 20,000 children in the UK are believed to have foetal valproate syndrome. Even now, some women taking sodium valproate have no idea that it can be dangerous in pregnancy: a 2017 survey from the Epilepsy Society found that 18% of women did not know of the risks.

“There are still women coming to us pregnant,” Williams says, “and the doctor hasn’t told them.” Some doctors have said they didn’t want to frighten women, in case they stop taking their medication. “To an extent I can understand that,” says Williams. “But women have a right to an informed choice.”

In 2018, she secured a major victory: the UK medicines watchdog, the MHRA, announced that sodium valproate was no longer to be given to women or girls of childbearing age unless they were informed of the risks and supported to access contraception if they chose. New labels appeared on packets, warning of the risks of the medication in pregnancy. “It was like a eureka moment,” says Williams. “We’d done it at last.”

But her work is not over: “Who will look after the lads when we’re not here?” Her sons, now in their early 30s, live at home. “It’s a huge worry.” She’s fighting for a care package from the Department for Work and Pensions to ensure they are looked after when she and her husband are not able to. “But all these services are being cut,” she sighs. “Getting appointments with specialists is difficult. Waiting lists are huge.”

Her work on the trust is exhausting, and the stress can trigger her epilepsy. “I come to the computer around 10am each day,” says Williams, “and I’m here until 4.30pm. It’s a full-time job.” She is also a parliamentary campaigner, organising events and meeting MPs to lobby for support and funding for care plans. “It’s knackering,” she says. “We haven’t had a family holiday for about 12 years. There’s nothing I’d like more. We’re crying out for it.”

Forest Holidays offers to host the Williamses, and the family decamp over the August bank holiday for some much-needed R&R. “It was such a fantastic experience,” says Williams on her return. “Just to have that cabin in the woodland.” They walked a few trails, spent hours in the hot tub, and tried a spot of archery. But mostly, Williams rested.

“I slept like a log,” she says, “which I don’t normally do, because I have so much buzzing in my head. But there, it was total silence. All I could hear was birdsong in the morning, and owls at night. We came back feeling so relaxed.” And now, says Williams, briskly, “it’s back to it.” 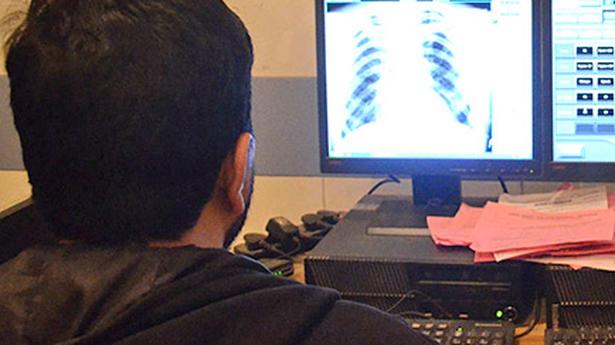 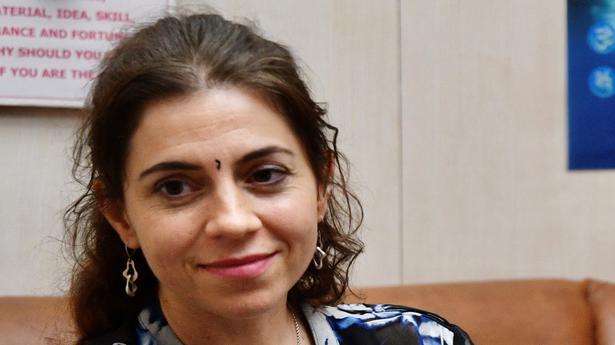