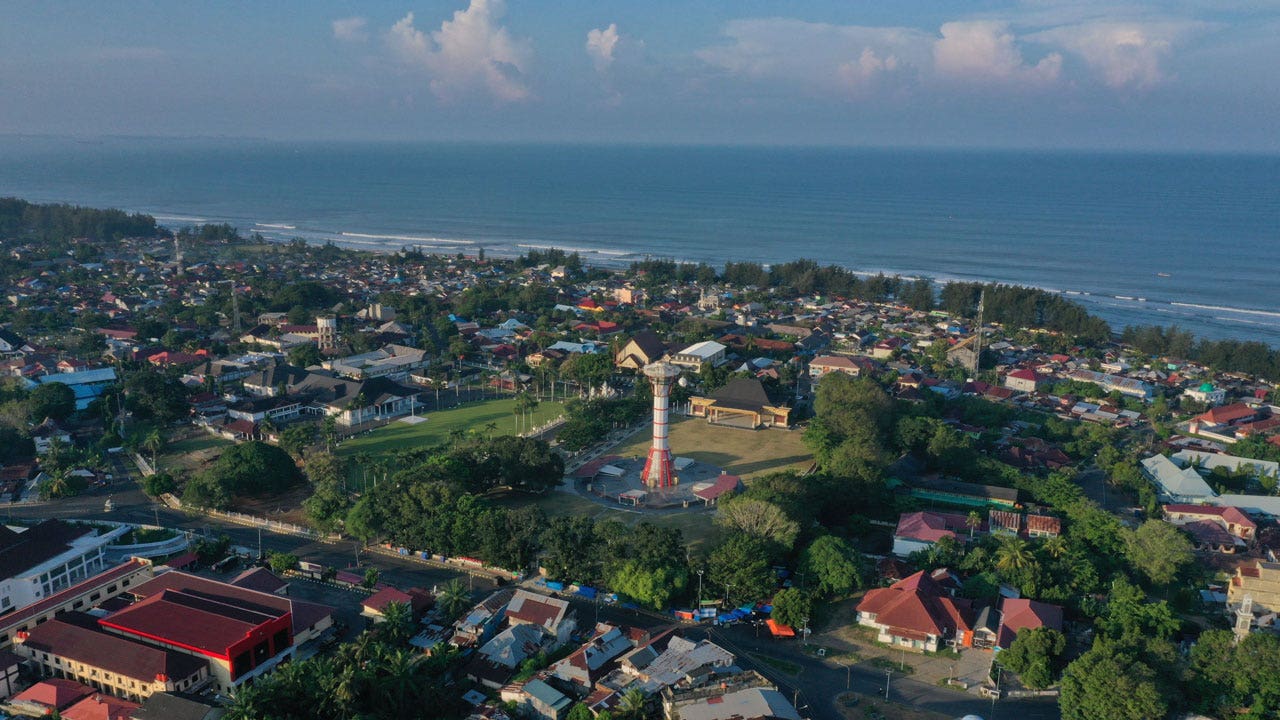 A strong undersea earthquake shook western Indonesia on Friday night but no serious damage or casualties were reported.

The magnitude 6.9 earthquake was centered 126 miles southwest of Bengkulu at a depth of 15 miles, the U.S. Geological Survey said.

The earthquake was followed by an aftershock measuring magnitude 5.4, it said.

No tsunami alert was issued by Indonesia’s Meteorology, Climatology and Geophysics Agency.

The USGS said there was little chance of serious economic losses or fatalities.

Pictured: An aerial photo showing the tsunami tower (center) overlooking the Indian Ocean in Bengkulu on May 2, 2021.
(Adek Berry/AFP via Getty Images)

Indonesia, a vast archipelago of more than 270 million people, is frequently hit by earthquakes and volcanic eruptions because of its location on the “Ring of Fire,” an arc of volcanoes and fault lines in the Pacific Basin.

A powerful Indian Ocean earthquake and tsunami in 2004 killed nearly 230,000 people in a dozen countries, most of them in Indonesia.

New Delhi: The Taliban regime in Afghanistan has backed for usage of India-built Chabahar in Iran and has said that it is ready...
Read more
World

Kyiv has called on the U.S. to help it create a tribunal that would investigate and try Russian leadership for the war crimes...
Read more
World

New Delhi: The Taliban regime in Afghanistan has backed for usage of India-built Chabahar in Iran and has said that it is ready...
Read more
Load more