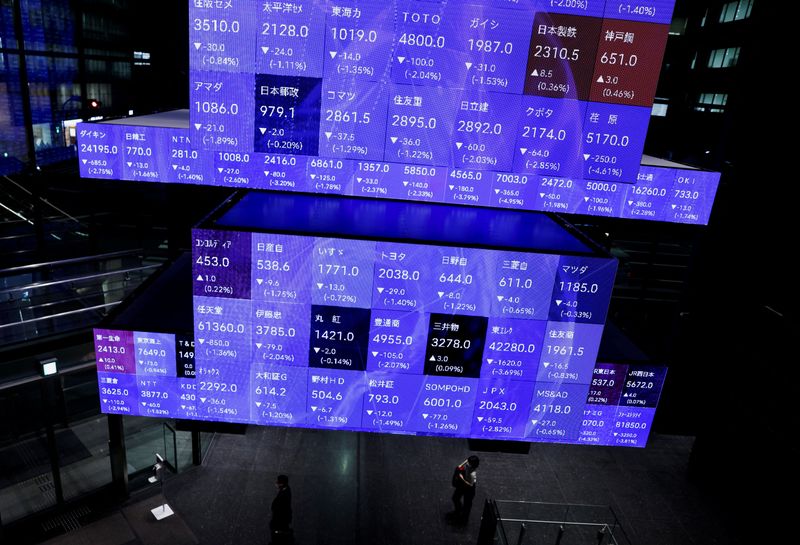 NEW YORK (Reuters) -U.S. stocks rose, then slumped while Treasury yields surged and then fell as markets reacted wildly to a bleak economic picture next year after the Federal Reserve adhered to a tough stance to fight inflation by hiking interest rates.

The three main stock indices jolted up and down, the yield on benchmark spiked to 3.6401% and the dollar surged to a fresh two-decade high after the Fed raised interest rates by 75 basis points as expected.

The Fed also said in a statement following a two-day meeting of policymakers that it expects its policy rate to rise to 4.4% by year’s end and that it will be 4.6% by the end of 2023.

The Fed’s aggressive drive to lower inflation to 2% will take years and comes at a cost of higher unemployment and slower growth, according to projections from policymakers that cast doubt on prospects for a so-called “soft landing.”

The projections show Americans are in for some pain as the U.S. central bank works to end inflation and prevent what Fed Chair Jerome Powell says would otherwise be even worse outcomes.

“The Fed reset the expectations in order to eliminate counterproductive speculation by market participants of a pivot, for now,” said Johan Grahn, head of ETFs at Allianz (ETR:) Investment Management LLC in Minneapolis.

“It’s a logical action by a ‘Volcker-courageous’ Fed, but one that they can walk back at a later date if needed,” Grahn said, referring to former Fed chief Paul Volcker, who tamed double-digit inflation four decades ago by inducing a recession.

“Perhaps the equity market was a little bit optimistic they might soften the language,” Ellen Hazen, chief market strategist at F.L.Putnam Investment Management in Wellesley, Massachusetts, said of the Fed statement.

“A lot of times you see (the market) do something on the day of and then something else the next day. Investors might want to reserve judgment until tomorrow.”

After an inital reaction, markets mostly shrugged off Russian President Vladimir Putin accusing the West of “nuclear blackmail,” remarks that sparked a flight to safe-haven assets like gold and bonds.

The pan-regional index in Europe closed up 0.90% after earlier sliding to its lowest level since early July when Putin announced the military mobilization. MSCI’s gauge of stocks worldwide fell 1.12%.

Oil prices fell after the Fed’s rate hike to quell inflation as it may also reduce economic activity.

Down 44%, is NOW the time to buy Rolls-Royce shares? 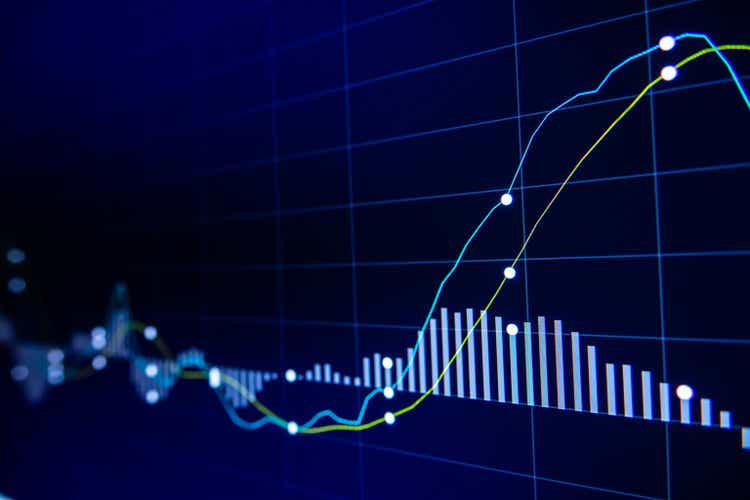