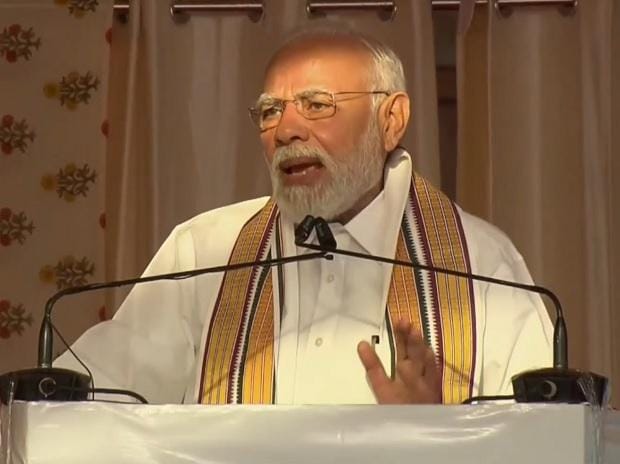 Prime Minister Narendra Modi on Saturday while highlighting the strong bond between Kashi and Tamil Nadu referred to links of eminent poet and freedom fighter Subramania Bharathi with the city.


In his inaugural speech at the Kashi Tamil Sangamam here, he also said Bharthi was attached with Kashi in such a way that it became his part.


“There is a great personality from Tamil Nadu, Subramania Bharathi, a great poet and freedom fighter, who lived for a long time in Kashi and studied here,” Modi said and added “it is said that it was here (in Varanasi) that he (Bharathi) sported his popular moustache”.


The prime minister, who paid rich tributes to the poet, hailed the Banaras Hindu University (BHU) for establishing a chair dedicated to Bharati, which, he said, enhanced its pride.


Born in Ettayapuram of Tirunelveli district (present-day Thoothukudi) in 1882, Bharathi had his early education in Tirunelveli and Varanasi.


Popularly known as “Mahakavi Bharathi”, he was a pioneer of modern Tamil poetry and is considered one of the greatest Tamil literary figures of all time.


In a series of tweets in Hindi, he had also said, “One of the greatest Tamil litterateurs of all time, Mahakavi Bharathi’s home at Kashi Hanuman Ghat is a centre of learning and a holy pilgrimage.”

His works on social justice and women empowerment are relevant even today. Bharathi was introduced to spirituality and nationalism in Kashi itself. Kashi left a deep impact on Bharathi’s personality, Pradhan had said.

Projects worth Rs 40,000 cr to be launched in Assam in next 2 months

Crypto markets experience massive boom and bust cycles that lead to headlines and front-page news. This has brought with it a lot of...
Read more
Load more