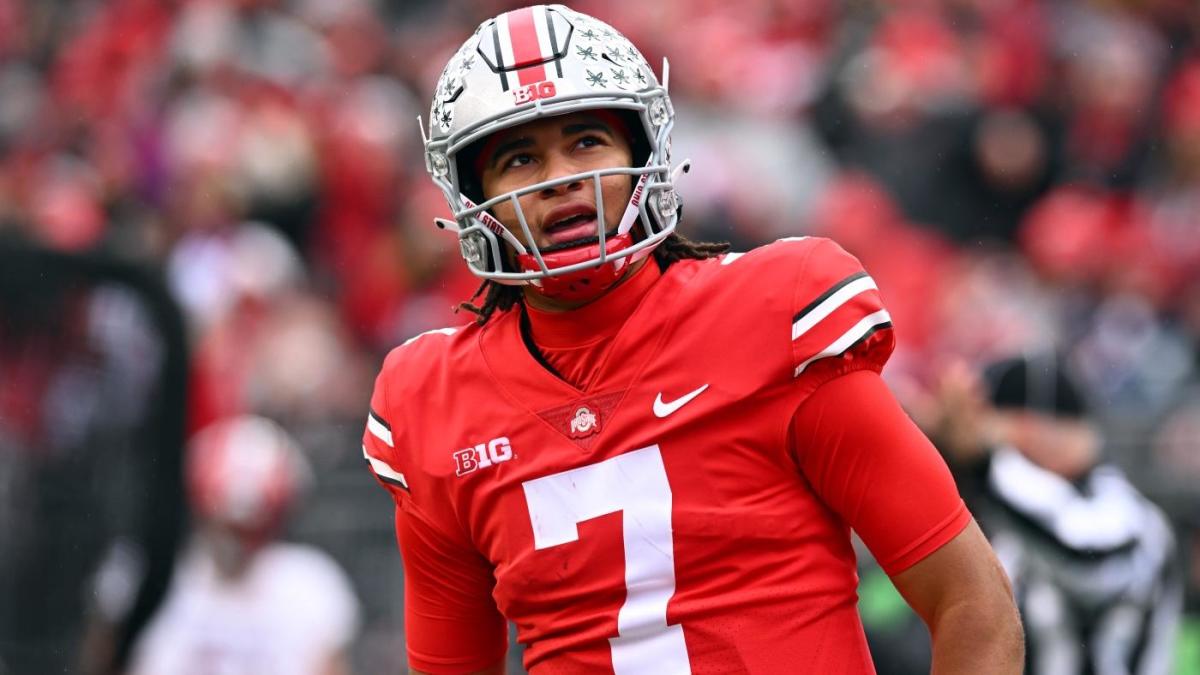 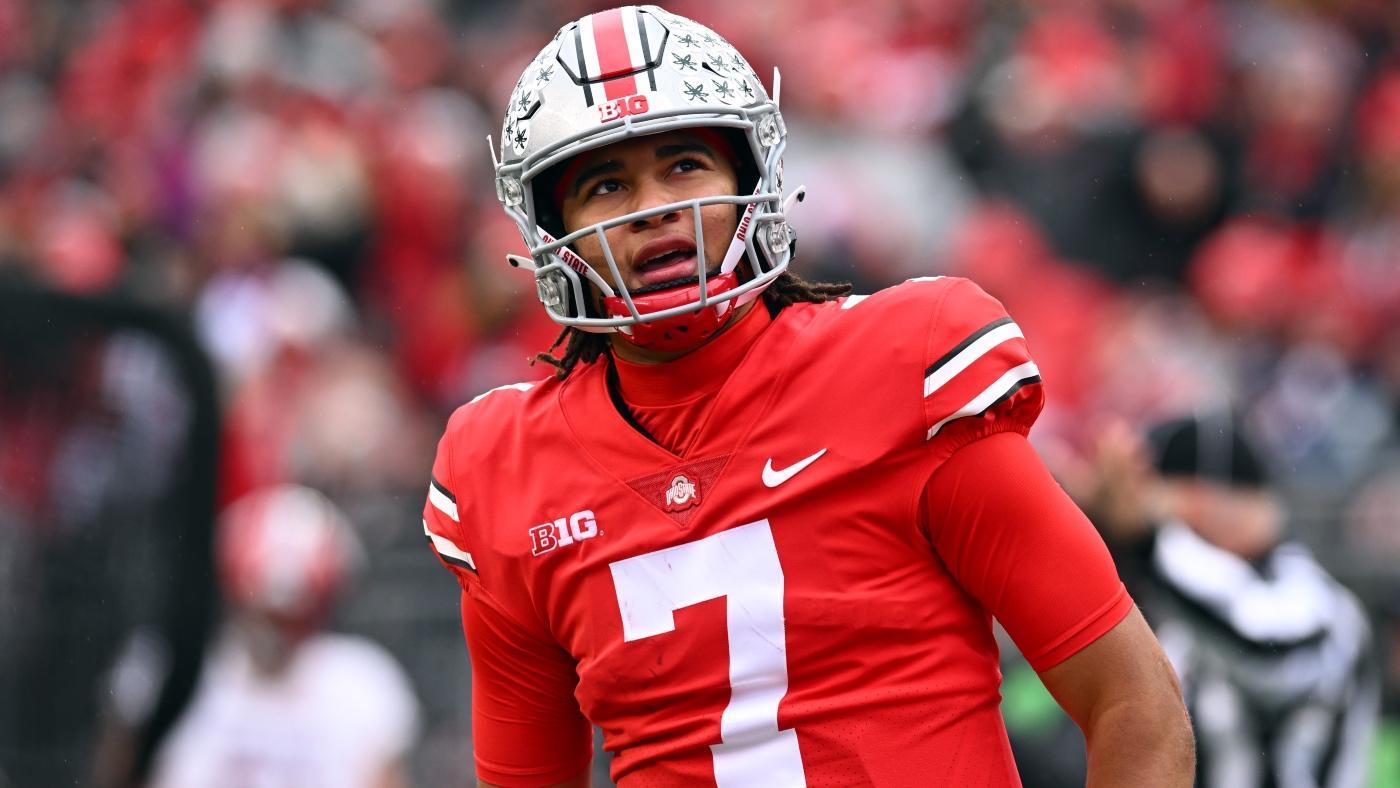 With a road trip to Maryland in Week 12, No. 2 Ohio State will put its undefeated record on the line again. The Buckeyes have dominated the Terrapins since they entered the Big Ten, but will that continue on Saturday?

Ohio State is coming off a 56-14 drubbing of Indiana last weekend, and it maintained its spot in the College Football Playoff rankings as a result. The offense proved that its struggles against Northwestern were just a weather-induced fluke, and wide receiver Marvin Harrison Jr. continued his dominance of the conference. Now, the Buckeyes will try to take advantage of a favorable matchup against a Maryland secondary that has had some issues against opposing passing attacks.

Maryland has had a rough couple of weeks. It has lost back-to-back road games against Wisconsin and Penn State, and now Ohio State is coming to College Park, Maryland. To make matters worse, quarterback Taulia Tagovailoa is going through a slump at the moment. Tagovailoa hasn’t completed over 50% of his passes in either of the team’s last two games, and he has thrown for a combined 151 yards, one touchdown, and one interception. It won’t get any easier against the Buckeyes.

More information about how to watch this Big Ten East battle can be found below.

How to watch Ohio State vs. Maryland live

Emeka Egbuka, Ohio State WR: Ohio State has an embarrassment of riches at the wide receiver position, and Egbuka is one of the team’s biggest stars. He and Marvin Harrison Jr. form a borderline unstoppable duo in the passing game, and they provide quarterback C.J. Stroud with a pair of elite options when he drops back to pass. Egbuka has hauled in 51 passes for 832 yards receiving and eight touchdowns. He has even rushed for 80 yards and a pair of scores.

Taulia Tagovailoa, Maryland QB: Tagovailoa has not been particularly sharp in his last two games, but some of that is due to a lingering injury. Still, when Tagovailoa is at his best, he can give Maryland the chance to hang around in almost every game it plays. If Tagovailoa can get healthier in time for this game against Ohio State, he could provide a nice challenge for the Buckeyes’ secondary. Regardless, it will be interesting to see whether Tagovailoa can get back on track after a rough stretch.

Ronnie Hickman, Ohio State S: Ohio State’s defense has been greatly improved this season, and Hickman has been involved in that. Through 10 games, Hickman has totaled 41 tackles, five passes defended, and one interception. Hickman and the rest of the Ohio State secondary will have to make sure that Tagovailoa doesn’t find his groove in time to put a scare into the Buckeyes.

On paper, this is a massive mismatch in favor of Ohio State. The Buckeyes have flat out dominated the Terrapins since 2014. Ohio State has won all seven matchups, and most of those victories have come in blowout fashion. The biggest point of concern for Ohio State is that this is the definition of a trap game with Michigan on deck. Still, it’s hard to see the Buckeyes faltering at this point when they’ve looked like one of the best teams in the country all year. C.J. Stroud and the Ohio State offense roll while the defense shuts down Taulia Tagovailoa. Prediction: Ohio State -27.5

Which college football picks can you make with confidence in Week 12, and which top-20 teams will go down hard? Visit SportsLine to see which teams will win and cover the spread — all from a proven computer model that has returned almost $3,000 in profit over the past six-plus seasons — and find out.