Novo, Lilly to benefit the most from obesity, but Cowen says don’t ignore other players 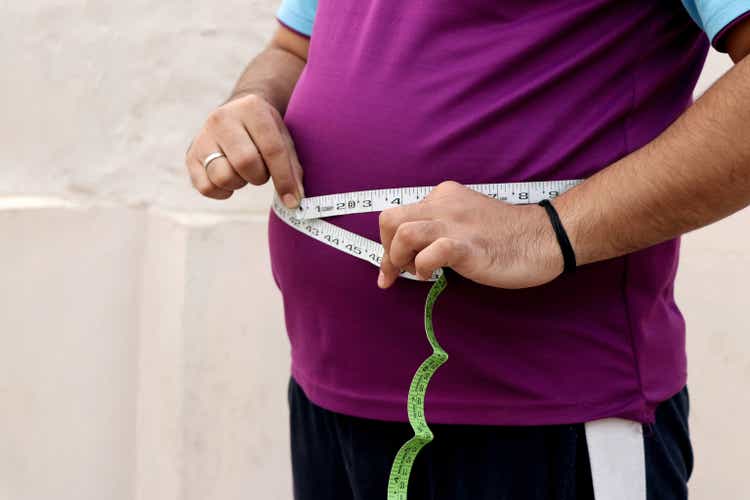 Global obesity drug sales are likely to hit ~$30B by 2020, according to Cowen, with Novo Nordisk (NVO) and Eli Lilly (NYSE:LLY) likely to dominate the market.

But the Wall Street firm also tells investors to not only pay attention to other pharmas with weight loss drug in the pipeline, but keep an eye on companies developing medical devices and digital therapeutics to make in-roads in the obesity treatment space.

In a Nov. 18 report, Cowen said that treatment for obesity is only in its fledgling state. Only 30% of obese individuals ever receive a diagnosis and treatment rates are only in the low single digits. The firm added that drug treatment is only used by just 1%-2% of obese patients.

In a June survey, Cowen found that obesity specialists said they view medication as appropriate for ~60% of their patients. That compares to 20% for surgical intervention. A survey of physicians and payors conducted in October by Cowen found that they agree that the percentage of non-diabetic obese patients on weight-loss drugs is set to increase significantly.

Novo Nordisk (NVO) and Lilly (LLY) are seeking to increase obesity medication usage, and rapidly, with their respective GLP-1 receptor agonists, Wegovy (semaglutide) and tirzepatide. Cowen projects Wegovy sales of over $7B and over tirzepatide sales of more than $11B in 2030. Tirzepatide is currently approved as a type 2 diabetes therapy under the name Mounjaro but Lilly (LLY) is pursuing the drug for weight loss in phase 3.

Cowen is also bullish on Novo (NVO) candidate CagriSema, a combination of semaglutide and a novel amylin analogue, cagrilintide. The pharma released positive phase 2 results in August showing reductions in blood sugar level and weight. Phase 3 is slated to start in 2023. Cowen sees $5B in CagriSema sales if data continues to perform well.

Cowen highlighed ReShape Lifesciences (RSLS) which makes Obalon, an intragastric balloon that is filled with gas. In one study, Obalon led to an average 4.2% weight loss at 12 weeks, making it inferior to other balloons.

Although Better Therapeutics (BTTX) is developing BT-001 as a prescription digital therapeutic (“PDT”) for type 2 diabetes, Cowen said the software-based tool can be applied to obesity. A PDT, usually found in an app, utilizes cognitive behavioral therapy to identify behaviors that can lead to bad lifestyle and diet decisions and make personalized change recommendations.

Secondly, I’m a big fan of the synergies PayPal has via the companies it’s acquired, such as Braintree and Honey. This gives...
Read more
Share Market

U.S. lawmakers propose scaling back controls of Chinese chips for government use: report

PonyWang Several U.S. lawmakers have proposed scaling back the controls placed on Chinese-made semiconductors for use by the...
Read more
Share Market

The Solana price has turned bullish on the daily chart. Over the last 24 hours, the altcoin has risen by 1%. SOL has...
Read more
Load more