Every two seconds someone under 70 dies of a non-communicable disease (NCDs), the majority of them in low- and middle-income countries (LMICs), according to a new report by the World Health Organization.

The WHO study, released today at the UN general assembly in New York, said that LMICs account for 86% of these premature deaths, most of which could be avoided or delayed if people had access to prevention, treatment and care.

The diseases pose one of the greatest health and development challenges of the century but they are “overlooked and underfunded”, according to the report, entitled Invisible Numbers.

Only a few countries remain on track to meet global development targets to reduce premature deaths from NCDs by a third by 2030, showing that the world is failing to take heed of the true extent of these diseases, which cause about 41m deaths each year, or 74% of all deaths globally.

At least 17 million people die prematurely before the age of 70 every year due to NCDs, including heart disease, cancer, diabetes and respiratory disease.

“The data paint a clear picture. The problem is that the world isn’t looking at it,” said the report, due to be presented at the UN for the first heads of state group focused on the prevention of NCDs, chaired by Nana Akufo-Addo, the president of Ghana.

Even though people “instinctively understand why NCDs matter to individuals and families … this understanding of the individual health consequences has not translated into adequate action, either nationally or globally”, the report said.

“This inaction is partly due to a failure to understand the scale of the toll that NCDs take on health, on equity and on economies.”

About one in six deaths occur due to cancer, one in 13 due to chronic respiratory diseases and one in 28 are caused by diabetes.

Tobacco use, unhealthy diets, harmful use of alcohol and physical inactivity are among the major risk factors leading to NCDs. More than 8m deaths every year are attributed to tobacco use; unhealthy diets account for a similar number.

An NCD data portal containing the latest global data on NCDs, risk factors and policy implementation for 194 countries was released alongside the report.

“NCDs undermine social development and are a handbrake on global development,” said Bente Mikkelsen, director of NCDs at WHO. “World leaders recognised the critical importance of NCDs in the sustainable development goals, aiming to reduce premature death from NCDs by one-third by 2030. But currently, just 14 of 194 countries globally are on track to achieve this goal.”

Mikkelsen added that poorer people, especially women and young people, are often aggressively targeted by industry to use tobacco and alcohol, key risk factors for NCDs. “Millions don’t have access to the prevention, treatment and care that could save lives or give years of life back,” she added.

Leanne Riley, one of the report’s authors, said NCDs do not get the attention and funding that is commensurate with their devastating impact. She said people living with NCDs face additional complications at the time of humanitarian crisis, such as during the conflict in Ukraine.

“Russia’s invasion of Ukraine disrupted many health services – including insulin access for people with diabetes. About 9% of Ukrainian adults have raised blood sugar and, as the conflict escalated, millions of people living with diabetes were at risk of not being able to access the daily lifesaving medication they need,” she said.

Riley referred to Rwanda’s success with its HPV vaccine rollout to tackle cervical cancer. In 2011, the country became the first African country to introduce a national HPV vaccination programme.

Nearly 40m deaths could be averted by 2030 if countries adopted the interventions that are known to work, the report said. Only 5% of external aid for health in LMICs goes to prevention and control of NCDs.

“This report confirms what we’ve long suspected – that chronic diseases are now beginning to outstrip infectious diseases as the main driver of mainly preventable ill health and death in lower- and middle-income countries,” said Katie Dain, CEO of the NCD Alliance. “We urgently need a major financial and public health reset by national governments and the global health community before it is too late.”

“The imperative for action is clear and urgent,” Dain said. “NCDs will cost more suffering and lives this decade than any other health issue; will drain the global economy and impede human capital; will both fuel and be fuelled by the growing inequalities in our countries and globally; and will undermine any efforts to ensure the world is better prepared for future pandemics after Covid. Inaction and paralysis is not a viable option.”

Britain is a nation of unhealthy drinkers, and the alcohol industry is happy to cheer us on | James Wilt-MONEY CRYPTO NEWS 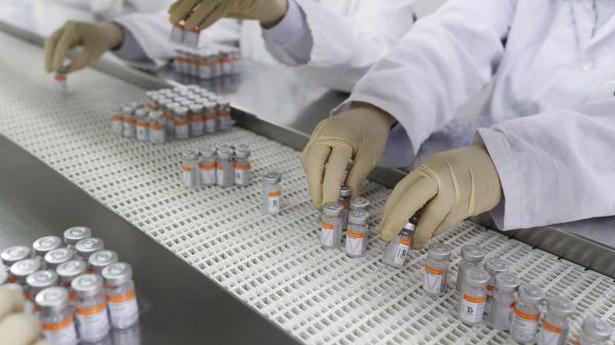