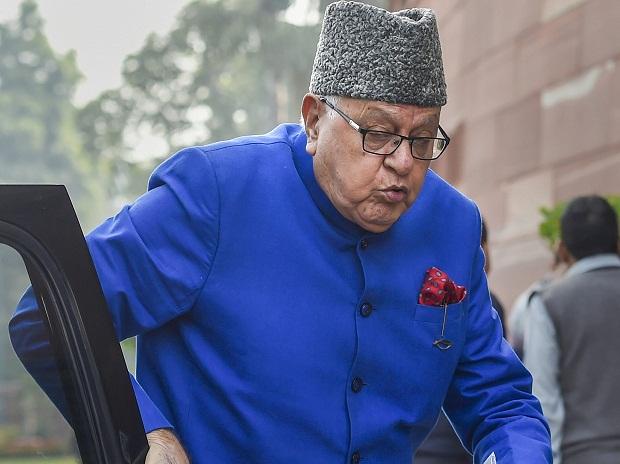 Former President of the National Conference Farooq Abdullah on Saturday addressed a public rally in Jammu and Kashmir’s Akhnoor district and said that they never joined hands with Pakistan.


During his address, the former President of the Jammu and Kashmir National Conference said, “We never joined hands with Pakistan. Jinnah had come to meet my father, but we denied to join hands with him.


The Jammu and Kashmir leader Farooq Abdullah launched a number of attacks on the Centre. “No religion is bad, it’s humans who are corrupted, not a religion. They will use ‘Hindus are in danger’ a lot during the elections but I request you to not fall prey to it,” he said.


Farooq Abdullah also aimed at the Centre for not keeping their promises in the Union Territory. “We were promised 50,000 jobs here, where are they? Our doctors, nurses, paramedical staff, and children are all unemployed,” he said.


The Jammu and Kashmir National Conference (JKNC) on Friday informed about the stepping down of Farooq Abdullah from the post of party president.


With his stepping down, the party’s General Secretary has been tasked to conduct the election for Abdullah’s successor. This election will be completed by December 5; until then, the party will be chaired by Farooq Abdullah.


“Dr Farooq Abdullah Sahib has informed his colleagues of his decision to step down as president of JKNC. In spite of the best efforts of senior colleagues in the party Dr Sahib was adamant that he wouldn’t review his decision,” the JKNC said in a tweet.


“In light of this sudden announcement which has caught everyone by surprise the General Secretary as per the party constitution, has been tasked with conducting the election for party president which will be completed on Dec 5. Until then Dr Sahib continues as President of JKNC,” it said in another tweet.