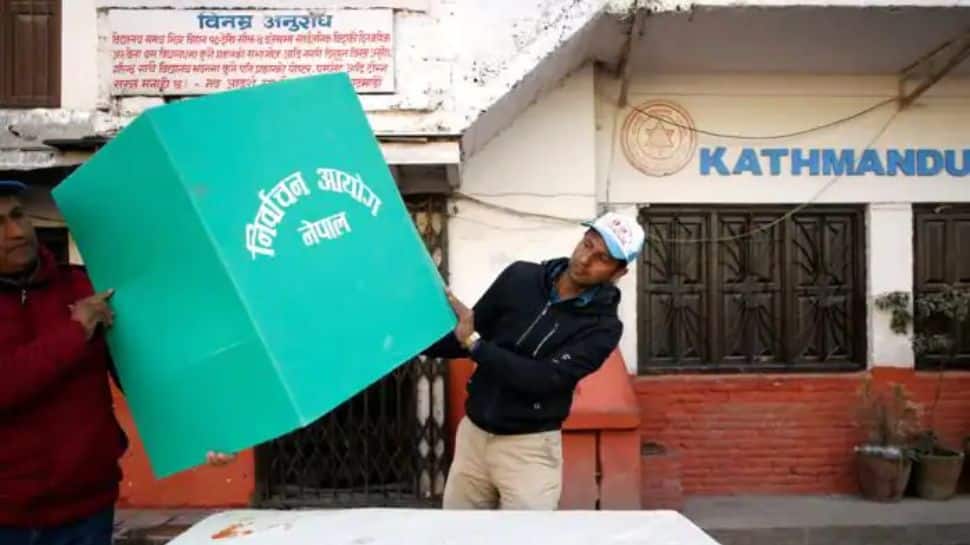 Kathmandu: The ruling Nepali Congress on Monday won the first seat for the House of Representatives as the counting of votes for the parliamentary and provincial elections began amid tight security. The counting started at 7 am local time and will continue till 5 pm, a day after about 61 per cent polling was recorded across the Himalayan nation. Officials from the Election Commission, representatives of parties and the media are present at the centres. Recording of votes for constituencies 1, 3, 4, 6, and 7 of Kathmandu, all constituencies of Lalitpur and Bhaktapur has begun, The Himalayan Times newspaper reported. Likewise, counting has also begun in Kaski, Jhapa, Mustang, Saptari, Banke, Rupandehi and Nawalparasi west, it said.

The Nepali Congress (NC) opened its account as its candidate Yogesh Gauchan Thakali has been elected as a member to the House of Representatives from Mustang. Gauchan secured 3,992 votes against his nearest rival Prem Tulachan of CPN-UML, who secured 3,078, according to the Election Commission.

The vote counting in Taplejung has been delayed as helicopter companies expressed the inability to airlift the ballot boxes from remote areas in the district.

The District Election Management Committee said that the ballot boxes of Olangchungola, Yangma, Gybla and Ghunsa polling stations of Paktanglung Rural Municipality Ward No 6 and 7 are being brought through land route, Republica newspaper reported.

Nepal | Preparations are underway in Kathmandu for voting for General elections that are to be held today. pic.twitter.com/coWfbqtaOF
— ANI (@ANI) November 19, 2022

Yangma is the most remote polling station in the district. The team that walked from the capital Fungling to conduct voting reached Yangma, which lies at an altitude of 4,200 meters, in four days. A total of 12 of the total 61 votes were cast in the area.

Meanwhile, four police personnel died and eight others were injured when their jeep veered off a hilly road at Ningladi stream of Patan Municipality in Baitadi district on Monday morning.

The police personnel were returning to duty after handing over the ballot boxes at the district headquarters, police said. The polling began on Sunday at 7 am local time at over 22,000 polling centres and closed at 5 pm. The voter turnout was significantly lower as compared to the past two elections – 77 per cent in 2013, and 78 per cent in 2017.

Voters also voted to elect representatives to seven provincial assemblies. Out of a total of 550 members of the provincial assemblies, 330 will be elected directly and 220 will be elected through the proportional method. There are two major political alliances contesting the polls — the ruling Nepali Congress-led democratic and leftist alliance and the CPN-UML-led leftist and pro-Hindu, pro-monarchy alliance.

The next government will face challenges of keeping a stable political administration, reviving the tourism industry, and balancing ties with neighbours — China and India. Out of a total of 2,412 candidates contesting the election for federal Parliament, 867 are independents.

New Zealand's government health service has applied to remove guardianship of a four-month-old baby girl from her parents after they demanded that her...
Read more
World

The estate of Jeffrey Epstein has agreed to pay the U.S. Virgin Islands more than $105 million to settle a lawsuit alleging that...
Read more
Load more