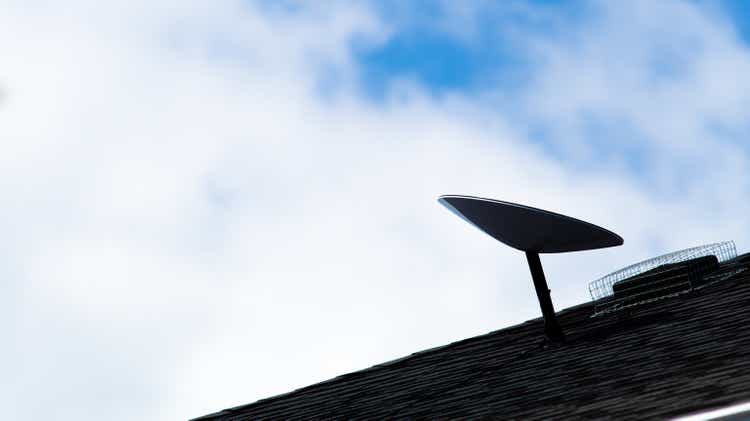 
Satellite internet is the rage these days after T-Mobile (NASDAQ:TMUS) unveiled a partnership with Elon Musk’s Starlink (STRLK) and Apple (NASDAQ:AAPL) teamed up for emergency services with provider Globalstar (NYSE:GSAT). While satellite technology has been around for more than two decades, service has historically been spotty and was held back by its high price tag. However, the frequencies are starting to change, as newer generation satellites cut down on latency, and bigger constellations rolled out in “low Earth orbit” bring down the prohibitive costs.

Battle for the sky: Services like Starlink (STRLK) are being hailed by the rural population and those living in remote areas, and is now available on all seven continents – including Antarctica. Musk’s mission statement for the company was even recently expanded after providing service to the Ukrainian military after Russia severed lines of communication and key infrastructure following its invasion in February. Similar discussions are now taking place as Iran gets hit by widespread protests – over the death of a woman in the custody of the country’s morality police – and subsequent reports that the government once again restricted internet usage to control dissent.

“Starlink will ask for an exemption to Iranian sanctions in this regard,” Musk responded over Twitter after a user asked if it was technically possible to provide the service to the Iranian people. “It could be a game changer for the future,” @erfan_kasraie added in the tweet.

Go deeper: Musk hasn’t provided further details on how things would work, but Iranian users would likely need Starlink (STRLK) antennas and modems to access the broadband service. In the meantime, SpaceX (SPACE) is looking to rapidly expand Starlink (STRLK) with a constellation of up to 42,000 satellites, and is heavily outpacing its rivals. Amazon’s (NASDAQ:AMZN) Project Kuiper is mostly on paper and competitor OneWeb has only launched 218 satellites (compared to the 3,000 that are currently supporting the Starlink network). Other current competitors include HughesNet, which is owned by EchoStar (NASDAQ:SATS), as well as Viasat (NASDAQ:VSAT), which offer download speeds of 25-100 Mbps.

HELOC rates are holding steady. So is it time for you to get a home equity line of credit?-MONEY CRYPTO NEWS