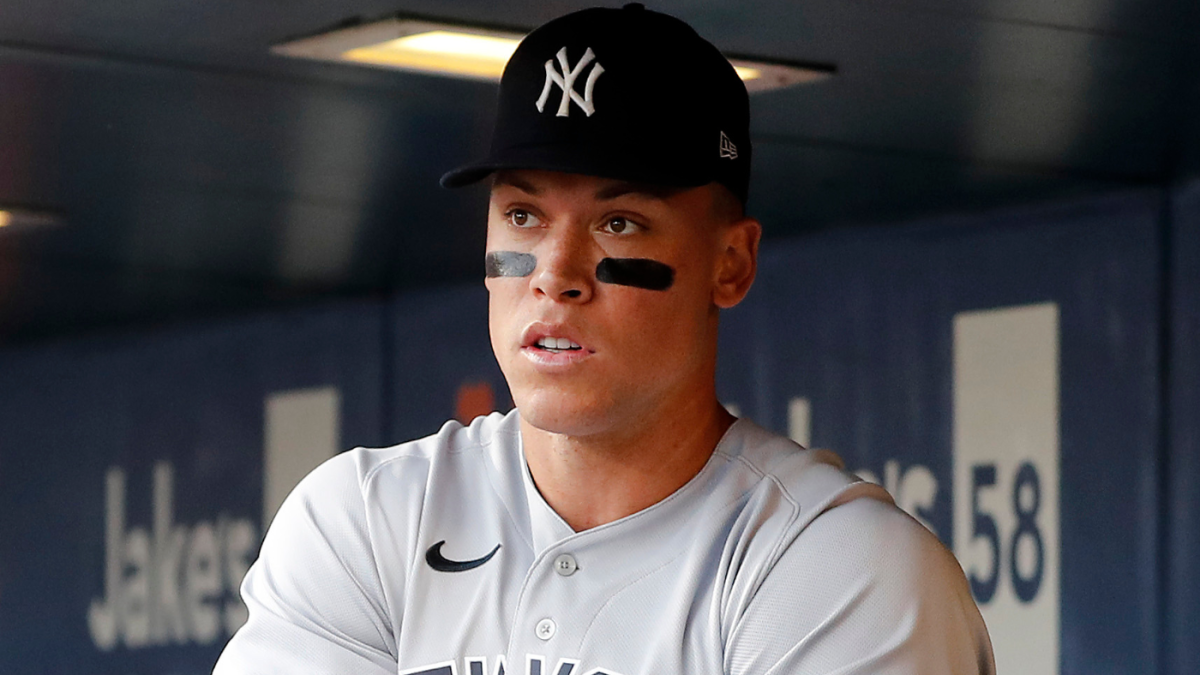 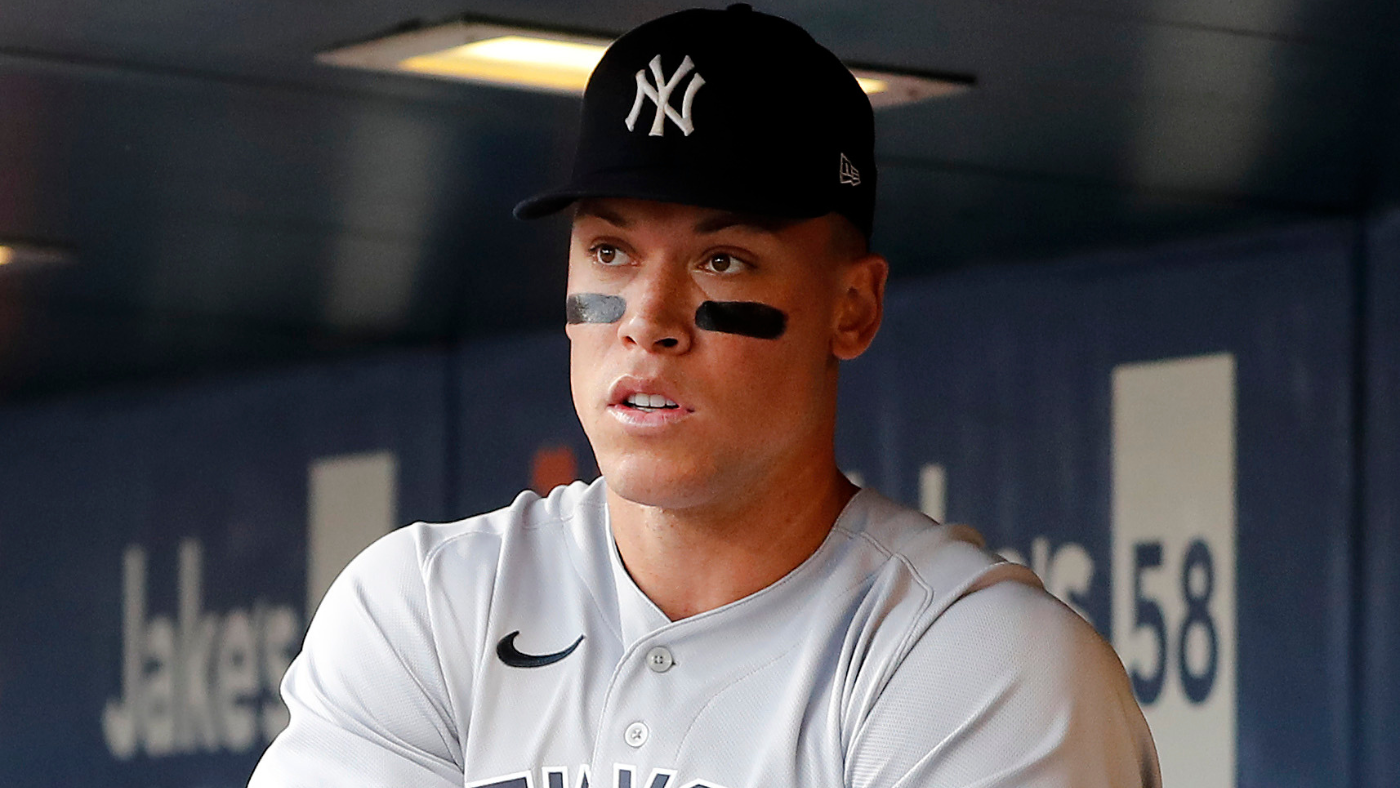 While it’s possible there’s a minor flurry of moves here in the Major League Baseball offseason, Thanksgiving looms in a few days and that means it’s likely to be a slow week. Still, very few free agents have signed and most big names rumored to be on the trade block have thus far not been dealt. That means we’re bound to see a bevy of rumors this week.

Judge to meet with Giants

Outfielder Aaron Judge has arrived in San Francisco and is expected to meet with the Giants this week, according to MLB Network’s Jon Morosi. Judge, of course, was ranked by CBS Sports as the top free agent available this offseason. Here’s what we wrote at the time:

Here is the most menacing Judge this side of Cormac McCarthy’s oeuvre. It may make no difference what men think of WAR, but Judge has amassed more of it during the Pandemic Era than any player except Shohei Ohtani, according to Baseball-Reference’s calculations. How could he not have? He hits for average; he walks; he hits for power (obscure fact: he broke the American League’s single-season home-run record); and he has one of the stronger outfield arms in the majors. The Yankees even used him in center for most of the season, a nod toward his athleticism. The knocks against Judge remain the same as they were in the springtime, when he rejected a seven-year extension offer worth $213.5 million: 1) he’s on the wrong side of 30 (he’ll turn 31 in April) and 2) he’s had his share of injuries. The most important number on Judge’s stat sheet, then, might not be 62 but rather 152, or his average number of games played the last two years.

A meeting doesn’t necessarily mean anything, but industry insiders widely expected the Giants to be among the top potential suitors for Judge. We’ll see if anything further fosters between the sides.

Yankees check in on deGrom?

The Yankees have requested medical information on Jacob deGrom, according to SNY, though the report comes with the caveat that this doesn’t necessarily mean the Yankees are going to pursue deGrom in free agency. It seems as though this is merely a due-diligence-type request.

The Yankees’ top priority this offseason remains bringing Aaron Judge back. Until then, they’ll likely continue to work backup, contingency plans that they hope won’t be needed.

In addition to the Mets, the Braves and Rangers have also been mentioned as deGrom suitors. I’ll speculatively add the Dodgers, too.

Given that he’s a former MVP and only 27 years old, it might surprise some to learn that Cody Bellinger is seeking a one-year deal in free agency. That’s exactly the case, reports Ken Rosenthal of The Athletic, quoting Bellinger’s agent, Scott Boras.

“I’ve already been offered multi-years,” Boras said. “Most likely, because of his age, we don’t want a multi-year.”

The rationale here is that Bellinger and Boras believe the 2020 shoulder injury lingered into 2021 and affected his performance even into 2022. They’d like a one-year deal to rebuild value before hitting free agency for a big payday on a long-term deal, then.

There’s already been a ton of reported interest in Bellinger. Even though the Dodgers didn’t want to retain him — which seems like it should be a red flag, on the surface — he’s a plus defender in center field who can also handle first base. He runs the bases well, too, so even if he doesn’t hit, he could be helpful for many teams. He’s also not that far removed from hitting .305/.406/.629 with 47 homers and 115 RBI in his MVP campaign.

The Blue Jays are one of the teams that have shown interest in Bellinger, reports Jon Morosi of MLB.com. The Cubs are another team connected to Bellinger, via The Athletic.

Free agent outfielder Mitch Haniger has spent the overwhelming majority of his big-league career with the Mariners and a return there remains a possibility. There are other suitors, too, though. The Dodgers, Angels and Rangers are in talks with Haniger, according to Morosi.

Haniger will be 32 next season and he’s shown major offensive upside when he’s been able to stay on the field. He had 39 homers and 100 RBI in 2021 and he has a 126 OPS+ in 530 games for Seattle. Of course, he only played in 63 games in 2019, missed 2020 and managed just 57 games last season. Interested teams will need to balance his offensive capabilities with his durability questions.

D-Backs could deal from strength

As noted in Rosenthal’s column at The Athletic, the Diamondbacks have four left-handed-swinging center fielders in Corbin Carroll, Daulton Varsho, Alek Thomas and Jake McCarthy. As such, they are open for business to trade one of them.

First off, fret not, D-Backs fans: Carroll is off limits. The 22-year-old former first rounder is someone they are looking to build around.

Varsho is also unlikely to be moved, especially with him being able to play catcher, too.

That leaves Thomas and McCarthy as the trade chips.

If the D-Backs do deal Thomas and/or McCarthy, they are reportedly looking for right-handed power and big-league-ready pitching.

COLUMBIA, S.C. -- Aliyah Boston looked as healthy as ever, and that's rarely a good thing for No. 1 South Carolina's opponents.Boston had...
Read more
Sports

In a recent court filing, Dwyane Wade says it "is in her best interest" for his 15-year-old transgender daughter, Zaya, to legally change...
Read more
Sports

Recently, I borrowed a friend’s 25-year-old BMW for a long trip. Every time I put it in reverse, I missed not having a...
Read more
Load more