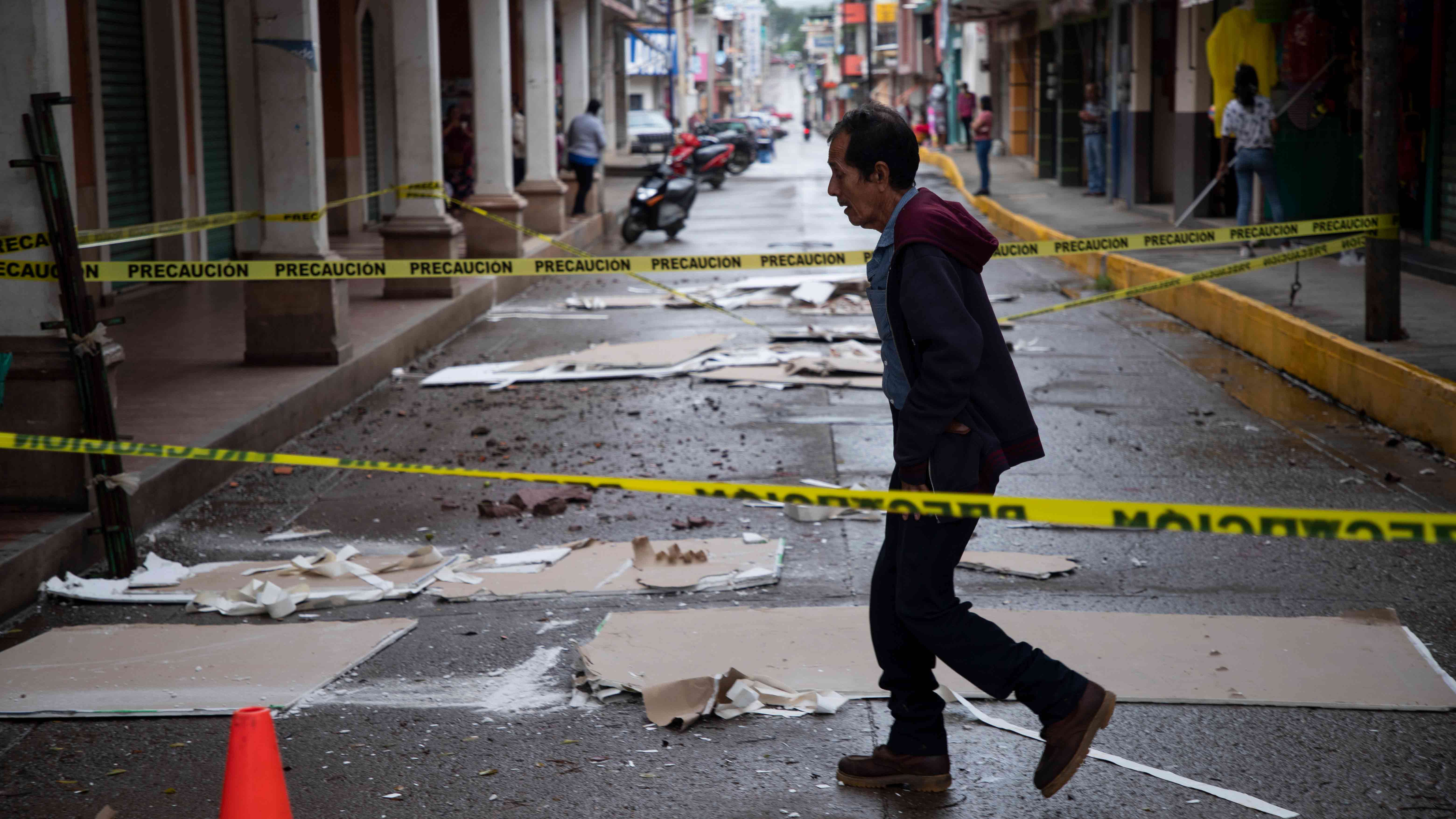 As the parents of children killed when a school collapsed during Mexico’s 2017 earthquake celebrated a Mass in their memory, the ground began to shake again.

“No, not again! My God, not again!” they shouted when a magnitude 7.6 earthquake rattled the capital Monday, killing two people in the Pacific coast state of Colima.

Three powerful earthquakes have struck Mexico on Sept. 19 — in 1985, 2017 and now 2022. The unlucky coincidence has driven anxiety high for many. The last two quakes also came very shortly after the annual earthquake drill conducted every Sept. 19 to commemorate the devastating 1985 temblor.

Mexico’s national Civil Defense Coordinator Laura Velázquez said Tuesday that the two deaths in Colima were due to parts of buildings collapsing. Ten people were injured — nine in Colima and one in neighboring Michoacan.

Man walks down a street in Coalcoman, Mexico, on Sept. 20, 2022, after it was damaged by an earthquake the day before.
(AP Photo/Armando Solis)

“It’s really strange, but a lot of people already don’t like that day,” said Jorge Ornelas, a call center coordinator. He said a lot of his acquaintances begin to worry about an earthquake come September.

“If we keep thinking that every Sept. 19 it’s going to shake, it’s going to continue happening every year, because what you think is always what happens,” the 35-year-old Ornelas said.

Xyoli Pérez-Campos, a researcher in the seismology department at the National Autonomous University of Mexico’s Geophysical Institute, said there was no physical reason for the coincidence of major earthquakes on a single day. Monday’s earthquake was the result of the “interaction of the Cocos plate with the North America plate,” which also generated the 1985 earthquake.

Five plates — the North America, the Pacific, the Rivera, the Caribbean and the Cocos — all run under Mexican territory.

“The plates break when it’s their time to break,” Pérez-Campos said. “What are they going to know about the calendar?” 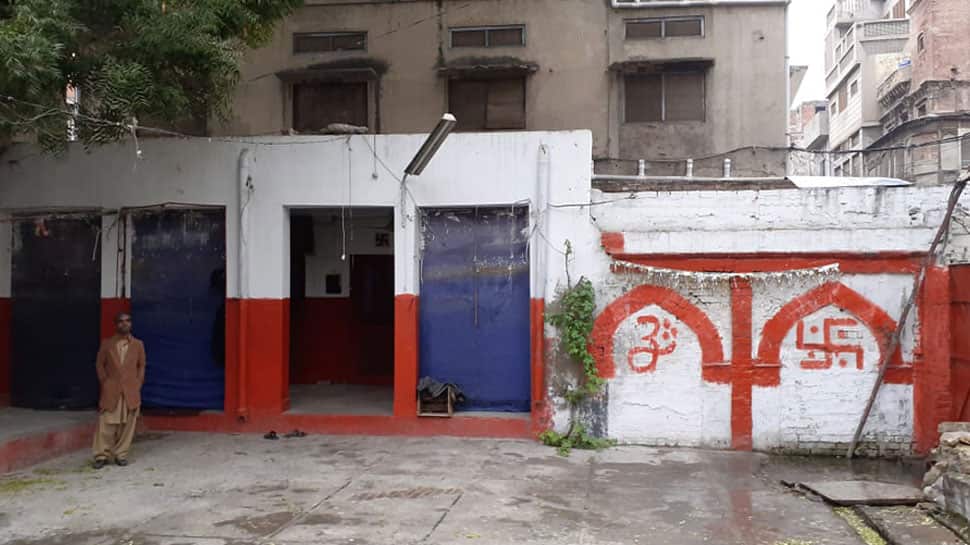 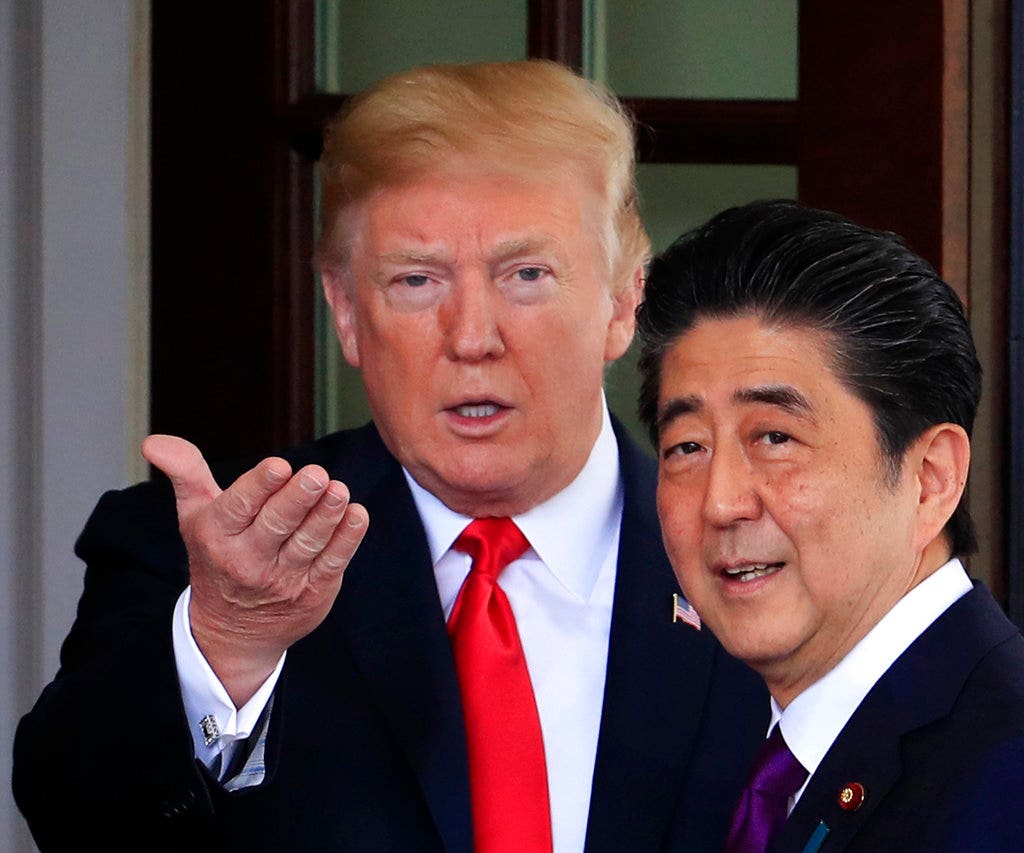 Trump mourns Japan’s Shinzo Abe, ‘a unifier like no other’ who ‘cherished his magnificent country’-MONEY CRYPTO NEWS 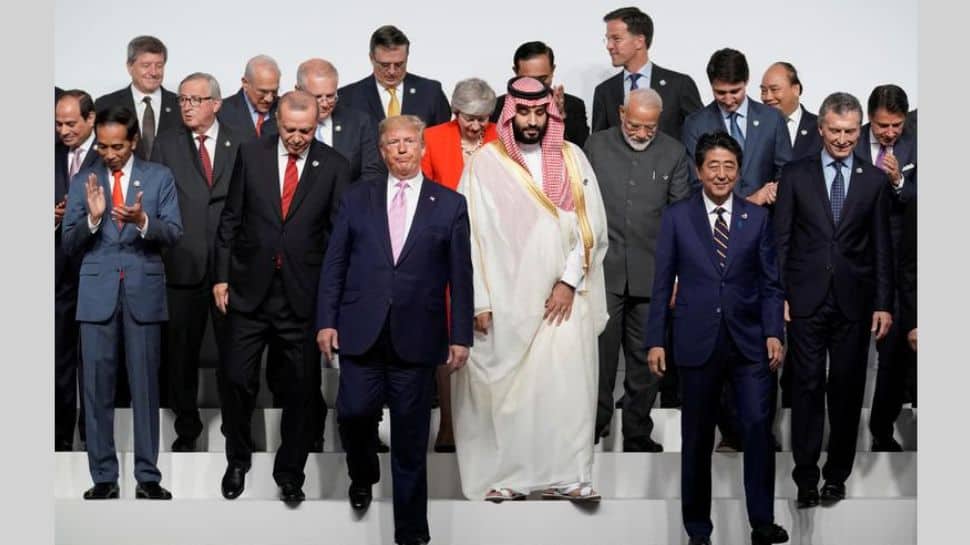 ‘Have to make sure G20 is relevant,’ says Indonesia’s Ambassador Ina Krisnamurthi