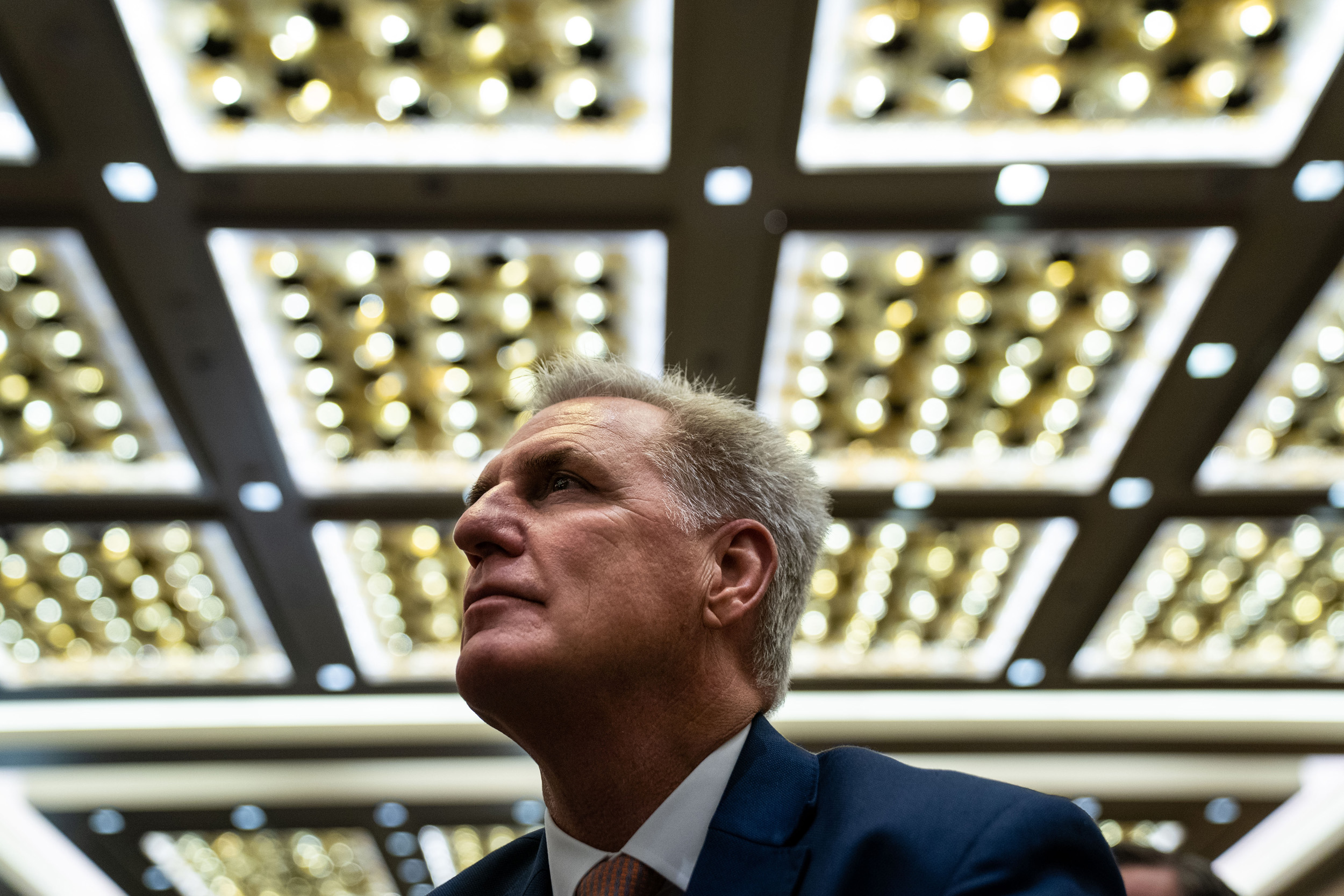 WASHINGTON — Weeks before the midterms, House Minority Leader Kevin McCarthy on Friday rolled out a sweeping legislative agenda that aims to unify his often divided conference and demonstrates what House Republicans would do if voters put them back in power.

The product of more than a year of work, the “Commitment to America” platform focuses on four key pillars — the economy, security and public safety, freedom and government accountability — areas that Republicans say President Joe Biden and his party have failed to address since taking control of Washington two years ago.

“What we’re going to roll out today is a commitment to America in Washington — not Washington, D.C., Washington County, Pennsylvania. You want to know why? It’s about you; it’s not about us,” McCarthy told a crowd at a metal sheet working plant in Monongahela, Pennsylvania, just outside Pittsburgh.

“We want to roll it out to you, to the entire country, [so you] know exactly what we will do, if you would trust us and give us the ability to take a new direction for this country. But the commitment is a plan — a plan for a new direction.”

McCarthy said the first bill House Republicans would attempt to pass next year seeks to repeal the $80 billion in new IRS funding that was included in Biden’s Inflation Reduction Act. He also said Republicans would aim to pass a “Parents’ Bill of Rights” that will give parents more of a say in the curriculum that is taught in schools.

Republicans embarked on a listening tour with constituents this summer, McCarthy said, noting the issues that he said came up the most: inflation, high gas and grocery prices; migrants and Fentanyl drugs coming across the southern border; surging crime rates; and young students who have fallen behind from pandemic-related school closings.

Democrats “control the House, the Senate, the White House. They control the committees, they control the agencies … but they have no plan to fix all the problems they created,” McCarthy added.

The unveiling of McCarthy’s plan highlights a strategic break with his Senate counterpart, Minority Leader Mitch McConnell, R-Ky., who has decided not to release a legislative agenda before the elections. Instead, McConnell is betting that keeping up attacks on Biden, whose approval rating is underwater, is all that is needed to wrest control of the Senate from Democrats.

McCarthy, however, believes Republicans need to state what they are for to win back the lower chamber, which they last controlled in 2018.

For example, to tackle high gas and energy prices and reduce reliance on foreign countries, Republicans say they want to boost domestic oil and natural gas production and cut the permitting process time in half.

To respond to rising crime, Republicans would support the hiring of 200,000 more police officers with recruiting bonuses. They would also end remote or “proxy” voting, which was put in place by House Speaker Nancy Pelosi as a health measure during the pandemic but is still in use.

Commitment to America is reminiscent of Newt Gingrich’s Contract with America agenda, which in 1994 helped propel House Republicans into power for the first time in 40 years. Gingrich was elected speaker after those midterms, a path McCarthy hopes to follow.

Election watchers have favored Republicans to win back the House on Nov. 8; they need to pick up a net of just five seats to take control.

After speaking to Republicans in the Capitol on Thursday, Gingrich praised McCarthy’s plan as “much deeper and more complex” than his own agenda 28 years ago. McCarthy’s offers more than 100 policy proposals, a website and a Spanish language section that will help members and candidates communicate the GOP’s message to voters, the former speaker said.

“The unity in there was astonishing,” Gingrich said, emerging from the closed-door meeting. “I mean, I was amazed at members who normally find some reason not to be together getting up and saying, ‘We’re on the same team.’”

There was a united front flanking McCarthy as well.

The two Republican men who last held the job of speaker — John Boehner and Paul Ryan — were driven out of power after public clashes with the far-right Freedom Caucus. But Rep. Marjorie Taylor Greene, R-Ga., a top Donald Trump ally and one of the Freedom Caucus’s most high-profile figures, was seated on stage on Friday directly behind McCarthy. A few seats away was one of the GOP’s most moderate members, Rep. Dave Joyce of Ohio.

“If you look around, we’ve got members here from New York all the way to the border with Tony Gonzales. We’ve got people that have different approaches all the way from Dave Joyce to Marjorie Taylor Greene,” said Rep. Guy Reschenthaler, R-Pa., who introduced McCarthy and who represents the district where the rollout was held.

Democrats have acknowledged they face an uphill climb in holding the House, but they believe they have a surge of momentum after the Supreme Court voted to overturn abortion rights and a series of legislative wins.

Later Friday, Biden will offer a rebuttal at a campaign event in Washington, D.C., pointing to a revival of American manufacturing and the economy’s recovery from a COVID recession, aides said. He’ll also tout this summer’s passage of the Inflation Reduction Act, which is aimed at cutting health care costs and tackling climate change.

“It’s hard to make a commitment to America when a bunch of your members should be committed,” Maloney said.

US marshal injured in shooting in Atlanta suburb-MONEY CRIPTO NEWS

In a Ukrainian forest, Russian retreat means digging up the dead