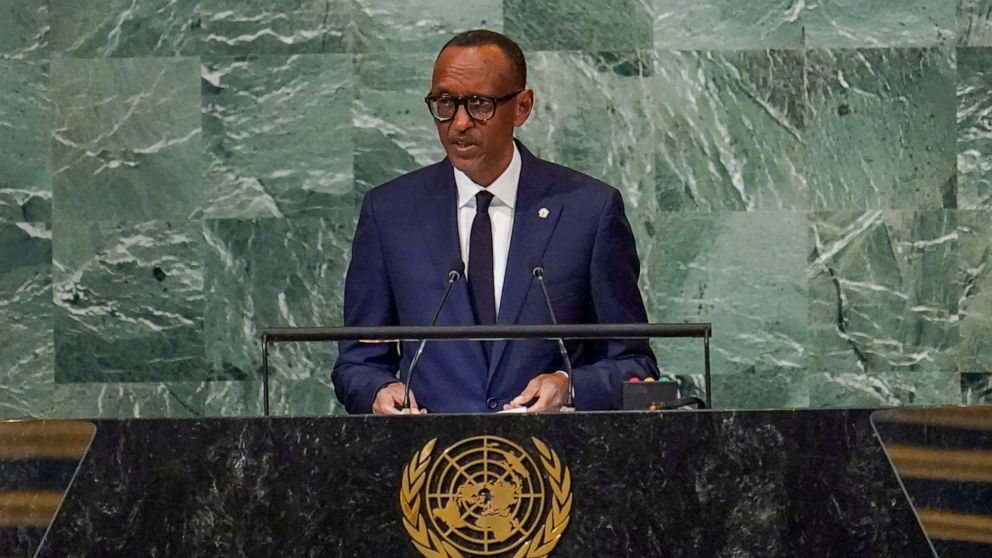 
UNITED NATIONS — The Latest on the U.N. General Assembly:

It’s been three decades since the U.N. General Assembly adopted the Declaration on the Rights of Persons Belonging to National or Ethnic, Religious and Linguistic Minorities. And the U.N.’s top officials say it’s never been more pressing to uphold its ideals than now.

The U.N. secretary-general and the president of the General Assembly convened a high-level meeting Wednesday to commemorate the anniversary and exhort members to renew efforts to protect and include minorities.

In his opening remarks, the president of the General Assembly said that 75% of the known stateless population across the world belonged to minority groups and more than 70% of the targets of hate speech or crimes are minorities. Csaba Kőrösi said the point of the meeting was not just to cast blame — but to find solutions.

The meeting was expected to take much of the day, with more than 80 speakers on the roster for the general debate.

Rwandan President Paul Kagame has called accusations lobbed by neighboring Congo a “blame game” that does not solve the region’s problems.

Congo alleges that Rwanda is providing support to the M23 rebel movement, which reemerged last November after remaining mostly dormant for a decade. The rebels’ clashes with the Congolese military have killed hundreds and forced some 200,000 people to flee their homes.

Congo’s president reiterated those accusations at the U.N. General Assembly on Tuesday.

Rwanda has repeatedly denied backing M23, and on Wednesday Kagame said Congo was responsible for cross-border attacks that were “entirely preventable.”

“In eastern (Congo), recent setbacks have served to highlight that the security situation is fundamentally no different than it was 20 years ago when the largest and most expensive United Nations peacekeeping mission was first deployed,” Kagame told U.N. the General Assembly.

“Africa and other developing nations produce only a small proportion of greenhouse gas emissions, compared to industrial economies. Yet we are the hardest hit by the consequences of climate change as we see in the sustained droughts in Somalia and floods of unprecedented severity in Pakistan,” he told the U.N. General Assembly on Wednesday.

“These and other climate-related occurrences are now sadly becoming widely commonplace in the developing world. We are, in effect, literally paying the price for policies that others pursue. This needs to change.”

Buhari says he hopes the UNGA and the upcoming COP27 climate conference “will help galvanize the political will required to drive action towards the fulfillment of the various existing climate-change initiatives.”

Virginia teen who vanished in 1975 identified through DNA testing