Kirk Cousins in prime time: A history of the Vikings QB failing under the bright lights 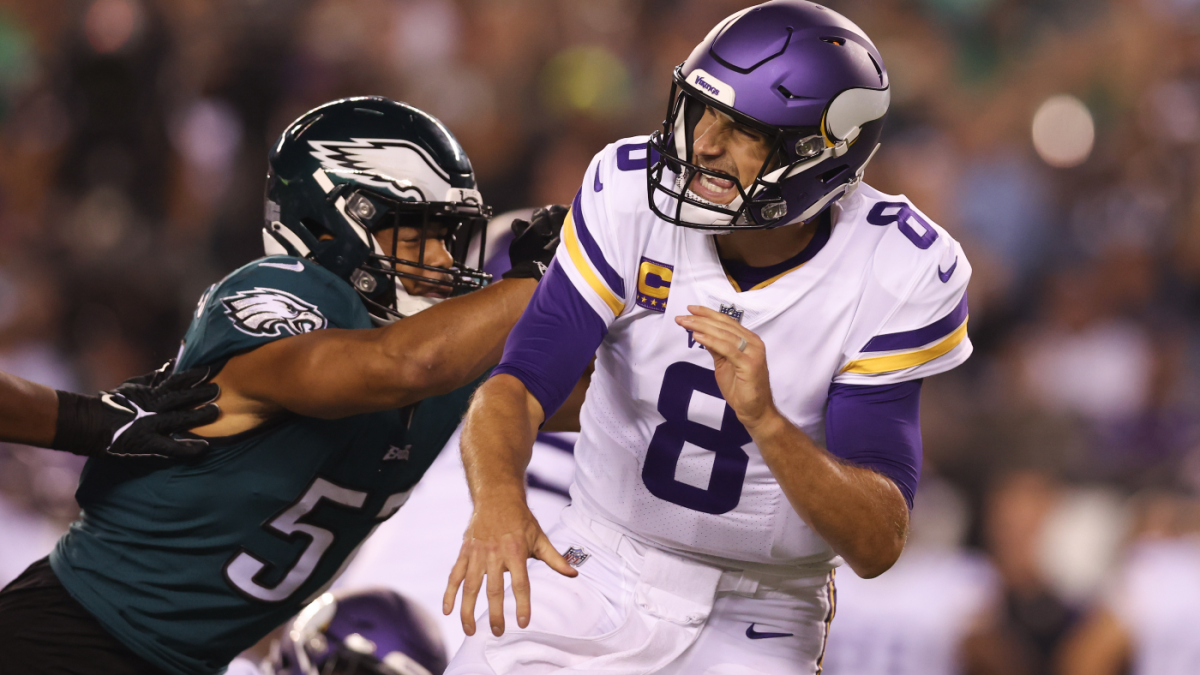 Kirk Cousins was 10 years old when the cult classic “Office Space” hit the big screen. While it probably didn’t resonate with him then, Cousins now can surely identify with the movie’s main character, who endured a serious “case of the Mondays” during the film’s opening sequence.

Known for not playing his best in prime time, Cousins fell to 2-10 straight up and against the spread on “Monday Night Football” as a starting quarterback following the Vikings‘ 24-7 loss to the Eagles in Week 2 of the 2022 season. It is the worst record of any starting quarterback in Monday night history with a minimum of 10 starts (h/t James Palmer of NFL Media).

The only success Cousins has enjoyed on Monday night has come against the Bears, with both of his wins and covers coming against the team from the Windy City. Now the question is: Will that continue on a Thursday, with the Vikings set to host the Patriots on Thanksgiving at 8:20 p.m. ET?

Along with Cousins’ 2-10 record on Monday nights, he has completed 63.2 percent of his passes for 2,875 yards with 17 touchdowns and 11 interceptions.:Here is a look at all Cousins’ prime-time regular-season games.

Fresh off of their impressive season-opening win over the Packers, Cousins and his teammates were unable to duplicate that performance against the Eagles, who also won their season-opener after escaping Detroit with a three-point win. After throwing for 277 yards and two scores against the Packers, Cousins threw for just 221 yards with one touchdown and three interceptions against the Eagles’ defense. His third interception, which was Darius Slay’s second interception of the night, occurred in the end zone after Jordan Hicks gave the Vikings a short field after picking off Jalen Hurts midway through the fourth quarter.

Along with the picks, the Vikings saw five other drives end with Ryan Wright punts, as Minnesota never found its rhythm offensively. With the Vikings’ passing game neutralized, the Eagles defense swarmed Pro Bowl running back Dalvin Cook, who was held to just 17 yards on six carries. In fact, Cousins finished as the Vikings leading rusher with 20 yards on the ground.

The Vikings don’t have any more Monday night games this season. As of now, Minnesota’s only remaining night game will take place at home against the Patriots on Thanksgiving.

Monday night’s loss prevented the Vikings from taking sole possession of first place in the NFC North after two games. As it currently stands, each of the division’s four teams are 1-1 entering the third week of the regular season.

Pressure is building on Rohit Sharma in the white-ball formats. Rohit had had hard couple of tournaments as an Indian captain in the...
Read more