Kim Jong Un reveals his daughter to the world 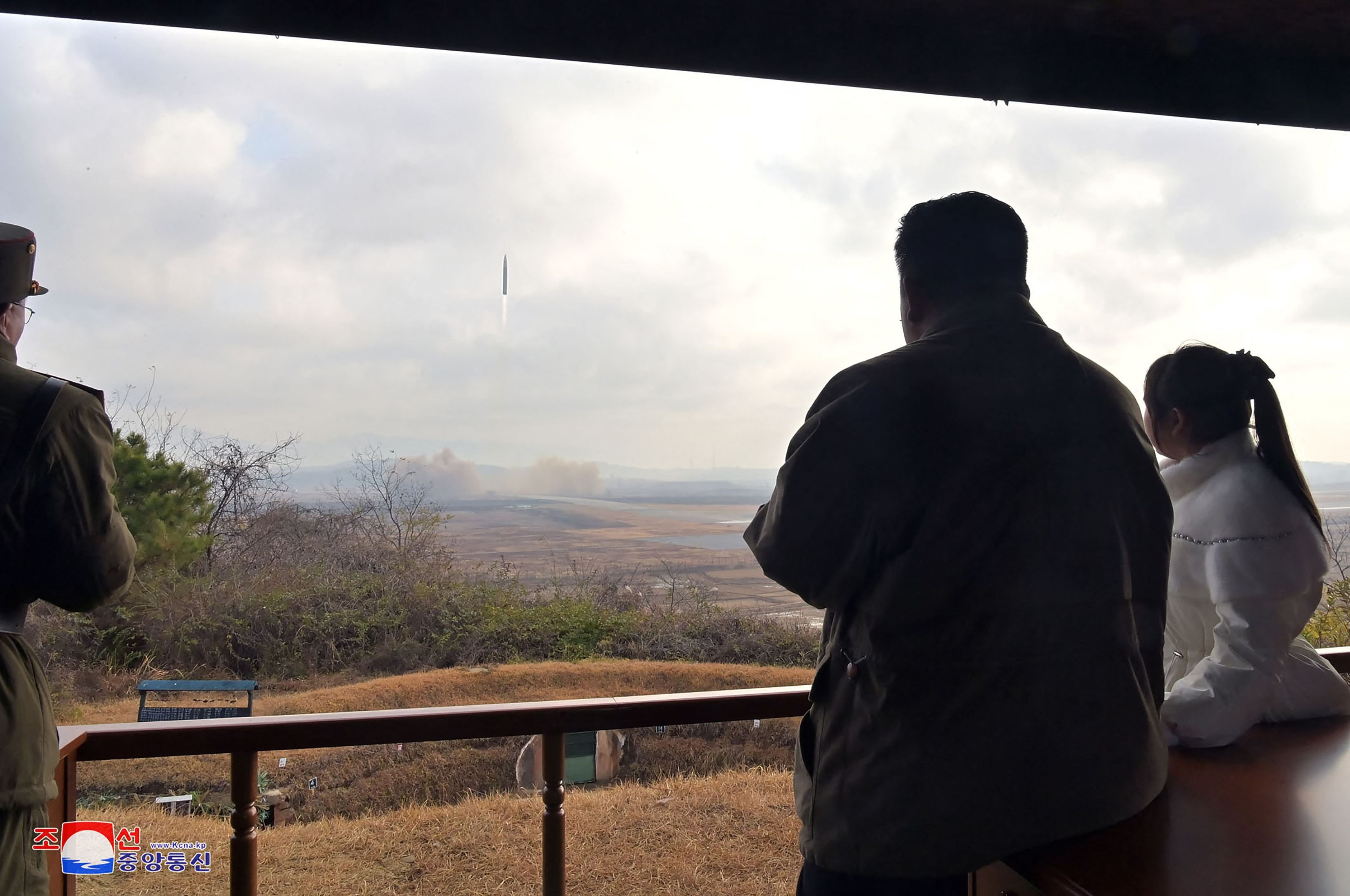 It was the latest escalation in months of provocations from Pyongyang, but attention was suddenly focused on the daughter whose existence had never been publicly confirmed before.

North Korea’s Rodong Simmun newspaper revealed a series of images of Kim and his daughter, who wore a puffy white coat and red shoes to observe the soaring missile from a distance with her father.

State media did not name the girl or disclose her age. It is the first confirmed public appearance of a child of the North Korean leader, whose personal life remains shrouded in mystery

Kim Jong Un, 38, is the third generation of the Kim dynasty to rule over the reclusive state but has not publicly declared an heir, making the identities of his children a source of strong outside interest. Kim is believed to have three children, born between 2010 and 2017, with his wife Ri, a former singer.

In 2013, retired NBA star Dennis Rodman said Kim had a “baby” daughter named Ju Ae, who he spent time with on a seaside vacation with the Kim family. It wasn’t immediately clear which child was shown in the photos.

“This is the first observed occasion where we have seen Kim Jong Un’s daughter at a public event” Michael Madden, a North Korean leadership expert at the Stimson Center, told Reuters. “It is highly significant and represents a certain degree of comfort on Kim Jong Un’s part that he would bring her out in public in such fashion.”

KYIV: Ukraine warned there would be emergency blackouts once again in several regions as it repaired damage from missile attacks it said destroyed...
Read more
Load more