BALTIMORE — A judge on Monday vacated the murder conviction of Adnan Syed, years after the hit podcast “Serial” chronicled his case and cast doubt on his role in the slaying of former girlfriend Hae Min Lee.

She vacated murder, kidnapping, robbery and false imprisonment against Syed. The judge ordered him released without bail.

Maryland prosecutors last week asked to vacate Syed’s conviction and for a new trial, saying they lacked “confidence in the integrity” of the verdict.

Lee’s brother, Young Lee, fought back tears as he addressed the court, wondering how this turn of events unfolded.

“This is real life, of a never ending nightmare for 20-plus years,” the brother told the court via Zoom.

Steve Kelly, a lawyer for Lee’s family asked Phinn to delay Monday’s proceedings by seven days so the victim’s brother could attend and address the court.

The family wasn’t given enough time and didn’t have an attorney to make a decision about appearing in court, according to Kelly.

“To suggest that the State’s Attorney’s Office has provided adequate notice under these circumstances is outrageous,” Kelly told the court.

“My client is not a lawyer and was not counseled by an attorney as to his rights and to act accordingly.”

But Phinn said the family, represented by Lee’s brother in California, could easily jump on a Zoom to address the court.

She ordered a 30-minute delay for the brother to get to computer so he could dial into the hearing.

Lee was 18 when she was killed in 1999 and her body found buried in Baltimore’s Leakin Park.

After Syed, now 42, was sentenced to life behind bars in 2000, his case gained national notoriety from the 2014 podcast “Serial.”

Prosecutors had relied on cellphone records that seemed to show Syed was in the vicinity of the park where Lee’s body was found. But they now say they question “unreliable cellphone tower data” used against Syed at trial, and want to look at “two alternative suspects.”

“These suspects were known persons at the time of the investigation of the case and not properly ruled out,” according to last week’s filing by prosecutors.

Syed’s legal team has insisted that the cellphone data used against him was unreliable because carrier AT&T had said it only determined where outgoing calls were coming from, not incoming calls. The cellular evidence used at trial against Syed centered on his phone receiving incoming calls, meaning his general location around the time of Lee’s disappearance could not be verified.

Syed’s defense has also long questioned a key account by the couple’s schoolmate, Jay Wilds, who testified that he was with Syed when he buried her body at the park.

This is a developing story, please refresh here for updates.

Julia Jester is a producer for NBC News based in Washington, D.C. 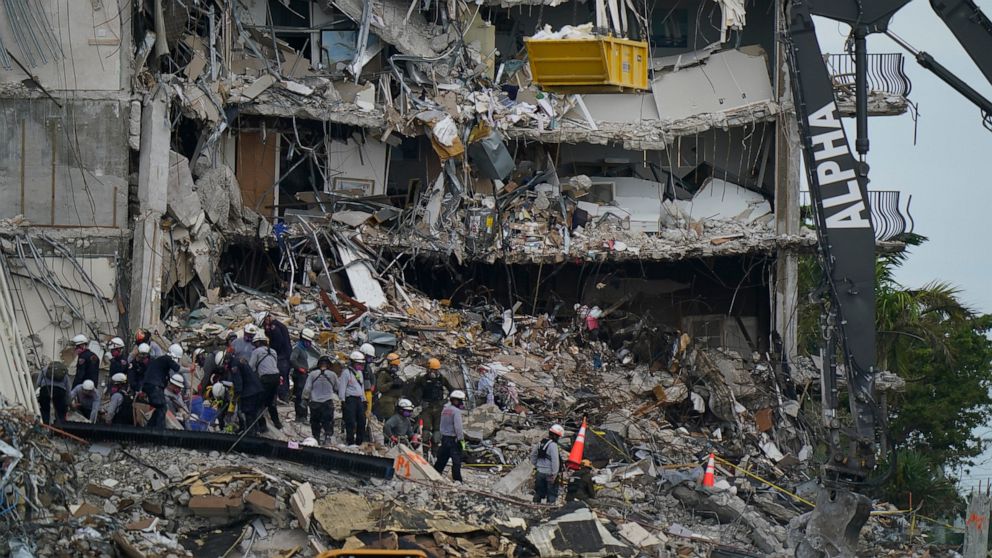