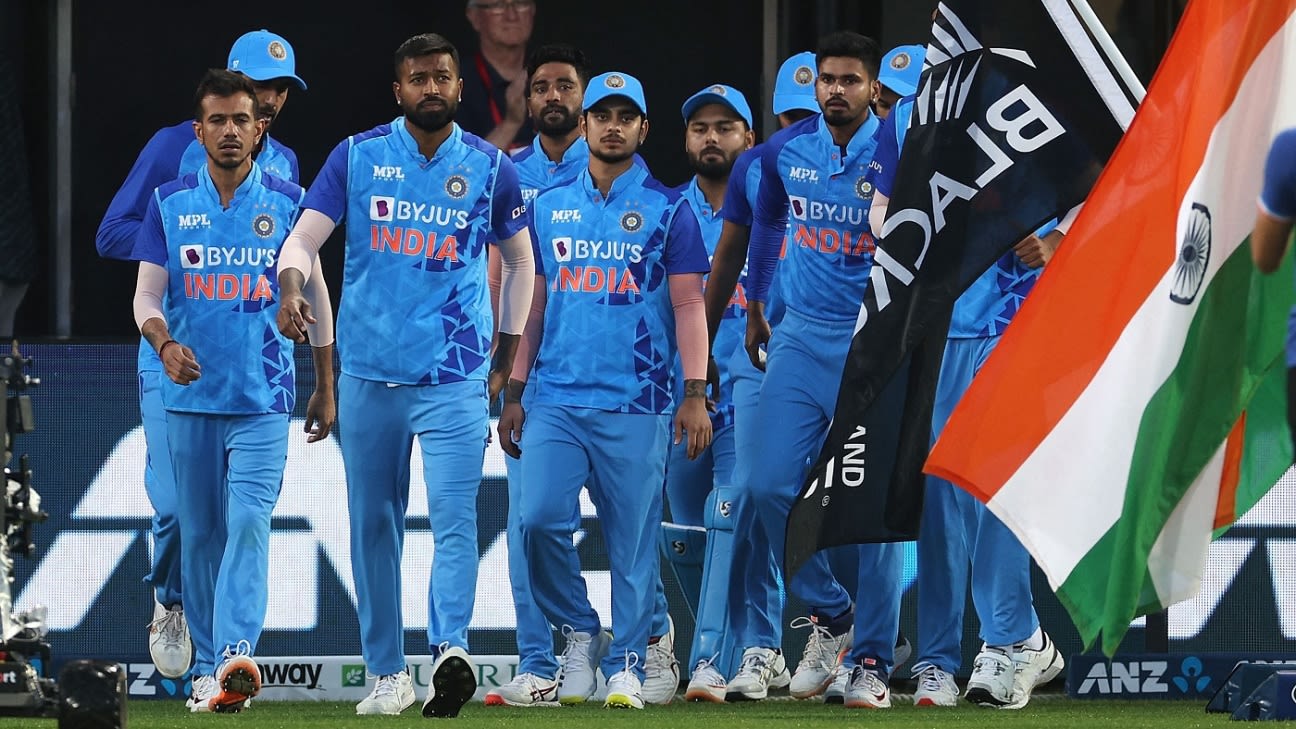 “This is my team, firstly. The coach [VVS Laxman, in this case] and I will pick the team we feel is right,” he said after the series. “And there’s a lot of time, everyone will get a chance, and when they do, they will get an extended run. But it’s difficult since this was a short series. If it had been a long series, more players would have got a chance.

“It was a short series, and I don’t believe in chopping and changing much, and I won’t in the future either. So it was simple, and had to do with what the team needed. I wanted a sixth bowling option. We got that here. Deepak (Hooda) bowled, and if batters chip in (with the ball) as he did. Eventually, in T20 cricket, there will be opportunities. And in a game, even if things are not going your way, you can mix things up by bringing in new bowlers, and surprise the batters.”

Samson, especially, and Gill might have expected an outing or two in New Zealand in the absence of the top three from the recent men’s T20 World Cup, Rohit Sharma, KL Rahul and Virat Kohli. Gill has never played T20I cricket, but Samson has, and has a T20I average of 44.75 in the past 12 months, his runs coming quickly. In ODIs in the same period, he averages 82.66.

How does he deal with players who have to warm the bench for long stretches?

“It’s not difficult, but about how you handle it,” Hardik said. “It’s simple for me – I have the same sort of equation with all the players, and when I can’t pick a player, he knows it’s not personal. It’s got to do with the situation. I am a peoples’ person. So if anyone needs me, I will be there for them. Everyone knows that if they feel anything at all, my doors are always open for them to come and have a chat with me, because I understand how they are feeling.

Only one match could be completed, but VVS Laxman and Hardik Pandya will take the result•Associated Press

“If they are sitting out… Sanju Samson, for example: we wanted to play him, but for whatever reason, we couldn’t. But I can get into their shoes and understand how they are feeling. As a cricketer, it is difficult, whatever one might say. You are in the Indian team, but you are not getting a chance in the XI, so that’s difficult. At the end of the day, I can say whatever I want, but those will just be words. It will still be difficult for them to deal with. But if I can create a healthy environment, where the players can come and speak to me if they are feeling bad, or go and speak to the coach, if I remain the captain, I think it won’t be a problem. Because my nature is such that I make sure everyone is together.”

After India’s semi-final exit at the World Cup, their somewhat conservative approach at the top of the batting order came in for criticism. There has been some talk of Hardik taking over the T20I captaincy, his leadership of Gujarat Titans in their first season of the IPL in 2022, where they won the title, having pushed his case.

“What I have tried to do is… if you have reached the international level, you have obviously done well and achieved success at the levels below,” Hardik said. “As a captain, my job is to give the players as much freedom as possible, and create a culture where the player can play without fear and not be blamed for failing.

“That was our approach at the World Cup, too, but since we didn’t win, what we couldn’t do well was highlighted. But, going forward, it will be about not playing in any one way; the effort will be to enjoy the game, play without fear. If you think you want to smash the first ball, go ahead; the management will back you. We want players to play with freedom.”

New Delhi: Russia has sent India a list of more than 500 products for potential delivery, including parts for cars, aircraft, and trains,...
Read more
Load more