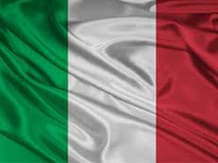 The Italian cabinet passed the new budget law on Tuesday, planning measures worth some $35.8 billion for 2023.


The new budget included a package aimed at alleviating skyrocketing energy costs for companies and households, as well as tax cuts for employees and self-employed workers, reports Xinhua news agency.


Overall, it includes measures worth some $21.5 billion to help companies and families face electricity and gas bills next year, the cabinet said in a statement.


The budget also introduced a cut in the so-called “tax-wedge”, namely the difference between the money an employer pays as a salary and the actual amount a worker gets.


Another fiscal measure would extend a 15 per cent income tax scheme for the self-employed to annual income of up to $87,202, compared with the current ceiling of $66,684, the cabinet said.


The law was approved in the early hours of Tuesday and Prime Minister Giorgia Meloni was expected to unveil other key measures in detail at a press conference later in the day.


The budget will have to pass both chambers of Parliament before being sent by year-end to European Union (EU) authorities, which are in charge of assessing EU countries’ national budgets to check if they comply with EU fiscal rules.