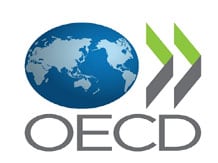 India, with a growth rate of 6.6 per cent in this financial year, is among the fastest growing economies in Asia amid a global slowdown triggered by a massive energy shock due to the ongoing Russia-Ukraine conflict, the OECD said on Tuesday.


The Organisation for Economic Cooperation and Development (OECD), the Paris-based intergovernmental body that focuses on economic policy reports in its latest Economic Outlook’ that India is set to be the second-fastest growing economy in the G20 in FY 2022-23 behind Saudi Arabia, despite decelerating global demand and the tightening of monetary policy to manage inflationary pressures.


The GDP growth in the country will slow to 5.7 per cent in FY 2023-24 as exports and domestic demand growth moderate, but it would mean it would still be growing more than many other G20 economies including China and Saudi Arabia.


Growth in 2023 is strongly dependent on the major Asian emerging market economies, who will account for close to three-quarters of global GDP growth next year, with the United States and Europe decelerating sharply, it said.


CPI inflation will remain above the central bank’s upper limit target of 6 per cent at least until early 2023 and then gradually recede as higher interest rates take effect. Offsetting these forces, at least partially, some improvements can be expected as more contact-intensive services sectors normalise, including international tourism once borders are fully open and restrictions lifted, it noted.


The OECD highlights India’s impressive progress in recent years in extending access to financial services to a larger portion of the population, including disadvantaged socio-economic groups by leveraging the country’s competitive strength in ICT, the Unified Payments Interface (UPI) and other tools, which are easing the transition towards a cashless economy.


There still remain considerable margins to improve efficiency, accountability, and transparency of public spending, devoting more resources to health and education and building fiscal space to enhance resilience, it said.


At a global level, the OECD projects that if the global economy avoids a recession, it would be thanks to some of Asia’s biggest economies such as India.


The UK is projected to be among the worst hit of all G20 nations, with only war-hit Russia registering a worse outcome.


We are currently facing a very difficult economic outlook. Our central scenario is not a global recession, but a significant growth slowdown for the world economy in 2023, as well as still high, albeit declining, inflation in many countries, said lvaro Santos Pereira, OECD Chief Economist, in his analysis.


Risks remain significant. In these difficult and uncertain times, the policy has once again a crucial role to play: further tightening of monetary policy is essential to fight inflation, and fiscal policy support should become more targeted and temporary. Accelerating investment in the adoption and development of clean energy sources and technologies will be crucial to diversifying energy supplies and ensuring energy security, he said.


The OECD believes a renewed focus on structural policies is the need of the hour to allow policymakers to foster employment and productivity.

Cristiano Ronaldo does not feature in Starting 11 as Portugal take on Switzerland in Round of 16 at the Fifa...
Read more
Business