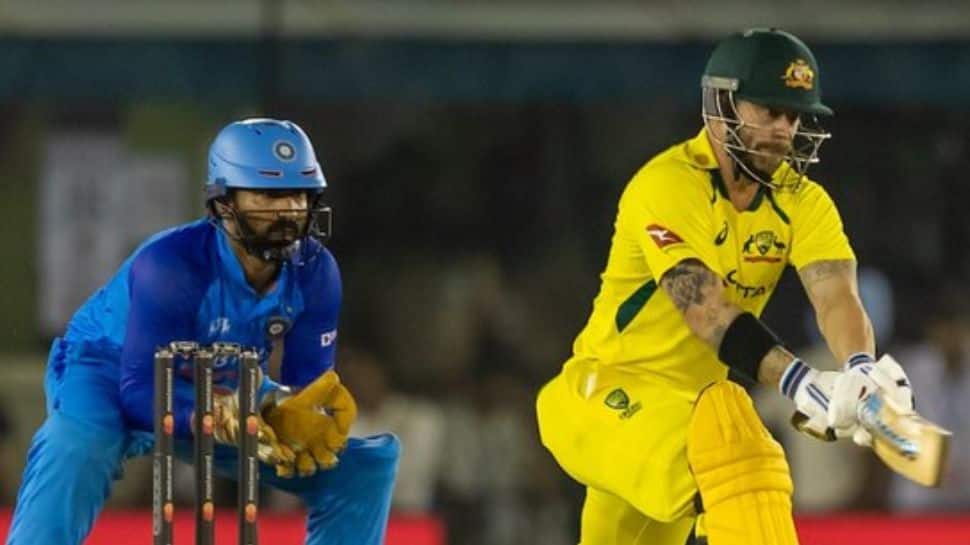 
Indian bowlers once again came a cropper as they failed to defend 209-run target in the first T20I against Australia here at the PCA Stadium in Mohali. India are now trailing 0-1 in the three-match T20I series. Chasing a mammoth 209 Australian team got off to a flying start as their openers skipper Aaron Finch and Cameron Green. Finch went on to hit a six off the very first ball of Australian innings off Bhuvneshwar Kumar’s bowling. Green welcomed Umesh Yadav with four consecutive boundaries of his first four balls.

Things went right down to the wire but it’s Australia who won the first #INDvAUS T20I.#TeamIndia will look to bounce back in the second T20I.

Umesh was removed from the attack and Axar Patel came into the attack and cleaned up Aussie captain Finch for 22 as visitors lost their first wicket for 39. Steven Smith joined Green and the duo took Australia’s total beyond 50-run mark in 5.2 overs. To add to India’s woes Green was dropped by Axar Patel at deep mid-wicket off Hardik Pandya’s bowling. Green went on to notch up his half-century off just 26 balls. Axar got his second wicket as he dismissed dangerous Green for 61 and India lost their second wicket for 109. In the next over Umesh Yadav struck twice dismissing Smith and Glenn Maxwell to bring India back into the game.

Axar Patel struck for the third time dismissing Josh Inglis for 17 as Australia lost half of the side for 148. Matthew Wade joined Tim David and these two took Australia’s total beyond the 150-run mark in the 16th over. Australia needed 54 off the last four overs but the David-Wade duo batted aggressively and took the game away from India. Bhuvneshwar Kumar once again failed to deliver a successful 19th over conceding 16 runs as the visitors went on to cross the 200-run mark. With just two runs needed off the final over Yuzvendra Chahal dismissed David but it was too little too late for India.

Earlier in the match Australian captain Aaron Finch invited India to bat in the first innings after winning the toss. Australia made quick inroads in the Indian batting lineup with Rohit Sharma losing his wicket to Hazlewood in the third over, in an attempt to make use of the fielding restrictions. Nathan Ellis positioned at deep square leg gobbled up the flick played by the Indian captain.

Things went right down to the wire but it’s Australia who won the first #INDvAUS T20I.#TeamIndia will look to bounce back in the second T20I.

Ellis then cut short Kohli’s scratchy inning in the fifth over, ending his seven-ball stay. Kohli failed to clear the infield, dragging a length ball to mid-on, spooning a simple catch to Cameron green. A few eye-catching strokes from Rahul and Yadav ensured India made use of the powerplay. India ended the powerplay at 46 with the loss of two wickets. KL Rahul then partnered with Surya to take the attack to the Australian bowlers, providing India with much-required momentum in the middle overs. KL notched up his fifty in the process, proving his worth at the top of the batting order. The right-hander smashed three sixes and four boundaries, before being dismissed to Hazelwood at 55, leaving India at 103/3 in the 12th over.

The wicket of Rahul did not stop Surya from continuing to play flamboyant shots as he sent the ball over the ropes twice consecutively in the next over of Zampa. India were 126/4 in the 14th over when Surya made his way to the pavilion. However, Cameron Green got the better of the batter as he had him edge a rising delivery to Matthew Wade behind the stumps. Surya made a contribution of 46 from 25 balls, smashing four sixes and two boundaries. Axar Patel was promoted ahead of Dinesh Karthik but failed to make a mark as he was sent back in the 16th over leaving the team at 146/5.

The designated finisher Karthik failed to trouble the opposition as he perished in the 19th over looking to play big shots. Hardik Pandya took over the mantle from Surya and continued playing attacking shots, plundering the Aussies for runs whenever the Australian bowlers erred in their line and length. Pandya scored an unbeaten half-century and ended with 71 from 30 playing the role of the finisher. The all-rounder smashed five sixes and seven boundaries powering India to 208/6 at the end of 20 overs. 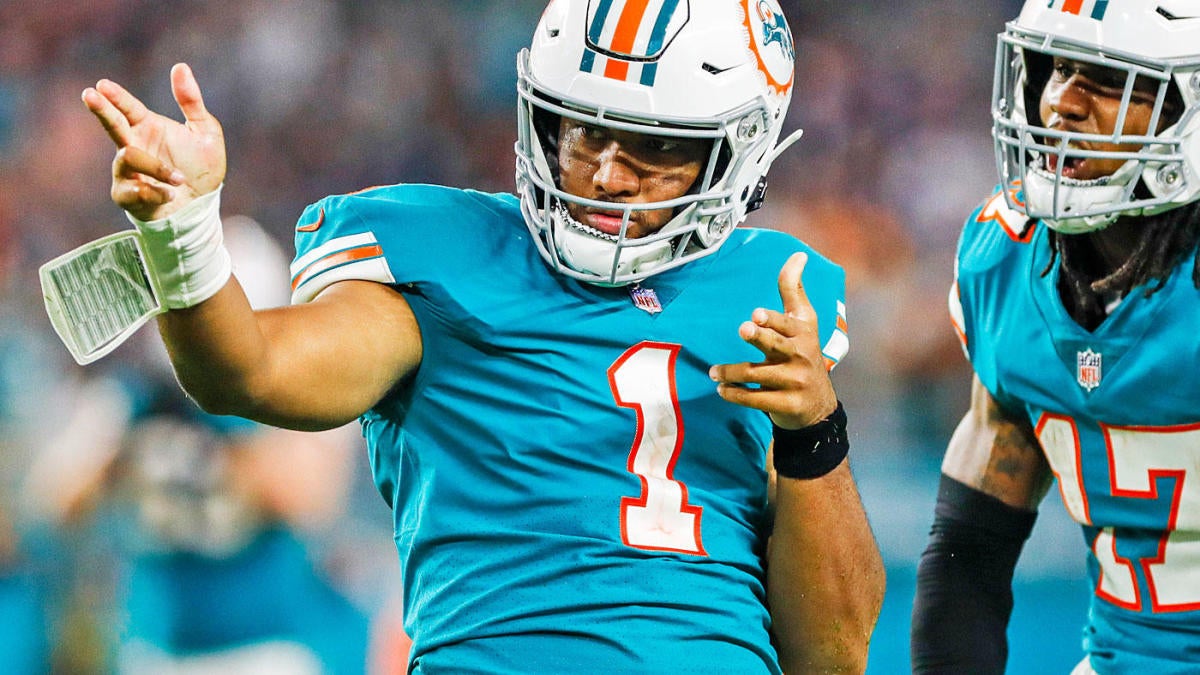 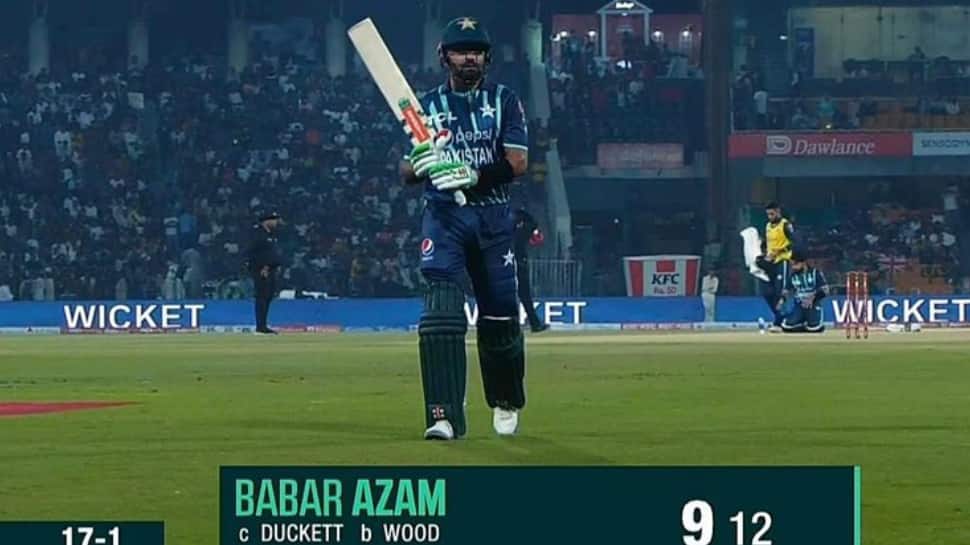 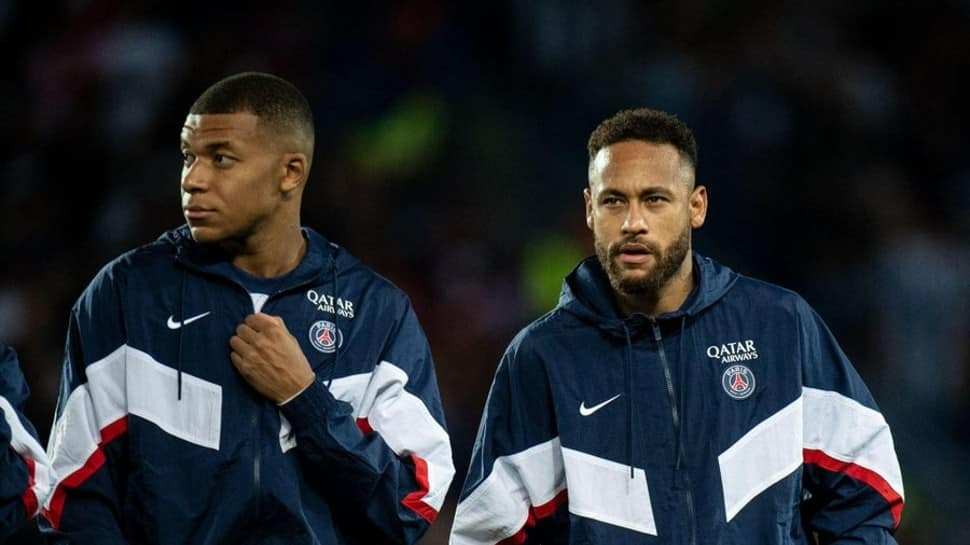 WATCH: Neymar ANGRY with Kylian Mbappe due to THIS during PSG vs Juventus UCL clash