In Turkey, 17 suspects jailed for connection in Istanbul bombing that killed 6 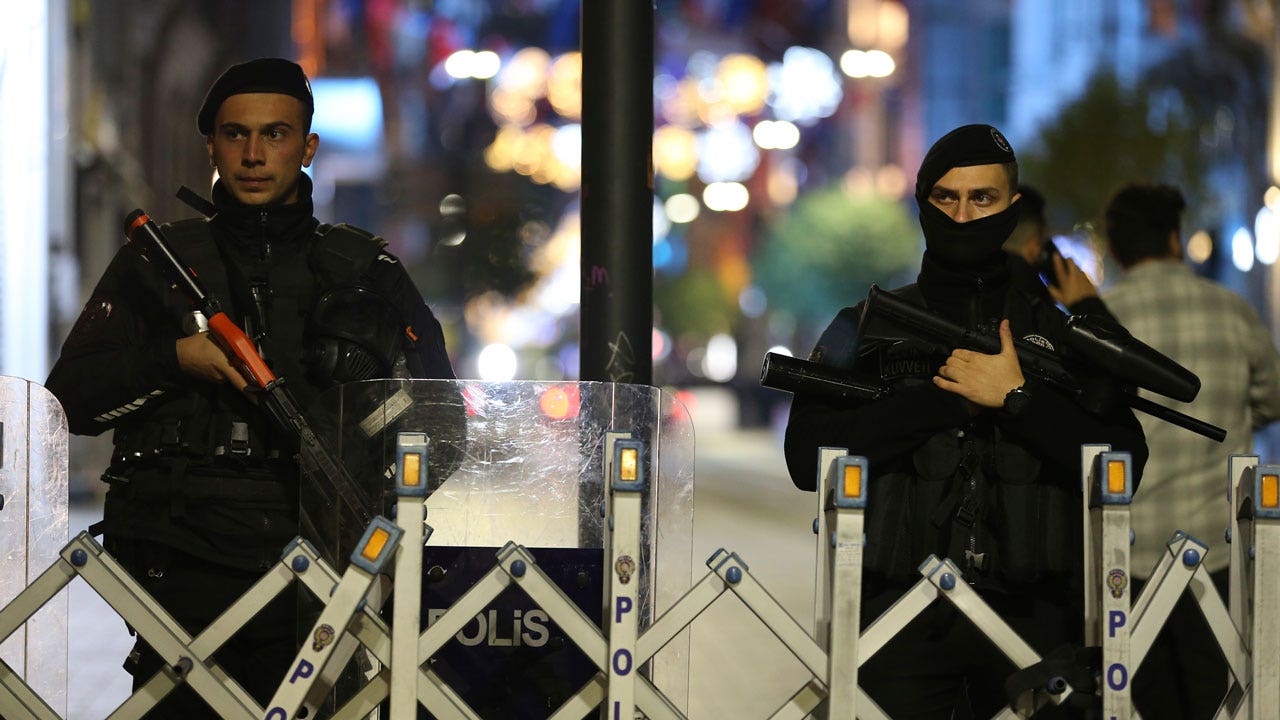 A Turkish court has ordered 17 suspects jailed pending trial in connection with a deadly street bombing in Istanbul, accusing them of attempts against the unity of the state, deliberate killings and attempts to kill, Turkey’s state-run news agency reported Friday.

The court released three other suspects from custody pending trial, Anadolu Agency reported. It also ordered the deportation from Turkey of 29 people who were rounded up by police in connection with the attack.

The Nov. 13 explosion targeted Istanbul’s bustling Istiklal Avenue — a popular thoroughfare lined with shops and restaurants — and left six people dead, including two children. More than 80 others were wounded.

The attack came as a shocking reminder of bombings that hit Turkish cities between 2015 and 2017, shattering the public’s sense of security.

Turkish authorities blamed last weekend’s explosion on the outlawed Kurdistan Workers’ Party, or PKK, as well as Syrian Kurdish groups affiliated with it. The Kurdish militants groups have denied involvement.

Prosecutors questioned the main suspect in the attack, a Syrian woman who is accused of leaving a TNT-laden bomb on Istiklal Avenue, for some five hours.

The woman, identified as Ahlam Albashir, allegedly told her interrogators that she had entered Turkey illegally and stayed at a house in Istanbul for four months, pretending to be a couple with one of the other suspects, the Anadolu Agency reported.

Police officers stand at the entrance the street after an explosion on Istanbul’s popular pedestrian Istiklal Avenue, on Nov. 13, 2022.
(AP Photo/Emrah Gurel, File)

According to the news agency, Albashir also allegedly admitted to leaving a bag containing the explosive device on a street bench but claimed she did not know what was inside it.

A trial date is expected to be set after prosecutors prepare their indictment, which could take months.

One suspect was apprehended by Turkish police late Wednesday in the Syrian city of Azaz – which is currently under the control of the Turkey-backed Syrian opposition – and was being questioned by police.

There was no information on the 29 people who face deportation.

The PKK has fought an armed insurgency in Turkey since 1984. The conflict has killed tens of thousands of people since then.