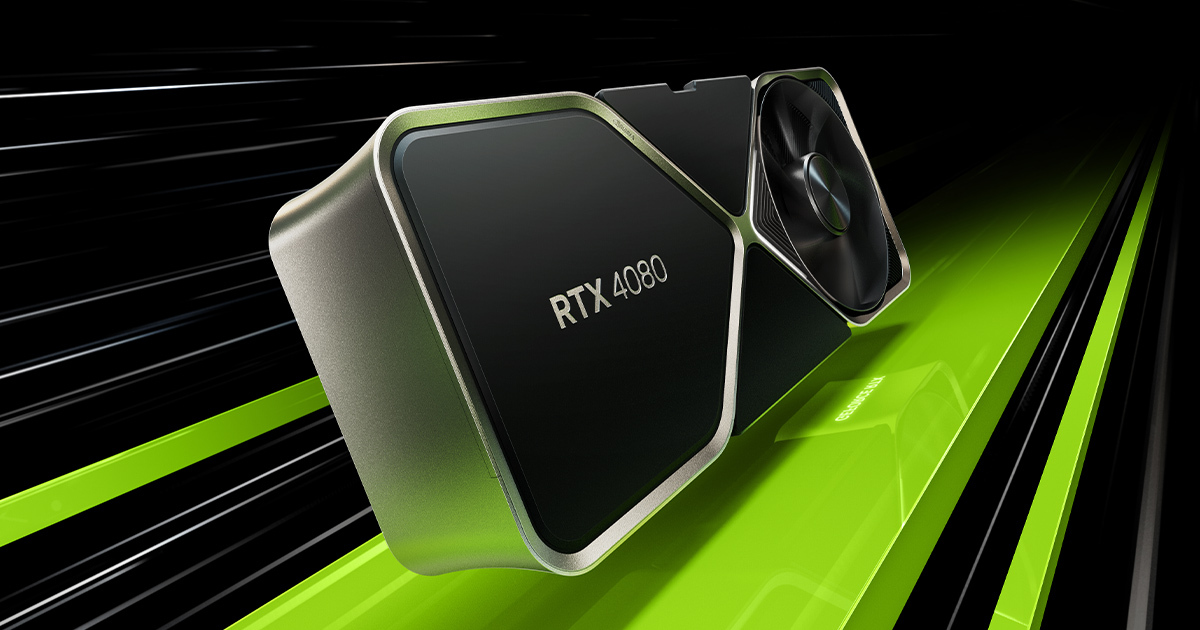 
Nvidia’s RTX 4090 is on the way. The company revealed as much today during its GeForce Beyond event at GTC 2022. It promises two to four times the performance of the RTX 3090 Ti, which would make it one of the largest jumps we’ve seen in performance between generations.

It used to be the case that newer GPUs had much better bang for the uck than older ones, at least if you’re just comparing MSRP. You could usually expect 30% or more performance per dollar with each new generation, and some generations delivered as much as 50% or even 70% more value than the previous one. For example, the GTX 1080 Ti was about 70% faster than the GTX 980 Ti and it only cost about $50 more; the 1080 Ti’s great value is one of the reasons why it’s such a legendary Nvidia GPU. However, it’s been apparent for a while that Nvidia just isn’t offering the generational value improvements it used to. We saw it in the RTX 20 series, and we also saw it in the RTX 30 series, which was only a partial improvement over its predecessor.

The RTX 40 series is no different. Even if we take Nvidia’s own numbers at face value (the lower end of the range, anyways), the RTX 4080 16GB at about double the performance of the RTX 3080 isn’t all that great when it’s nearly double the price, too. In fact, the 4080 16GB would need to be 2.3 times faster than the 3080 to have even 30% more bang for buck. Sure, the 40 series has better ray tracing performance and more Tensor cores than the 30 series, but we’re still not to the point where that kind of technology is truly standard.

There are also other reasons to care about the price, even if the value is good. First, the cheapest RTX 40 card announced was the RTX 4080 12GB, which has less memory and less cores than the RTX 4080 16GB. It should be called the RTX 4070 really, but maybe Nvidia didn’t want to call it that because of its $899 price tag, which is higher than even that of the RTX 3080. It’s pretty obvious that these GPUs are unaffordable to the vast majority of PC users, even those who once purchased Nvidia flagships like the 1080 Ti.

Of course, Nvidia will launch lower-end GPUs with lower prices, and that brings me to my second point. Because we can see how expensive the high-end 40 series models are, it’s hard to see Nvidia not increasing the prices across the whole stack. Usually, we only see maybe $50 to $100 between each GPU throughout the product stack, so it seems very unlikely the RTX 4070 will launch at $499 just like the RTX 3070. Instead, we might see the 4070 launch with an MSRP of $699 or even $799. Will there even be a 40 series card for less than $300?

Nvidia wants to eat its cake and have it too

Besides Nvidia wanting to increase its margins and profits, the high price tag for the RTX 40 series is possibly also motivated by the glut of 30 series cards still on the market, particularly higher-end cards from the RTX 3080 to the RTX 3090 Ti. These cards have been falling in price because demand has dipped, and that’s bad for Nvidia’s bottom line. If Nvidia had priced the RTX 40 series lower, then that might have pushed the price of its old flagships down even further.

This is Nvidia’s problem, and in the past when Nvidia or AMD made too many GPUs, they just had to suck it up. For example, after the RTX 20 series launch, Nvidia enjoyed a single quarter of record-breaking revenue and profits, followed by a yearlong slump caused by a glut of GTX 10 series cards still on the market.

Nvidia probably remembers this very well and doesn’t want it to happen again (despite the fact it’s responsible for making too many GPUs in the first place), so the company’s solution is simply that consumers will have to pay more for new RTX 40 series cards or to buy old RTX 30 series cards at prices that are still higher than they ought to be. It’s certainly a bold stance to take given that the world isn’t exactly in prosperous times.

This can really only go one of two ways for Nvidia. In one scenario, Nvidia gets exactly what it wants and everyone accepts the prices for RTX 30 and 40 series GPUs. Nvidia doesn’t have to take on losses or lower-than-desired profits for RTX 30, and RTX 40 sells for great margins. In the other scenario, people balk at the prices and the old and new cards don’t sell nearly as well as they need to, which would be worse than if Nvidia just allowed prices to fall so demand can rise.

We also can’t forget about AMD, which is set to announce its RX 7000 series GPUs on November 3. AMD has been following Nvidia’s lead on increasing prices in recent years, and the next-generation RX 7000 series is on TSMC’s cutting-edge and expensive 5nm process, which is almost identical to the TSMC 4nm process RTX 40 series uses. AMD has every reason to not price RX 7000 particularly competitively, so Nvidia probably feels pretty safe in its strategy. Yet, AMD does have the power to price RX 7000 competitively if it wants to, and doing so would be disastrous for Nvidia. Setting such high prices is certainly risky in multiple ways.

Personally, I’m not surprised about the price of Nvidia’s new GPUs. In August, I detailed how CPUs and especially GPUs have been worsening in value improvement every year and how it wasn’t just because of COVID or supply shortages. The RTX 40 series is just the next step in a trend that’s being going on for years.

In all likelihood, the trend will continue for years to come, and it could really hurt desktop gaming. We always see reports that desktops are dying and the show’s over, and those reports always ended up being wrong. But it’s hard to not be concerned when the cheapest GPU in a new generation is significantly more expensive than the priciest flagship from just a few years ago. 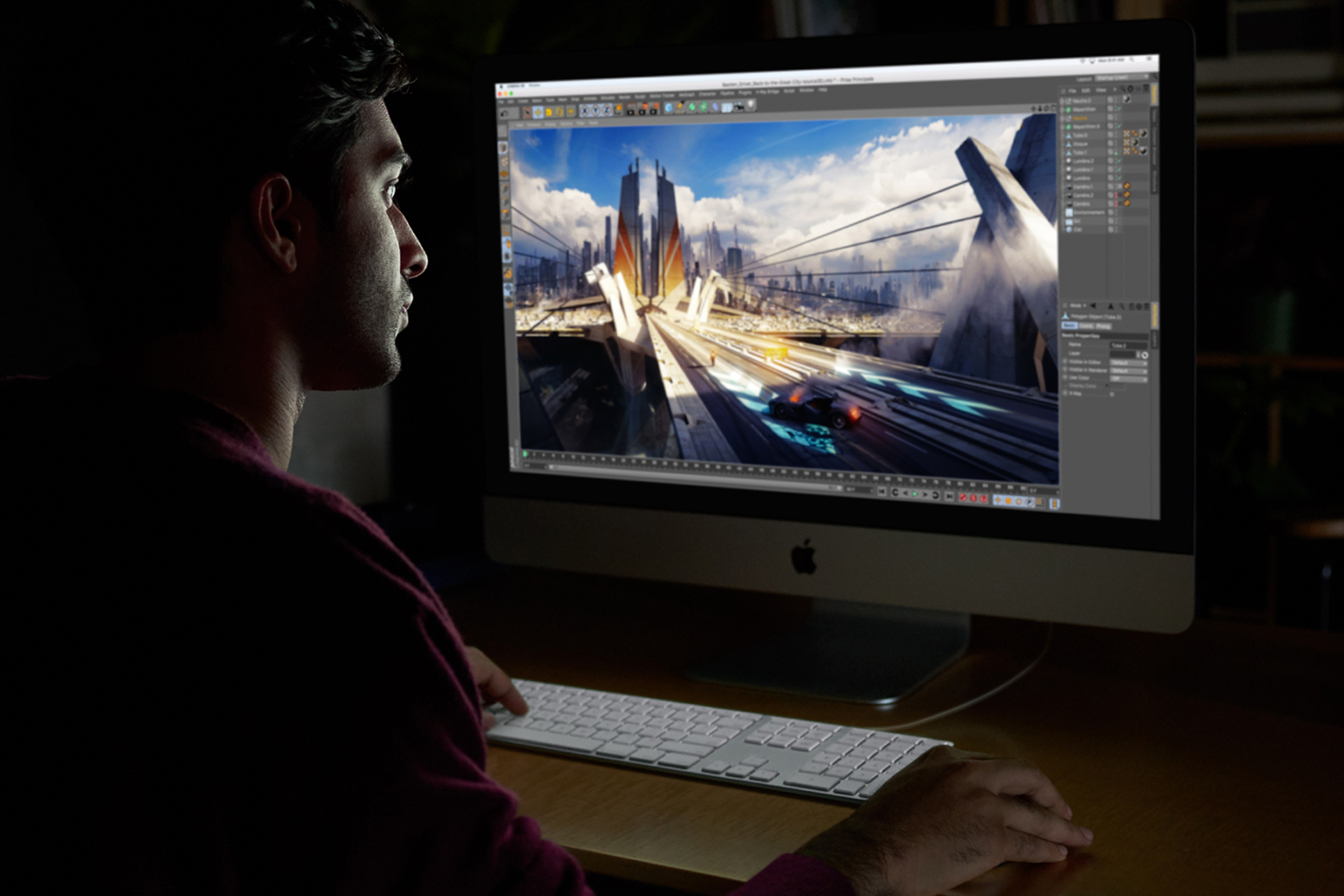 Apple iMac 27-inch: Why it might not be dead after all | Digital Trends-MONEY CRYPTO NEWS