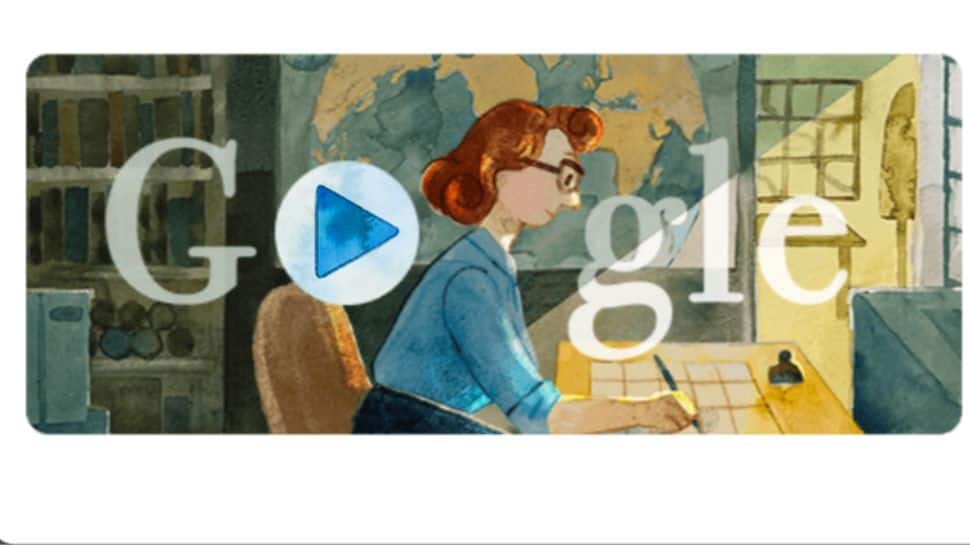 Google on Monday celebrated the life of Marie Tharp, an American geologist and oceanographic cartographer who helped prove the theories of continental drift by launching a Google Doodle. The special animated Doodle features an interactive exploration of Tharp’s achievements in mapping the oceans. Marie Tharp co-published the first world map of ocean floors. On November 21, 1998, she was named one of the greatest cartographers of the 20th century by the Library of the Congress. Born on July 19, 1920, in Ypsilanti in Michigan state of the United States, Tharp was an only child to her parents.

In today’s Doodle, her story is narrated by Caitlyn Larsen, Rebecca Nesel, and Dr. Tiara Moore, three notable women who are currently living out Tharp’s legacy by making strides in the traditionally male-dominated ocean science and geology spaces.

Also Read: Explained: What is Doodle for Google India competition that Kolkata based Shlok Mukherjee won this year?

Marie Tharp’s father used to work for the U.S Department of Agriculture and gave her an early introduction to mapmaking. She attended the University of Michigan for her master’s degree in petroleum geology—this was particularly impressive given so few women worked in science during this period. She moved to New York City in 1948 and became the first woman to work at the Lamont Geological Observatory where she met geologist Bruce Heezen.

Heezen gathered ocean-depth data in the Atlantic Ocean, which Tharp used to create maps of the mysterious ocean floor.