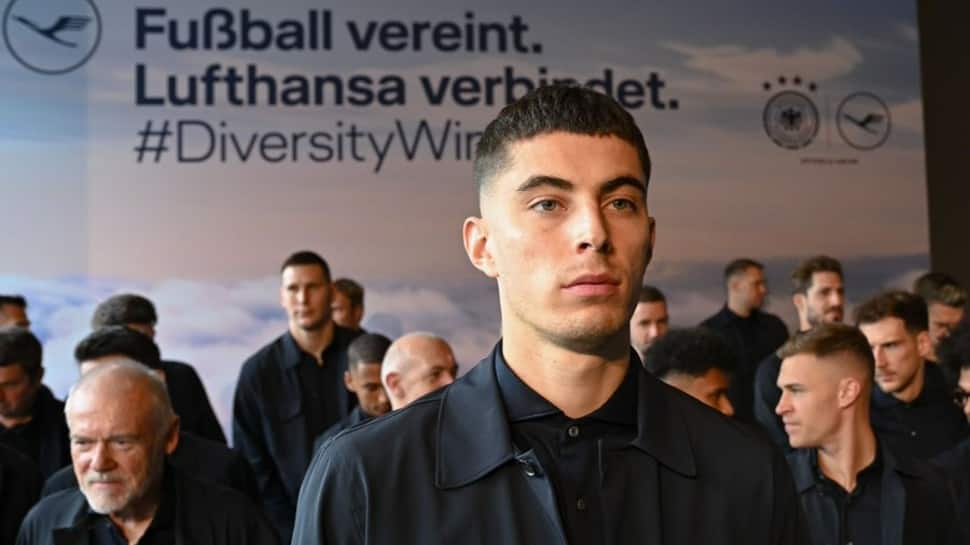 Fans of Germany are widely known for their massive support to their nation’s football team. However, the FIFA World Cup 2022 in Qatar has set a different mood in Germany as this time no flags, no signs, no public viewing events and more are not taking place in the football-loved country. The four-time World Champions will take on Japan on Tuesday but their is complete silence in the streets of Berlin, which is known for having a fantastic environment during such major football events. (FIFA World Cup 2022: Budweiser breaks silence on beer ban in Qatar, say THIS)

Qatar’s human rights record and treatment of migrant workers have spoiled the party for many. (WATCH: Cristiano Ronaldo breaks silence on retirement ahead of FIFA World Cup 2022 Qatar)

“We don’t want to enjoy a World Cup like this,” Bernd Beyer of the Boycott Qatar 2022 initiative told The Associated Press.

“The fans do not identify with it and are saying they don’t want to have anything to do with it.”

There were widespread protests against the tournament during Bundesliga and second division games over the past few weekends, with fans holding banners blasting the human rights situation in Qatar and recent comments by World Cup ambassador Khalid Salman denouncing homosexuality.

The lack of enthusiasm also has had a commercial impact. Retailers have previously capitalized on the buzz around major tournaments with Germany team-related offers. Former Germany coach Joachim Low and his players could be seen everywhere promoting various goods and services. This time, the Association of German Sports Retailers says sales of fan articles are way down compared to previous World Cup years.

Scored on his Germany debut

Most goals this season in the @DFB_Team squad

“So far it’s not even half of what is usually sold in stores at major events of this kind,” the association’s president Stefan Herzog told the RND newspaper group.

Adidas said demand for Germany kits was low and that its biggest seller to date was Mexico’s jersey, considered by some to be among the most stylish of the shirts worn by the 32 World Cup teams. Sales of TV sets, which generally go up for major sporting events, are also down, RND reported.

Hundreds of bars across the country are refusing to show World Cup games. Steif Kruger, who runs a bar in Berlin, said Friday he’s boycotting the entire tournament, even if Germany makes it to the final.

“The people who have always watched soccer with us also know that we won’t show it and are happy to support that.”

“We love soccer and we can also say that we live soccer. The reasons are clear, that’s why we will decline to broadcast the World Cup matches in Qatar, even if this results in losses for us,” the pub said in an Instagram post to which Grosskreutz replied with three fire emojis to indicate his approval.

Qatar has repeatedly pushed back against criticism over its human rights record, insisting the country has improved protections for migrant workers. Chancellor Olaf Scholz’s spokesman, Steffen Hebestreit, said Friday that he wouldn’t rule out Scholz traveling to the final if Germany makes it that far.

“This World Cup was awarded and will now take place under difficult circumstances,” Hebestreit said, referring to fans’ boycott plans.

“Everyone is free to decide whether they want to follow this event or not? we live in a free country, that’s how it should be.”

Bundesliga clubs including Bayer Leverkusen and Borussia Monchengladbach have criticized the decision to give the World Cup to Qatar and said they will only give it minimum attention on their websites and social media platforms. Another club, Hoffenheim, says it won’t report on the tournament at all.

“There’s just a multitude of things that have happened and are happening there that overshadow the great joy of sporting competition,” Jorg Schmadtke, the sporting director of Bundesliga club Wolfsburg, told the Wolfsburger Allgemeine Zeitung newspaper last week. Schmadtke said he didn’t even know if he will watch the games on TV.

“It doesn’t move me like in previous years, when I looked forward to such a tournament,” Schmadtke said.

Qatar Holding LLC holds a 10.5% stake in automobile giant Volkswagen, which owns Wolfsburg. In contrast to previous tournaments, there will be no major public viewing events due to various factors including the cold weather, complications caused by the coronavirus pandemic, and the difficulties staging more outdoor parties during the Christmas market season.

The usual massive fan mile viewing party at Berlin’s Brandenburg Gate was nixed in September, when the organizing company said it wasn’t feasible this year. Around 9 million supporters took part in it when Germany hosted the tournament in 2006.

German fans are not the only ones who appear to be unimpressed by this year’s World Cup. Belgium’s soccer federation this week dropped plans to set up a fan zone for supporters to follow games on big screens citing a lack of demand, and Paris and other French cities also nixed public viewing parties. In Barcelona, mayor Ada Colau said she would not “dedicate public resources nor public spaces for the viewing of a World Cup that is being held in a dictatorship. (With PTI inputs)

Gregg Berhalter knows all about the magnified importance of fine margins in the World Cup. As a US defender he was denied an...
Read more
Sports