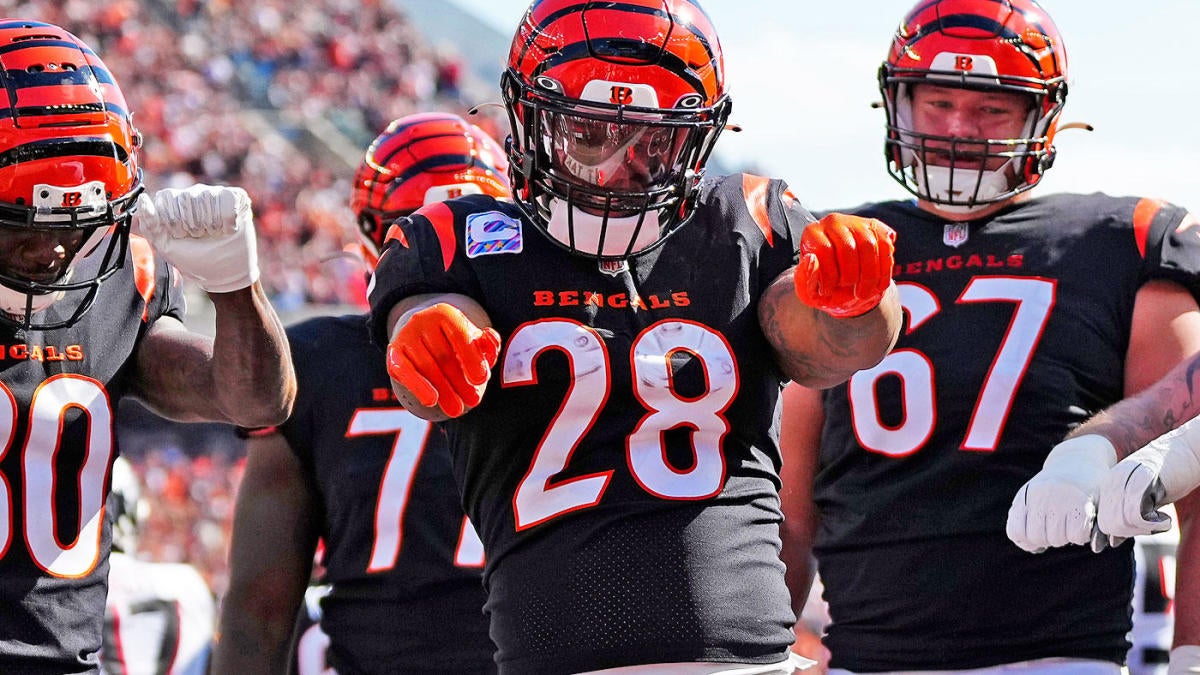 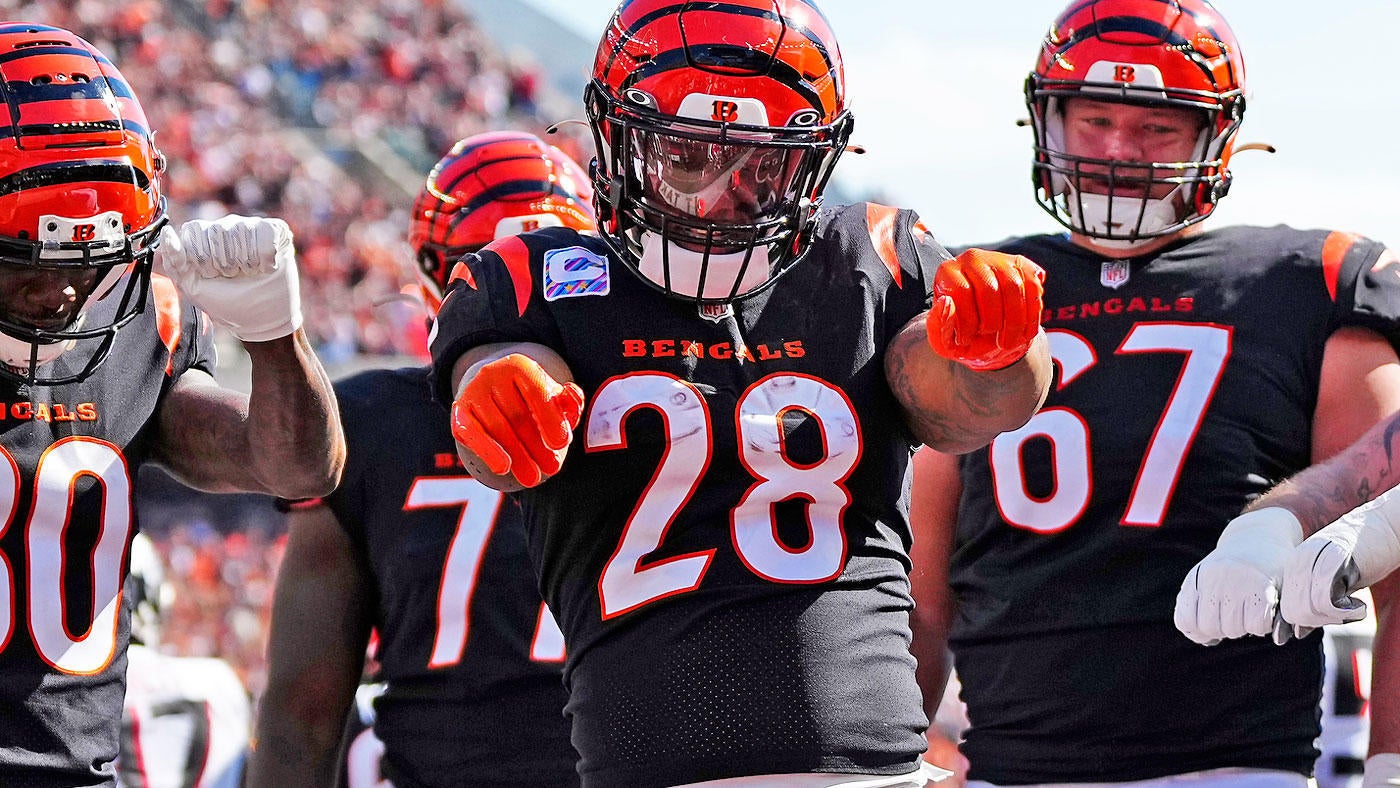 The Bears have asked a lot of Justin Fields in recent weeks, and Fantasy Football players have been reaping the rewards of that of late, with Fields providing absolutely massive production. However, that may have caught up to them in Week 11, as Fields suffered multiple injuries, putting at least his short-term availability into question – which would be a big blow to a QB position that has been a lot shallower than expected this season.

Fields had another strong game Sunday, rushing for 85 yards and a touchdown while adding 153 yards and a score through the air, finishing with 24.6 points in six-point-per-pass-TD scoring. However, he was limited for much of the second half as a runner, putting up just 12 yards on four carries as he seemed to deal with a hamstring or some kind of leg injury.

That would have been concerning enough, given how reliant Fields is on his legs. However, he took a hit on one of the team’s final plays that left him with a shoulder injury, and he had to be carted to the locker room at the end of the game for testing.

Hopefully, it’s a non-issue for Fields, but given the way the schedule works out, it’s not out of the question that Fields could miss multiple weeks even with a couple of minor issues – the Bears’ bye week is coming up in Week 13, so they could give him three weeks to rest while missing two games. That wouldn’t be a bad outcome for the Bears, but it could be potentially disastrous for Fantasy players relying on Fields, who could have to play the final three weeks before the playoffs without an elite QB.

And there really aren’t many quarterbacks worth adding on waivers these days. In tonight’s newsletter, I’ve got an early look at the top waiver-wire targets coming out of Week 11, but there aren’t any good replacements for Fields. The best option available in more than half of CBS Fantasy leagues for Week 12 might be … Jacoby Brissett? Maybe Kenny Pickett? It’s not a great time to need help at QB – in 2QB leagues, I would at least look at Bryce Perkins, who has some rushing upside if Matthew Stafford can’t go.

We’ll get to the top waiver wire targets for Week 12 shortly, but first, let’s take a look at the other injuries from Sunday’s games you need to know about.

We don’t have any details on Fields’ injury, other than that he wasn’t wearing a sling after the game and said the pain was “pretty bad.” Here are the other injuries we’re following coming out of Sunday’s games:

Joe Mixon (concussion) – Mixon was having a decent game Sunday, with 62 total yards before leaving with a concussion, and Samara Perine made sure the Bengals didn’t miss him. He only rushed for 27 yards on nine carries, but he was huge in the passing game, scoring three touchdowns on four catches, with 52 yards. If Mixon has to miss Week 12’s game against the Titans, Perine would be a top-15 RB. For what it’s worth, Mixon missed two games the last time he suffered a concussion back in 2017.

Matthew Stafford (concussion protocol) – Stafford took a hit in the third quarter and was removed from the game to be tested in the concussion protocol. After the game, coach Sean McVay told reporters he wasn’t sure if Stafford had a concussion, so it’s possible this was just a precautionary move after Stafford missed last week’s game with a concussion – a similar situation happened with Christian Watson a few weeks back, who was removed from the game but didn’t have a concussion. Either way, Stafford will have to be cleared in order to play in Week 12, and if he can’t Bryce Perkins will likely start against the Chiefs with John Wolford out this week with a neck injury.

Mike Williams (ankle) – Williams suffered an aggravation of his pre-existing ankle injury while making a catch Sunday night, and while he tried to gut it out, he clearly wasn’t anywhere close to 100% and was ruled out shortly after. Don’t be surprised if Williams ends up having to miss some time here again as a result of this injury, which had previously kept him out since Week 7. Depending on the timetable, he could be droppable, though you’ll want to wait for more information in the coming days.

Kyle Pitts (knee) – Pitts took a low hit to his knee and stayed down, before coming off the field and going to the locker room. He was unable to return to the game, but The Score’s Jordan Schultz reports that the “early indications” are Pitts did not suffer any ligament damage. He’ll have tests done on the knee Monday to confirm, but it sounds like he avoided a worst-case scenario, at least – though, like Fields, he could still miss multiple weeks even in something like an optimistic outcome.

Clyde Edwards-Helaire (ankle) – Edwards-Helaire suffered a high-ankle sprain in Sunday’s game, which likely means he’s going to miss at least a few weeks. That provides some clarity for the Chiefs backfield, as Isiah Pacheco should handle the bulk of the rushing work while Jerick McKinnon leads the way in passing situations. Both are in play as RB3 candidates moving forward. Edwards-Helaire is droppable.

Wan’Dale Robinson (knee) – Robinson was having a potential breakout game, with nine catches on 13 targets for 100 yards, his first-ever 100-yard game. Unfortunately, he suffered an injury on his final catch, had to be carried to the sideline, and was ruled out very shortly after leaving the game. ESPN reported after the game that the team fears Robinson suffered a severe injury, leaving one of the thinnest receiving corps in the league even more short-handed heading into a short week. Darius Slayton is probably the only pass-catcher on this offense even worth considering, with at least 12 PPR points in each of his past four games.

Kadarius Toney (hamstring) – Toney was started in 80% of CBS Fantasy leagues in Week 12, so his catch-less game before leaving was a real bummer. Given his history — including multiple hamstring injuries dating back to the preseason this season — Toney is very much at risk of missing some time, it seems. This is just rotten luck for a talented player who has not been able to stay on the field.

Other wide receivers have gotten more hype and more attention over the past few weeks, but Donovan Peoples-Jones has the look of a must-roster option down the stretch. He finally scored his first touchdown of the season Sunday, and there’s more where that came from.

Here’s who else we’ll be looking to add heading into Week 12:

For the rest of my top early priorities and why I’m targeting them, head here.

College football transfer portal tracker: Latest news on who’s in and out

Tiger Woods reveals his son, Charlie, 13, is already outdriving him

Tiger and Charlie Woods will be back on the course together for the PNC Championship soon, and don’t be surprised if the younger...
Read more