Explainer | What is a currency crisis and how have countries emerged from it? 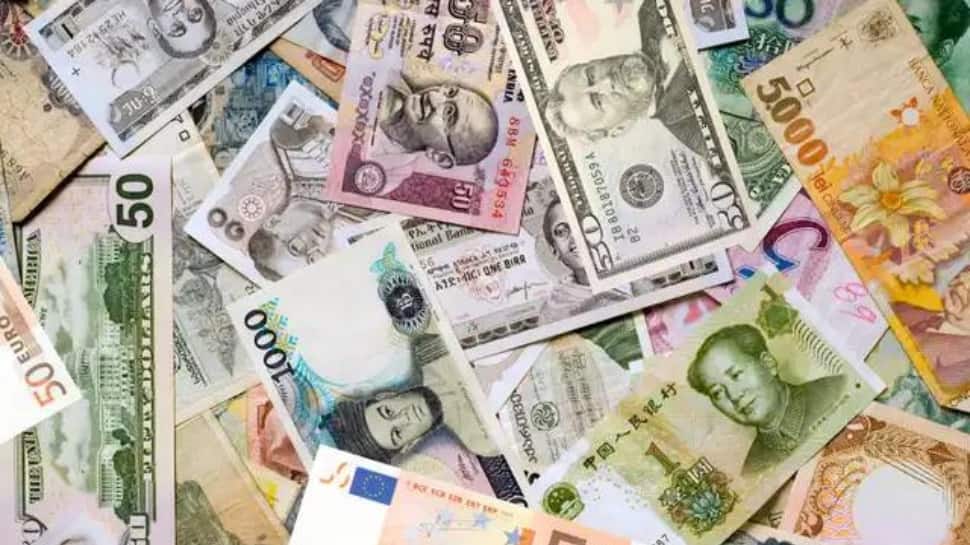 Japanese bank Nomura has recently warned that seven countries – Egypt, Romania, Sri Lanka, Turkey, Czech Republic, Pakistan and Hungary – are now at high risk of currency crises. While the situation in Sri Lanka and Pakistan is known to all, it is interesting to note that Egypt has heavily devalued its currency twice this year and sought an International Monetary Fund (IMF) bailout. Romania is propping up its currency with interventions and Turkey is also facing a currency crisis.

A currency crisis results from a massive balance of payment deficits that culminate in heavy currency devaluation. Financial institutions and governments struggle to meet debt obligations, and economic crises and inflation ensue. Recessions attributed to currency crises have earlier broken out in Mexico (1994), Southeast Asia (1997), Russia (1998) and Argentina (1999-2002), and continuing in Venezuela (since 2016) and Turkey (since 2018). Let us have a look at what transpired in these countries.

Just before the 1994 election in Mexico, the then government began issuing short-term debt instruments in pesos with guaranteed repayment in US dollars to attract foreign investors. However, the assassination of a leading presidential candidate and violent uprisings in several provinces led to political instability and panic among investors.

The central bank finally devalued the peso on December 20, 1994. To discourage the resulting capital flight, it raised interest rates, but higher costs of borrowing hurt economic growth more. Unable to sell new bonds or purchase dollars with devalued pesos, the Mexican economy experienced severe recession and inflation of over 50 per cent. Several banks collapsed, and there was widespread poverty and unemployment.

The US finally organised a $50 billion bailout for Mexico in January 1995.

The chain reaction in Southeast Asia

A financial crisis started in Thailand on July 2, 1997, with the collapse of ‘baht’ after the government floated it due to a lack of foreign currency and the burden of foreign debt. Capital flight ensued, beginning a chain reaction in the neighbourhood. Most of Southeast Asia saw slumping currencies, devalued stocks and a rise in private debt.

Thailand, Indonesia and South Korea were most affected by the crisis. Other countries which suffered were Laos, Malaysia, Philippines, Brunei, China, Hong Kong, Singapore, Taiwan, Vietnam and Japan. Foreign debt-to-GDP ratios shot up beyond 180 per cent in the ASEAN countries during the worst of the crisis.

The IMF initiated a $40bn project to stabilise the currencies of Thailand, Indonesia and South Korea. After 30 years in power, Indonesian President Suharto was forced to step down on May 21, 1998, in the wake of widespread rioting that followed a sharp price rise due to the drastic devaluation of the rupiah.

When an oil crisis saved Russia

The Russian financial crisis began on August 17, 1998, resulting in the Russian government and its central bank devaluing the ruble and defaulting on its debt.

After the Soviet Union split, Russia was supposed to assist the former Soviet states, and as a result, imported heavily from them. In Russia, foreign loans financed domestic investments. When it was unable to pay back those foreign borrowings, the rubble devalued. Russia’s vast amount of mineral and natural resources allowed it to export those, pay back its debt, and then increase foreign reserves to revalue its currency. Much of the reason for the recovery was that world oil prices increased rapidly during 1999-2000 and Russia ran a large trade surplus at the time.

For Argentina, it was soybean

The Great Argentine Depression began in 1998 and lasted till 2002. It was caused as a ripple effect of the Russian and Brazilian financial crises, leading to widespread unemployment and riots, the fall of the government, default on the country’s foreign debt, the rise of alternative currencies and the end of the peso’s fixed exchange rate to the US dollar. The economy shrank by 28 per cent, while half the Argentines lived below the poverty line.

However, the devalued peso made Argentine exports cheap and competitive abroad. The high price of soybeans in the international market produced massive foreign currency (China, for instance, became a major buyer of Argentina’s soy products). The government encouraged credit for businesses, staged an aggressive tax collection plan and allocated large sums for social welfare, but controlled expenditure in other fields.

Venezuela, whose economy has mostly been dependent on oil trade, is a classic example of the collapse a communist regime can bring. The ‘Bolivarian Revolution’ of former President Hugo Chavez almost dismantled the oil infrastructure and imposed stringent currency controls in 2003 to prevent capital flight. This resulted in a severe dip in oil production and exports, and a series of stern currency devaluations.

Unscientific price controls, expropriation of farmlands and industries, a near-total freeze on access to foreign currency and other textbook communist policies resulted in severe shortages in Venezuela and steep price rises of all basic commodities such as food, water and medicine. Manufacturers either cut production or shut shop, and several tech firms and auto majors ultimately abandoned the country.

Venezuela’s economy has been in a state of total collapse since 2013. In 2019, inflation reached 54 million per cent! The country spiralled into hyperinflation, even as the poverty rate was 90 per cent. One 2022 report estimated that illegal activities in Venezuela made up 21 per cent of the country’s GDP. The Venezuelan currency lost 99 per cent of its value five times since 2012, meaning that as of November 2020, it was worth 1 billion times less than in August 2012.

The crisis in Turkey

Further, the Donald Trump regime increased tariffs on Turkish steel to 50 per cent and aluminium to 20 per cent. The final nail in the coffin was slashing interest rates from 19 per cent to 14 per cent. The lira lost 44 per cent of its value in 2021 alone.

Peru’s recent impeachment of President Pedro Castillo represents an opportunity for the U.S. to reset its geopolitical and economic relations with one of its...
Read more
World

Lionel Messi's World Cup dream lives on after Argentina edged out the Netherlands on penalties after a hugely dramatic quarter-final at Lusail Stadium.Messi...
Read more
World