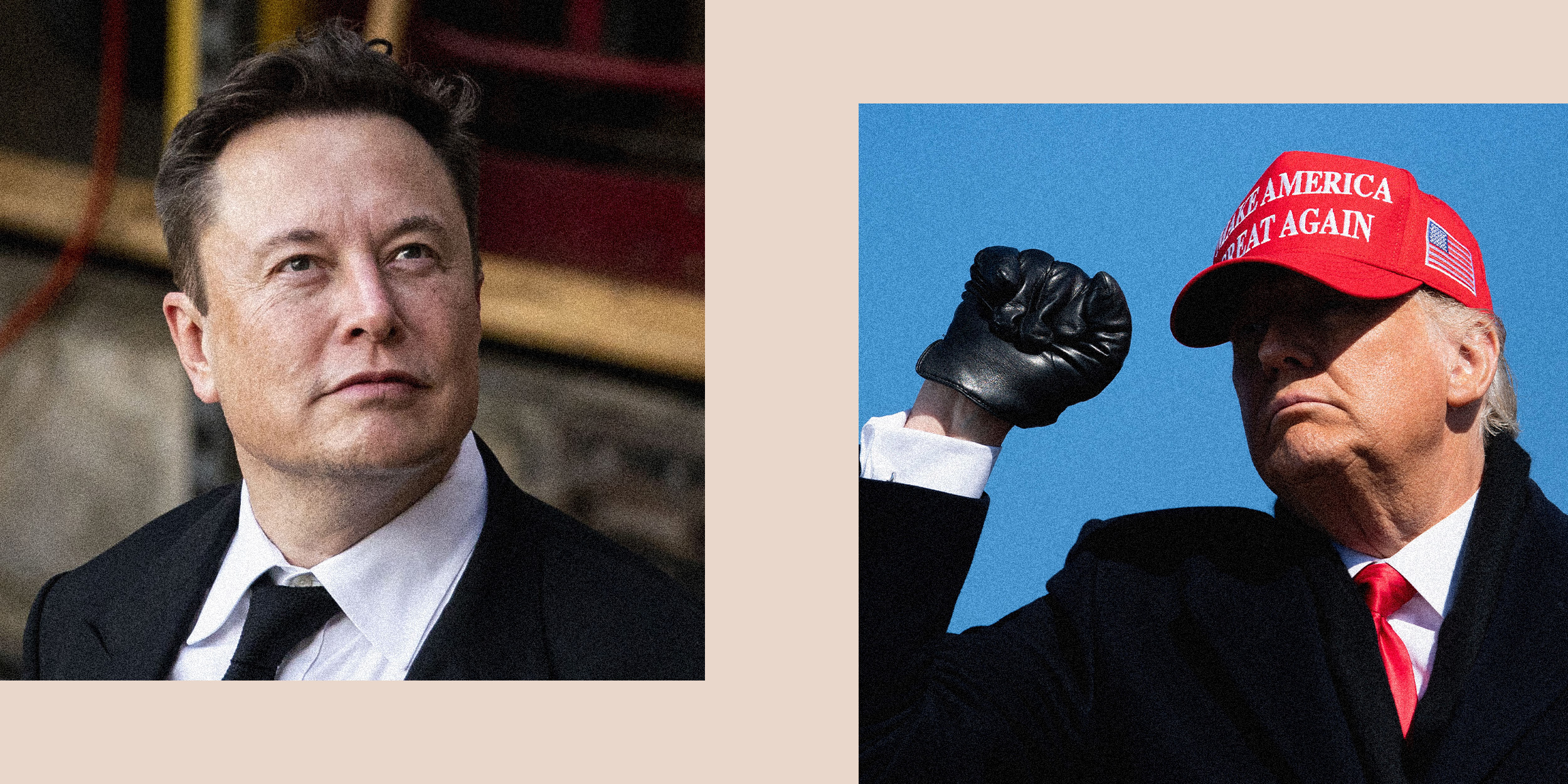 SAN FRANCISCO — Twitter’s new owner, Elon Musk, on Saturday announced that he was reinstating former President Donald Trump to the social media platform, nearly two years after the company suspended him, citing his role in the Jan. 6 riot at the U.S. Capitol.

The platform’s CEO announced the decision Saturday evening after allowing his Twitter followers and others to vote on whether to reinstate the former president, with nearly 52% of those weighing in favoring Trump’s return. The twitter poll logged more than 15 million votes.

“The people have spoken,” Musk tweeted Saturday evening. “Trump will be reinstated.”

Previous tweets from Trump’s account were viewable after its reinstatement, with the most recent from Jan. 8, 2021, when he posted that he would not be attending Joe Biden’s inauguration.

Musk’s decision is easily his most anticipated one since he took control of Twitter on Oct. 27. It comes four days after Trump announced he would run for president in 2024.

Twitter was central to Trump’s political rise, allowing him to broadcast his thoughts, provocations and insults to millions of fans and critics without the filter of the traditional media or anyone else. Around 2011, he began using Twitter to falsely claim that then-President Barack Obama hadn’t been born in the U.S., and later, he used Twitter as president to fire Cabinet officials and threaten North Korea. He also tweeted or retweeted out a variety of false and misleading statements from Antifa conspiracy theories to false Covid treatments. At other times, he used his account to attack his critics, the media, Democrats and Republicans who were not sufficiently loyal.

Trump had 88.8 million Twitter followers when the company banned him.

The move signals a new direction for Twitter, which in recent years has pivoted from an embrace of all-out free speech to take more aggressive action on abuse, harassment, misinformation and calls for violence. Musk has said he will loosen Twitter’s rules, although he tweeted shortly after the takeover that the platform “obviously cannot become a free-for-all hellscape. …”

Trump’s return also comes at a time of heightened expectations that he and other Republicans are set to renew misleading or false claims of election fraud, which Trump routinely tweeted before he lost his account. The decision to welcome Trump back carries risk for Musk, putting him in a position to be blamed for Trump’s future behavior and any potential calls to violence.

It wasn’t immediately clear how often Trump might use his old account. He told Fox News in April that even if Musk succeeded in buying Twitter, he wouldn’t go back and would instead stay on his own social media app, Truth Social.

The former president made a virtual appearance Saturday at the Republican Jewish Coalition Annual Leadership Meeting in Las Vegas, where he reiterated his resistance to using Twitter.

“Truth Social has been very, very powerful,” Trump said. “And I’ll be staying there. But I hear we’re getting a big vote to also go back on Twitter. I don’t see it because I don’t see any reason for it.”

Musk, the world’s wealthiest person, according to Bloomberg News, had forecast the invitation for Trump to return in May, a month after he offered to buy Twitter, when he called the expulsion “morally wrong and flat-out stupid.”

Twitter users have fiercely debated Trump’s absence. He repeatedly tested the limits of Twitter’s rules over the years, and in 2018 the company carved out an exception to ensure “world leaders” could largely do as they pleased without getting banned. On the other hand, Trump is the Republican Party’s chief figure, and his absence from Twitter has meant the service doesn’t accurately mirror the reality of U.S. politics.

Musk fell into the second camp.

“I think permabans just fundamentally undermine trust in Twitter as a town square where everyone can voice their opinion,” he said at a Financial Times conference in May.

Soon after his takeover of Twitter the evening of Oct. 27, Musk tried to assure followers and advertisers that his decision on Trump would be carefully measured.

Twitter and most of the tech industry locked Trump’s accounts during the violence of Jan. 6, 2021, saying he had broken their terms of service and posed a threat to public safety.

In one provocation, Trump tweeted that afternoon that “Mike Pence didn’t have the courage to do what should have been done to protect our Country and our Constitution” and “USA demands the truth!” The tweet came just minutes after his supporters had breached the Capitol doors.

Twitter interpreted those statements and others as violations of its “civic integrity policy,” and it announced Trump’s suspension at 7:02 p.m. ET on Jan. 6:

“If the Tweets are not removed, the account will remain locked. … Future violations of the Twitter Rules, including our Civic Integrity or Violent Threats policies, will result in permanent suspension of the @realDonaldTrump account.”

“After a clear warning we’d take this action, we made a decision with the best information we had based on threats to physical safety both on and off Twitter,” Dorsey said then.

At the time, one consideration was that Trump might use social media during his final two weeks in office to continue to spark violence, a danger that alarmed even many free-speech advocates.

Twitter and Trump fed off each other for years before the ban. Twitter gave Trump easy access to millions of people and a largely free pass to violate its rules, while Trump brought constant attention to a service often overshadowed by larger platforms such as Instagram and YouTube.

Twitter, founded in 2006, had its first profitable quarter in late 2017 while Trump was president.

Meta, the parent company of Facebook and Instagram, has left open the possibility of letting Trump back on as soon as Jan. 7, two years after it suspended him. The company said it would look to experts “to assess whether the risk to public safety has receded.”

“If we determine that there is still a serious risk to public safety, we will extend the restriction for a set period of time and continue to re-evaluate until that risk has receded,” Nick Clegg, the company’s vice president of global affairs, said in a blog post last year.

Clegg’s statement came after the Oversight Board, a quasi-independent body funded by Meta, criticized the idea of an open-ended suspension.

Susan Wojcicki, the CEO of Google subsidiary YouTube, has said the video site would lift its suspension of Trump “when we determine that the risk of violence has decreased.”

Satellite imagery appears to show damage at Russian air base

Several regions of Ukraine have reported interruptions to power and water supplies amid freezing temperatures after about 70 Russian missiles were fired at...
Read more
Top Stories

UNITED NATIONS -- The first attempt to survey the extent of violence and harassment at work around the globe has found that workplace...
Read more

Team India had a brilliant chance to go 1-0 up in the three-match ODI series against hosts Bangladesh but a brilliant last wicket...
Read more
Load more