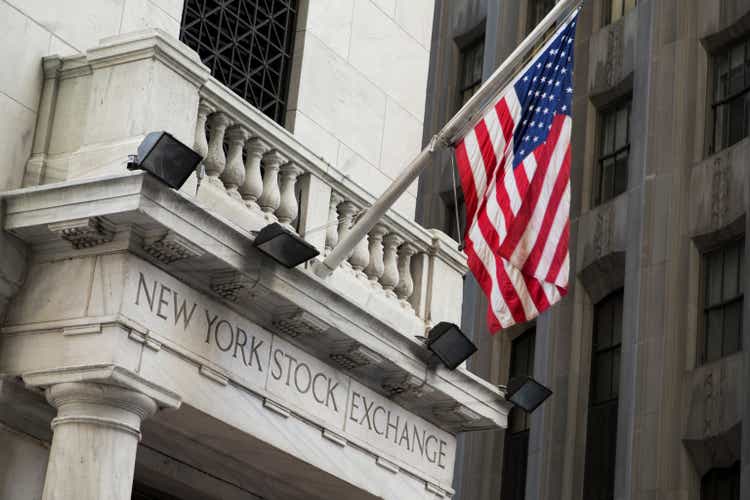 Next week will kick off on Cyber Monday and cover the final days of November, headed into the opening days of December. Amid this start of the holiday shopping season, a few earnings reports are set to be released by key grocery and discount chains, which will offer insight into the state of the consumer.

Elsewhere, the pace of earnings releases will be light. However, a number of closely watched quarterly updates are due out from cloud, cybersecurity and semiconductor spaces.

In terms of specific names, next week will see financial figures from Pinduoduo (PDD), CrowdStrike (NASDAQ:CRWD), Salesforce (NYSE:CRM) Kroger Co. (NYSE:KR) Dollar General (DG), Marvell Technology (NASDAQ:MRVL), Intuit (INTU) and Five Below (FIVE). Below is a curated list of reports due in the week of November 28 to December 2:

Chinese e-commerce platform Pinduoduo (PDD) kicks off the week’s earnings with results due out during pre-market trading on Monday. The company due to post its fiscal third quarter results.

Shares of the Shanghai-based tech giant have risen about 18% year to date, far outpacing the broader market. However, in the month ahead of earnings, actions by the Chinese government have heavily influenced its trading. While new economic support policies from the People’s Bank of China bolstered the stock in late October, lockdown fears pressured shares into November.

Austin-based cybersecurity company CrowdStrike (CRWD) is due to post its fiscal third quarter earnings update after the close on Tuesday. The announcement is coming less than two weeks after competitor Palo Alto Networks (PANW) posted a big earnings beat that prompted an over 10% post-earnings pop.

The consensus rating on CrowdStrike remains a Strong Buy, according to a Seeking Alpha survey. Ahead of the results, Morgan Stanley “pounded the table” on the cybersecurity space, highlighting opportunity in both CrowdStrike and Palo Alto.

“The biggest estimate cuts in [the third-quarter] were from smaller companies selling predominantly point products, in our view,” the analysts wrote. “This aligns with our general preference for leaning into consolidators, most of which are reporting off-calendar [such as] Palo Alto Networks (PANW) and CrowdStrike (CRWD).”

San Francisco-based software giant Salesforce (CRM) is due to post third quarter results for its fiscal year 2023 after the close on Wednesday. Ahead of the results, the Marc Benioff-led company reportedly cut hundreds of jobs and is considering further headcount reductions. Analysts have also grown more cautious on the cloud company, cutting EPS and revenue estimates 32 and 35 times, respectively.

“The most consistent message in our checks this quarter was one of uncertainty, specifically related to myriad macro factors impacting deal timing and ultimately pipeline conversion,” Deutsche Bank analyst Brad Zelnick wrote in a note to clients. “Accordingly, we believe it prudent to adjust our model and layer in additional conservatism for [fourth-quarter] and next year, in addition to the stronger [U.S. dollar].”

Kroger Co. (KR) is due to post its fiscal third quarter results prior to the bell on Thursday. The earnings will be the first for the grocery chain since it announced its intention to acquire Albertsons Companies (ACI), a move that has been met with significant regulatory and even congressional pushback. A hearing on the merger is expected for the week following the results.

Nonetheless, analysts remain upbeat on the stock, hiking annual EPS estimates 19 times and revenue estimates 11 times in the 90 days ahead of earnings. These moves came as inflation is seen as a paradoxical benefit to the grocer amid a consumer trade-down.

The largest discount retailer by locations in the U.S., Dollar General (DG) will post its fiscal third quarter results before the bell on Thursday. The defensive consumer retail stock has significantly outperformed the market in 2022, rising over 14% in contrast to an over 14% decline for the S&P.

However, there have been some recent signs of difficulty in the sector. Dollar Tree (DLTR), DG’s key competitor, offered a below-consensus forecast for the fourth quarter that sent shares south after its earnings report on November 22.

After the bell on Thursday, Marvell Technology (MRVL) will post its third quarter earnings results. While the stock has been halved in 2022, falling alongside much of the semiconductor sector, MRVL has marked a double-digit gain in the month ahead of the Q3 report, spurred on by Warren Buffett’s bet on Taiwan Semiconductor (TSM) and bullish calls on the Street.

“We believe semiconductors are in a period of sustained long-term growth, with factors such as AI, cloud computing and automotive all driving growth that’s more diversified vs. the past,” Credit Suisse analyst Chris Caso wrote in a recent note to clients. Caso selected Marvell Technologies (MRVL) as a top pick.

Elsewhere, the company is working to wind down some R&D operations in China amid trade tensions.

Cracker Barrel Old Country Store (CBRL) will headline a quiet Friday, delivering its Q3 update in pre-market hours. Shares of the restaurant and gift shop chain have outpaced the market in 2022, falling about 9% decline against about a double-digit drop for the S&P 500.

People are ‘long social distancing’ from work due to COVID-19. Economists say that’s contributing to a drop in labor-force participation.

More than two years after the coronavirus pandemic began, social distancing is keeping some workers from going back to work. It’s a decision,...
Read more
Share Market