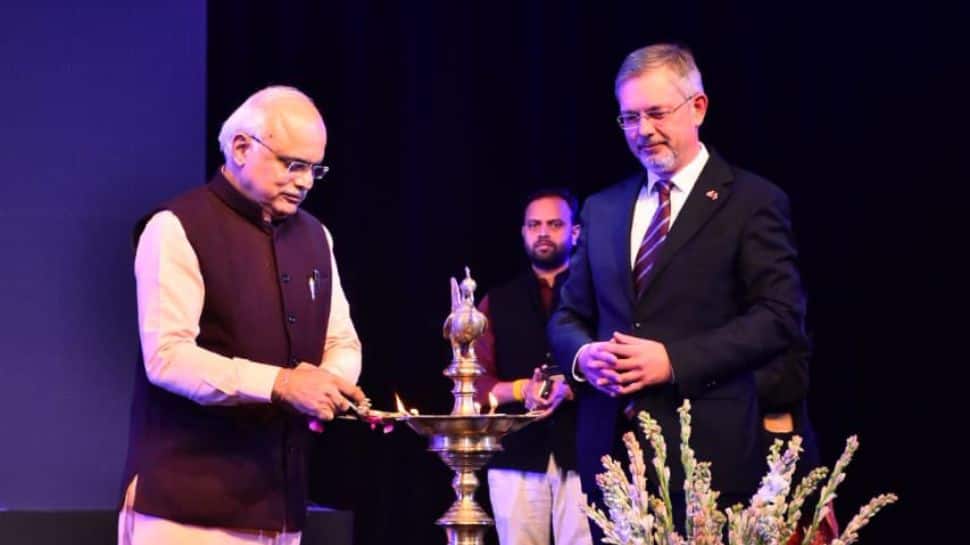 “Tonight we are resuming the wonderful tradition of reciprocal cultural festivals of Russia and India and India and Russia. This year we have brought to India three very prominent, famous groups and dance and song groups and this particular year’s festival will become a very colourful culmination of the 75th anniversary Russia-India diplomatic relations. It would be a very vivid illustration of the rich and diverse cultural bonds between our nations, the historic friendship, mutual interest and understanding and trust,” said the Russian Ambassador.

The Russian Ambassador to India was speaking at the inauguration of the Russian Culture festival as India-Russia celebrated 75 years of diplomatic relations.

“After years of living during the pandemic, we resume this wonderful tradition which is always been very popular in both our friendly countries. Over a week’s time, our Indian friends will enjoy a number of brilliant performances spread across the metropolitan cities of New Delhi, Mumbai and Kolkata as a tribute to one of the most ancient civilizations on Earth. The festival will be the most colourful manifestation of the 75th anniversary of Russia and India of diplomatic relationship which we celebrate this year. There is a popular saying in India, ‘Dosti se zyada kuch bhi nahi hota’ (there is nothing more important than friendship). A very precise characteristic of the trusted and friendly character of Russia and India`s strategic partnership. This mission of the festival is to increase our humanitarian ties through cultural events,” he added.

The Russian Culture Festival commenced today in New Delhi. The festival will roll over New Delhi, Kolkata and Mumbai up to 29th November 2022. The festival in India began with the performance of the Ensemble Lezginka which demonstrated the unique folk art of Russia.

The State Academic Honoured Dance Ensemble of Dagestan “Lezginka” was founded on September 6, 1958. During its existence, the ensemble has toured 75 countries around the world and has been the winner of 52 world-renowned Festivals of Folklore dancing competitions specifically catering for professional companies.

The festival is brought by the federal state budgetary institution of culture ROSCONCERT, with the support of the Russian Ministry of culture and the India Council for Cultural relations under the Ministry of External Affairs of India.

Covid-19 leaked from China’s Wuhan lab, US govt to blame too, claims scientist in new book

A US-based scientist who formerly worked with the Wuhan Institute of Virology in China claimed, in his book, that the Covid-19 virus was...
Read more
World

Iranian women have taken to the streets to protest the country’s repressive laws against women, and women in neighboring Afghanistan are taking notice.Widespread...
Read more