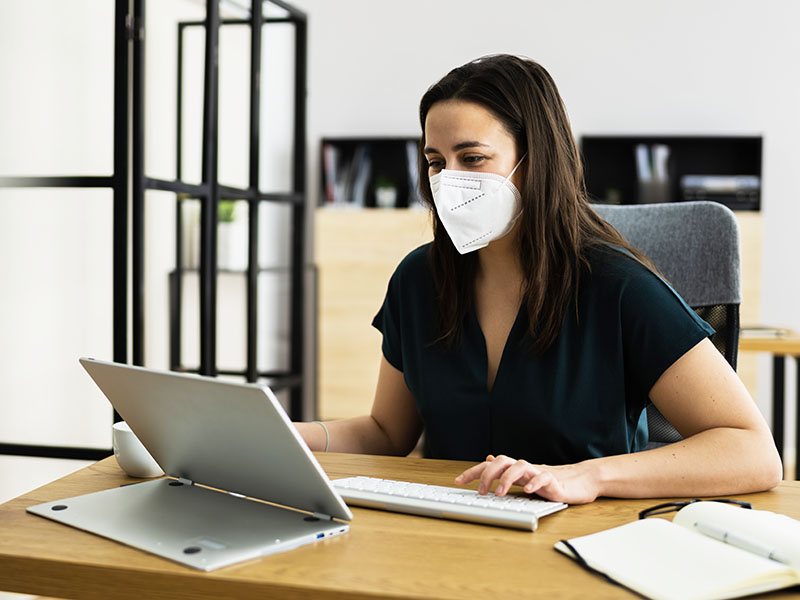 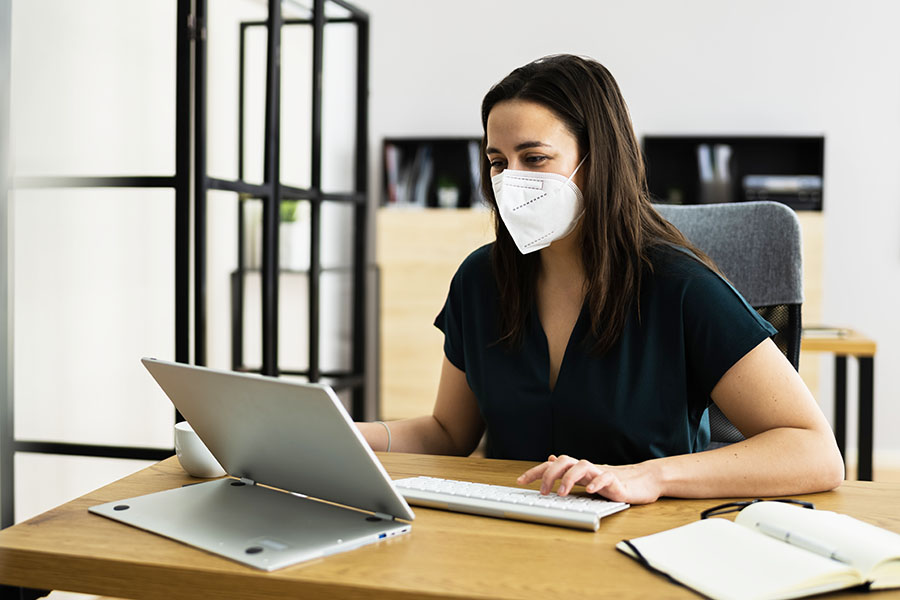 Early COVID-19 lockdowns sparked a contentious debate that rages on in the workplace: Can businesses thrive if employees continue to work remotely?

Skeptical CEOs, such as the leaders of Goldman Sachs and Starbucks, say they need workers in the office full time to foster a collaborative environment. At the other extreme: Companies like 3M, SAP, and Twitter are letting many employees work from anywhere. Stuck in between: Employees quitting inflexible jobs as part of the “Great Resignation” and new hires feeling adrift without regular contact.

The ideal solution, according to a new working paper, might be a compromise: Hybrid schedules in which employees roughly split their workweeks between the home and office appear to work best. These schedules allow for the right mix of flexibility and engagement that not only makes employees happier, but more productive and creative, resulting in higher-quality work, the study shows.

“It seems there is a sweet spot in the middle,” says Prithwiraj Choudhury, the Lumry Family Associate Professor of Business Administration at Harvard Business School.

In the first study of its kind, Choudhury analyzed more than 30,000 emails sent among colleagues experimenting with various work arrangements during the COVID pandemic in 2020. He teamed with Tarun Khanna, the Jorge Paulo Lemann Professor at HBS, HBS doctoral student Kyle Schirmann, and Christos Makridis of Stanford University and Columbia Business School.

Emails reveal the quality of work

Choudhury and his colleagues conducted a field experiment involving 130 human resource administrators at BRAC, the world’s largest nongovernmental organization, which is based in Bangladesh. The experiment took place in summer 2020, at the end of the country’s nationwide COVID-19 lockdown.

The researchers studied employee emails and attachments before and during a nine-week period using machine learning and textual analysis. They supplemented their email analysis with qualitative surveys of the employees involved in the study and their respective managers.

Employees were randomly assigned, via a lottery, to certain days they would work in the office. Choudhury and his team then divided the participating HR workers into three groups based on how they split their time between the home and office. The mostly-at-home group went to the office up to eight days during the study period. Hybrid workers spent nine to 14 days at the office, and the mostly in-office cohort worked more than 15 days in the office.

Employees completed surveys that assessed their sense of satisfaction with their various work arrangements. Meanwhile, their supervisors rated the productivity of workers on a seven-point scale from “unsatisfactory” to “excellent” in categories such as ability, cooperation, job knowledge, creativity, productivity, and quality of work.

Hybrid is the right balance

In all three categories—number of emails sent, work-from-home satisfaction, and quality of work product—the hybrid group members outranked their peers.

Hybrid work resulted in 0.8 more emails sent per day, and office work led to a 0.5 increase, compared to the group that mostly worked at home. Also, hybrid work is associated with a 58 percent increase in the number of unique email recipients compared to those mostly working from home, a metric that indicates that workers in the hybrid category had broader intraorganizational email networks.

This is significant, given concerns that remote work might lead to siloed email networks, a pattern that might affect collaboration and innovation. Workers in the hybrid category also produced more novel emails and email attachments, with novelty measured using text and machine learning methods.

For employees, the paper says, “hybrid work might represent the best of both worlds.” Worker surveys conducted at the end of the experiment revealed that hybrid employees reported greater satisfaction with working from home, better work-life balance, and lower isolation compared to the other two groups.

“If you are in the intermediate group, you get the greatest benefit of flexibility without having the costs of isolation from your coworkers,” says Choudhury.

The findings may also be good news for employers: The work didn’t suffer from flexible schedules; in fact, just the opposite. The results showed that hybrid workers produced more novel work than the other two groups, with managers subjectively rating their work as higher quality than the others.

Choudhury notes that the new working paper may be the first to generate data on the impact of hybrid work schedules on enterprise communication patterns and work quality, but cautions that more work needs to be done to flesh out the findings.

Choudhury, who studies the future of work, had conducted numerous studies of remote work long before the pandemic forced companies into a giant field experiment against their will.

The results of the BRAC experiment follow Choudhury’s separate study of the US Patent and Trademark Office. That research found that patent examiners who were able to “work from anywhere” examined 4.4 percent more patent applications, without a significant increase in rework or deterioration of quality. The study findings suggest that the examiners might have strived to produce quality work the first time while staying in close contact with managers.

His research points to a highly productive, happier work world where flexibility could become the rule rather than the exception. He cites Indian technology giant TCS, which recently announced that employees need to be in the office only 25 percent of the time—and the days may differ from group to group.

“It doesn’t mean you have to be in the office every week,” he says. “The guiding principle is that the team decides what the co-location schedule will be.”


[This article was provided with permission from Harvard Business School Working Knowledge.]