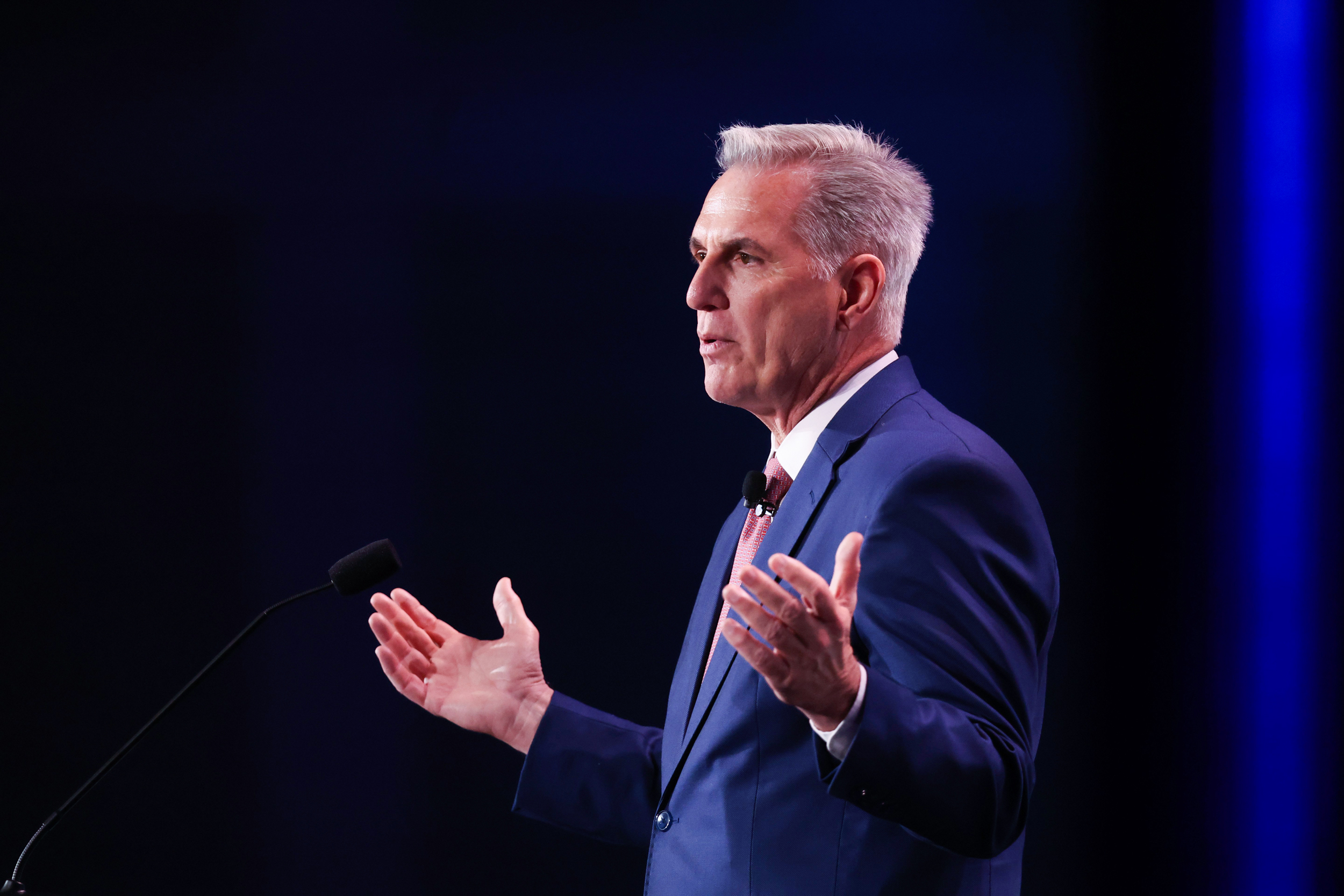 House Democrats swiftly pushed back at Minority Leader Kevin McCarthy in response to his threat to strip them of their committee assignments if he is elected as speaker.

After Republicans narrowly won back control of the House in the midterm elections, McCarthy this weekend doubled down on his pledge to remove several prominent House Democrats from their committee assignments if he becomes speaker. McCarthy said he would not allow Reps. Ilhan Omar, D-Minn., Adam Schiff, D-Calif., and Eric Swalwell, D-Calif., to serve on their committees.

In a tweet posted Saturday alongside a video clip, McCarthy said that he would keep his promise to remove Omar from the House Foreign Affairs Committee “based on her repeated anti-semitic and anti-American remarks.” He made similar comments during an appearance on Fox News on Sunday.

Omar issued a blistering statement Monday in response to McCarthy’s remarks, taking aim at Republicans for making it “their mission to use fear, xenophobia, Islamophobia and racism to target me on the House Floor and through millions of dollars of campaign ads.”

Omar pointed to McCarthy’s support of Rep. Marjorie Taylor Greene, R-Ga. During an interview with CNN earlier this month, McCarthy said he would reinstate the far-right lawmaker’s committee assignments if he becomes speaker. Greene was stripped of her assignments last year in light of incendiary remarks musing about the execution of Democratic lawmakers.

“What it does is gin up fear and hate against Somali-Americans and anyone who shares my identity, and further divide us along racial and ethnic lines,” she continued. “It is a continuation of a sustained campaign against Muslim and African voices, people his party have been trying to ban since Donald Trump first ran for office.”

Schiff, who serves on the House Intelligence Committee, similarly took aim at McCarthy in an interview with ABC News Sunday.

Schiff called McCarthy a “very weak leader” of the GOP conference who will adhere to Greene’s wishes.

“It’s going to be chaos with Republican leadership,” Schiff added.

Asked by NBC News about his response to McCarthy’s vow, Swalwell said, “talk to me if Kevin McCarthy becomes speaker.”

McCarthy initially made his pledge to boot Schiff, Swalwell and Omar from their committee assignments if the GOP retakes the House in an interview with Breitbart News in January. All three Democratic lawmakers are vocal critics of former President Donald Trump and have repeatedly been targeted by conservatives.

Removing Democrats from their committee assignments would require a vote of a majority of the House.

Summer Concepcion is a politics reporter for NBC News.

USA's Timothy Weah was denied a goal shortly before halftime because the referee flagged he was offside. You might be confused as to...
Read more
Top Stories