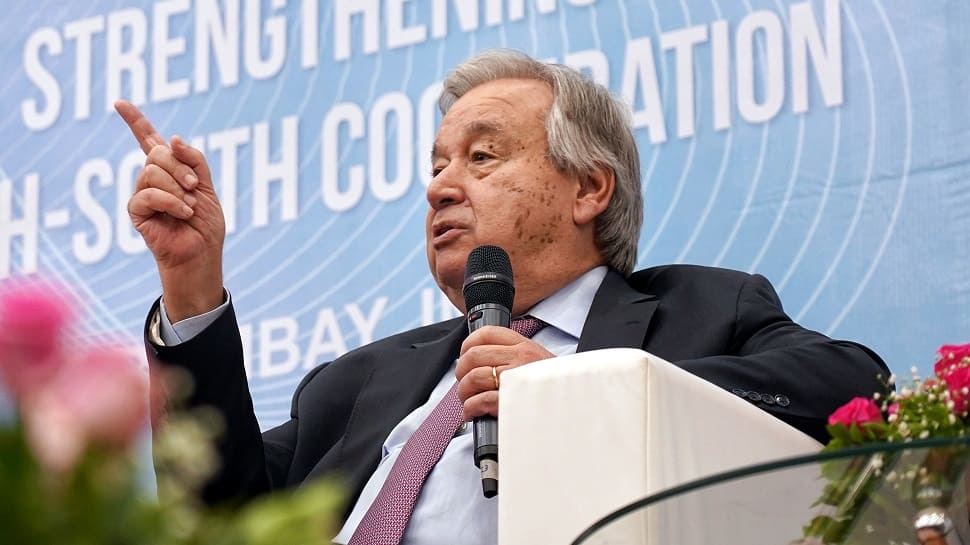 Sharm el-Sheikh: UN Secretary-General Antonio Guterres said on Thursday that as COP27 is scheduled to wrap up in 24 hours but countries remain divided on several significant issues including `loss and damage`, Speaking at the Sharm el-Sheikh International Conference Centre, Guterres requested all parties to rise to the urgency of the moment and agree on real solutions to solve humanity`s greatest challenge.

“COP27 is scheduled to close in 24 hours – and the parties remain divided on a number of significant issues as it was referred. There has been clear, as in past times, a breakdown in trust between North and South, and between developed and emerging economies. This is no time for finger-pointing. The blame game is a recipe for mutually assured destruction,” Guterres told journalists.

“I am here to appeal to all parties to rise to this moment and to the greatest challenge that humanity is facing,” he added. The UN chief asked nations countries to deliver the kind of meaningful action that people and the planet desperately need.

“The world is watching and has a simple message: stand and deliver,” he underscored. Guterres reminded world leaders that global emissions are at their highest levels in history, and climate impacts are decimating economies and societies.

“The most effective way to rebuild trust is by finding an ambitious and credible agreement on loss and damage and financial support to developing countries. The time for talking on loss and damage finance is over. We need action,” he stated, urging negotiators to deliver concrete solutions to resolve one of the thorniest issues on the table at this year`s COP, or Conference of Parties, to the UN climate convention.

The UN chief also asked negotiators to send a clear signal that the voices of those on the frontlines of the crisis are being heard, while the world is burning and drowning before their eyes.

“Reflect the urgency, scale and enormity of the challenge faced by developing countries. We cannot continue to deny climate justice to those who have contributed least to the climate crisis and are getting hurt the most,” he explained.

For the first time in the history of UN climate conferences, the issue of loss and damage has been included in the official agenda.UN News reported that creating a new financial facility to compensate for the losses suffered by vulnerable countries hit hardest by natural disasters, is a key demand by the negotiating bloc known as the Group of the 77, which represents nearly all developing countries.

The UN chief also asked for the delivery of the USD 100 billion annually in climate finance promised at COP15 in Copenhagen. He asked the Parties to act in consensus to double their investments in adaptation and reform multilateral development banks and international financial institutions. “…the parties must act on the crucial question of finance. That means the delivery of USD 100 billion in climate finance for developing countries. It means clarity on how the doubling of adaptation finance will be delivered through a credible roadmap,” he said.

He also stressed that banks and international financial institutions must provide the support developing countries need to embark on a renewable energy and climate-resilient pathway”, he highlighted.