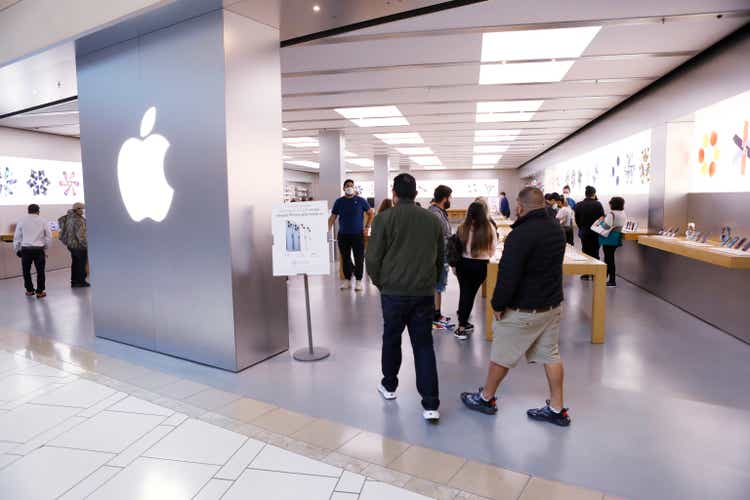 With the Black Friday shopping extravaganza set to officially kick into gear the day after Thanksgiving, consumers will do what they always do and set their sights on deals for any and all kinds of electronic products.

And according to an assessment of this Black Friday season by Citi analysts Asiya Merchant and Jim Suva, there are a lot of mixed intentions among consumers regarding what gadgets are likely to end up in their shopping carts here at the end of the year.

The analysts said that a survey of more than 2,200 U.S. consumers found that while purchasing intentions remain mixed across different electronics categories, dollar-spending intentions are “generally lower,” due in large part to better deals being available compared to a year ago.

Among some of the main electronics categories, Merchant and Suva said smartphone, PC and tablet spending intentions have risen, while plans to purchase TVs have declined slightly from last year.

With regards to smartphones, Merchant and Suva said there is a “higher preference for [the] more-premium iPhone Pro lineup compared to last year.” For PCs and tablets, the Citi analysts said higher spending intentions are running contrary to recent reports of ongoing weakness in consumer PCs. Such a situation “could indicate some early signs of [the market] bottoming” in 2023 as product replacement rates are running shorter than a year ago.

Other product areas where consumers are expected to increase their spending include video game consoles and accessories, wireless headphones and digital cameras. Merchant and Suva said their survey showed fewer purchasing intentions among consumers for fitness and smartwatches, computer accessories and smart home devices such as smart speakers.

Merchant and Suva said that on the whole, consumer device demand “is unlikely to see recovery in the near term” due to ongoing fears about inflation and the risk of a recession weighing on consumer sentiment.

Still the analysts said preference for Apple (NASDAQ:AAPL) products “remains resilient” among consumers, and that they remain positive on the prospects for companies such as Dell (DELL), Logitech (LOGI) and Samsung Electronics (OTCPK:SSNLF).

Merchant and Suva were more reserved about the likes of Sony (SONY), Corning (GLW) and HP (NYSE:HPQ). For HP (HPQ), investors took a slightly positive view of the PC and printing technology company following its latest earning report, and plans to cut between 4,000 and 6,000 jobs by the end of its 2025 fiscal year.