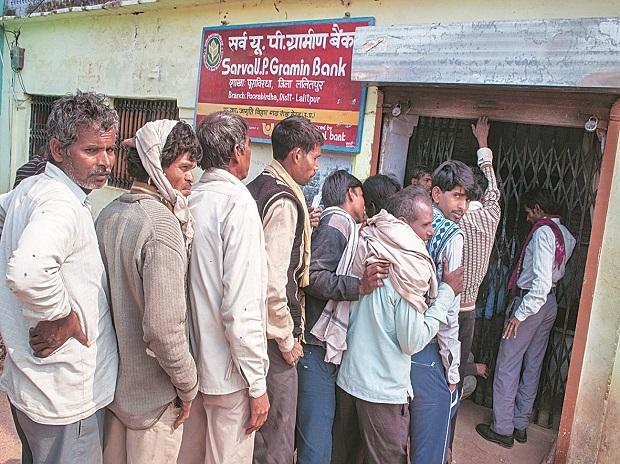 The boards of individual banks can decide on waiving the penalty on accounts, which do not maintain a minimum balance, Union Minister of State for Finance Bhagwant Kishanrao Karad on Wednesday said.


“Banks are independent bodies. They have boards which can take a decision to waive off the penalty,” Karad told reporters here.


The minister was responding to a question if the Centre would consider directing banks not to charge any penalty from the accounts where the balance falls below the prescribed minimum levels.


Karad was on a two-day visit to Jammu and Kashmir to review the implementation of various financial schemes in the Union Territory.


The minister said the banks in Jammu and Kashmir had done a good job over the years and directed them to improve their performance on those parameters where they are lagging behind the national average.


“The credit-deposit ratio in Jammu and Kashmir is 58 per cent and I have asked them to raise it,” Karad said.


The minister, however, expressed satisfaction that despite the difficult terrain, there was not a single village in Jammu and Kashmir that does not have bank communication.


“There is a bank correspondent within five kilometres of all villages in Jammu and Kashmir,” he added.


The minister said he has asked both public and private sector banks to widen their presence in Jammu and Kashmir.


Karad said while Jammu and Kashmir had a higher number of bank branches and ATMs for every one lakh population, there was a need to open more branches and ATMs as the population density in the Union Territory was less compared to the rest of the country.


“The banks have promised to open 20 new branches by March 2023. Of these, four branches were opened today while three new ATMs were also inaugurated today,” he said.


Karad said financial literacy and financial inclusion among the masses were the top focus areas of the Modi Government.


“For creating more awareness among the masses about various loan schemes, we have sanctioned two vans for aspirational districts Kupwara and Baramulla through NABARD, which will bear the expenses of the campaign for financial literacy in these areas,” he said.