6 Ways to Give Better Gifts—Based on Science 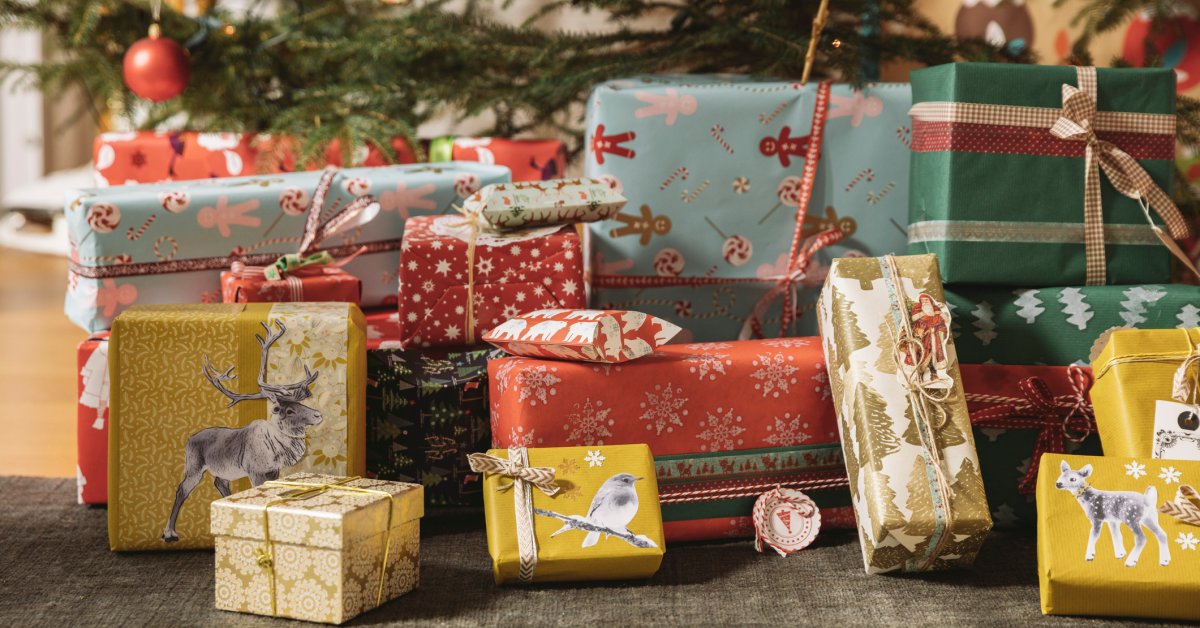 I like to think I’m an excellent gift giver—but I’ve occasionally detoured into questionable territory. I once wrapped up a 25-inch cardboard cut-out of my smiling face. The recipient—a family member who wished they saw more of me—loved it (despite the strange looks from everyone else).

My other greatest hits have been less controversial: Jeni’s ice cream shipped to a friend across the country; punny T-shirts; a rare plant from the Netherlands; dog toys that were ripped open well before their intended reveal.

They’re all the result of months of agony. Somewhere around Labor Day every year, I enter elf mode and start spinning my wheels over holiday gifts. How to make a splash without draining the bank account? What to give the person who won’t make a list? Why is this so hard?

To my surprise, help comes from an unexpected source: scientific researchers. People actually specialize in the study of gift-giving to shine light on what we get right—and wrong.

Lest one think this type of research isn’t as important as other, weightier topics, keep in mind: We all give gifts, and we all stress over it. “It can really have an impact on people’s relationships,” says Julian Givi, who teaches marketing at West Virginia University and has authored numerous studies about gift-giving. “It can bring people closer or drive them apart. It has enormous well-being implications, it’s practiced around the globe, and tons of money goes into it.” (Everyone must look forward to Givi’s gifts, right? “I think it depends who you ask,” he says modestly. “But I definitely try to follow the advice.”)

Here are six science-backed tips that can help you up your gift-giving game this year.

A couple years ago, a friend sent me a package on one of my favorite holidays: my birthday. She had stealthily saved a dozen photos from my Instagram account—of me and my dog, and my other dog, and my cat, and my other cat—and had them printed on a big blanket that I still admire every day. I cried. It was one of the most thoughtful gifts I’ve ever received.

While most of the stuff we give people eventually disappears into the black hole of forgotten belongings, sentimental gifts often remain cherished for years. But we’re not giving these as frequently as we should—usually because they feel like a risk. When faced with the choice between a sentimental gift or something that directly relates to the recipient’s preferences and tastes, most people choose the latter, according to a 2017 report co-authored by Givi and published in the Journal of Consumer Psychology. However, Givi’s research indicates that recipients actually prefer sentimental gifts that remind them of special events and relationships.

Say Givi was shopping for his brother, a Pittsburgh Steelers fan. “I might just go ahead and give him a Steelers jersey,” he says—rather than the more sentimental option he had been considering: an album of special photos. “It’s a superficial type of gift, but I can feel comfortable that it’s going to be at least somewhat well-received.” In reality, he would have been better off going with the photo album, his research suggests.

So next time you’re in doubt, remember: It’s hard to go wrong with something sentimental, and recipients really do want these gifts—even more so than whatever ostensibly aligns with their interests.

Think beyond the moment of exchange

Everyone wants a “wow” moment—a stunned, ecstatic friend or family member who can’t believe their good fortune at receiving such a cool gift. As a gift-giver, “I want to see your eyes light up and for you to be delighted,” says Robyn LeBoeuf, a gift-giving researcher and professor of marketing at Washington University in St. Louis. But those moments are fleeting, and the recipient will be stuck with the gift well beyond that initial exchange.

Research indicates that, rather than striving for a big reaction, we should focus on what will ultimately provide the most utility or long-term enjoyment. “We tend to prioritize desirability or excellence over feasibility or usefulness,” she says. “As givers, we try to optimize and maximize—we’re trying to do the best and the fanciest—but recipients don’t always need or expect that, and might actually be happier with something that fits better into their lives.”

For example, LeBoeuf says, recipients don’t necessarily want a gift card to the fanciest restaurant in town—which might be far away or hard to score reservations for. They’d rather go to their favorite restaurant down the street. So take the pressure off finding something that will be super exciting to unwrap, and think two weeks or two months down the road instead. What will still be useful then? (In case you were wondering: A cardboard cut-out doesn’t pass the test, sentimental as it was. Mine is now collecting dust.)

Go all in on experiences

You’ve heard this debate before: things vs. experiences. It turns out that experiential gifts are better at strengthening relationships than material ones, according to research published in 2016 in the Journal of Consumer Research.

“What we found was that people who received experiential gifts felt more connected to the gift giver,” says study co-author Cassie Mogilner Holmes, a professor at UCLA’s Anderson School of Management. “And interestingly, it didn’t require the giver to actually experience it—to go to dinner with the person, or to go to the concert with them.” While that’s certainly a bonus, recipients were simply happy to get to experience something fun. “Whether the giver is there or not, the recipient thinks of that person while they’re consuming the experience, which I think is lovely,” Holmes adds.

I’ve gifted a rock-climbing class for two; I would be enormously pleased if my friends who are reading this presented me with Taylor Swift tickets. But you can also be creative with what counts as an experience. For example, say you’re giving someone a book. Write a message in it about what you hope they get out of the reading experience. Or perhaps you’ve selected “something as mundane as a mug,” as Holmes puts it. “When you give them the mug, you can write a card saying that when they’re drinking their morning coffee, you want them to relax.” That shows you’re thinking about their morning ritual and the experience of using the gift.

Try not to be selfish

Givi’s research has found that we often refrain from giving people a gift that we already own ourselves, because we don’t want to devalue the uniqueness of our own possessions. “Say I have a special Josh Allen jersey,” he says, referencing the Buffalo Bills quarterback. “Maybe it’s a throwback jersey. Would I want to give an identical version—or even a better version—to a friend? That’s going to make mine feel not so good anymore.”

But it’s also going to deprive the person you’re gifting of something they might love, and c’mon, it’s the holidays. To the extent possible, squash those selfish tendencies. “If you’re really trying to maximize the recipients’ happiness, take yourself out of the picture,” Givi advises.

Make things easier on yourself

If you’ve ever gone shopping for a long list of people, perhaps you’ve felt pressure to make each gift unique. That shouldn’t be a concern. LeBoeuf’s research indicates that in this situation, shoppers focus on differentiating gifts instead of what each person would like the best. As a result, they choose unique gifts over those that would have been liked better. Instead, we should consider what each recipient would choose for themselves, and if that means buying everyone the same thing, so be it.

“We want to honor their unique personalities, but maybe that one great gift would have been better for each person,” LeBoeuf says. “Think of everyone in isolation, rather than comparing them to others.”

Sometimes we’re so eager to prove that we know the person we’re shopping for that we go overboard catering to a specific interest.

Let’s say you love cats. “Your friends might start giving you cat things, like cat stationary and cat pens and cat, cat, cat,” you name it, LeBoeuf says. “They’re trying to be really thoughtful and show, ‘Hey, I know who you are.’ But at some point, recipients are like, ‘Enough with the cat stuff already.’”

Research that LeBoeuf is currently working on indicates that recipients prefer gifts that are more versatile. For example, even if someone’s favorite color is pink, they might be happier with a nice pen suitable for everyday use, versus a fluorescent pink option. “We try to say, ‘This is going to be the perfect thing for you,’” she says. “But recipients might prefer something a little more flexible and a little more usable.”

The barbell is one of the most versatile gym equipment. Barbells have applications in strength development, muscle building, athletic performance, injury reduction, and...
Read more
Health

The shocking impact that soaring bills are having on mental health has been laid bare by a report that highlights how money worries...
Read more
Health

Teen Marijuana Poisonings Are On the Rise in the U.S.