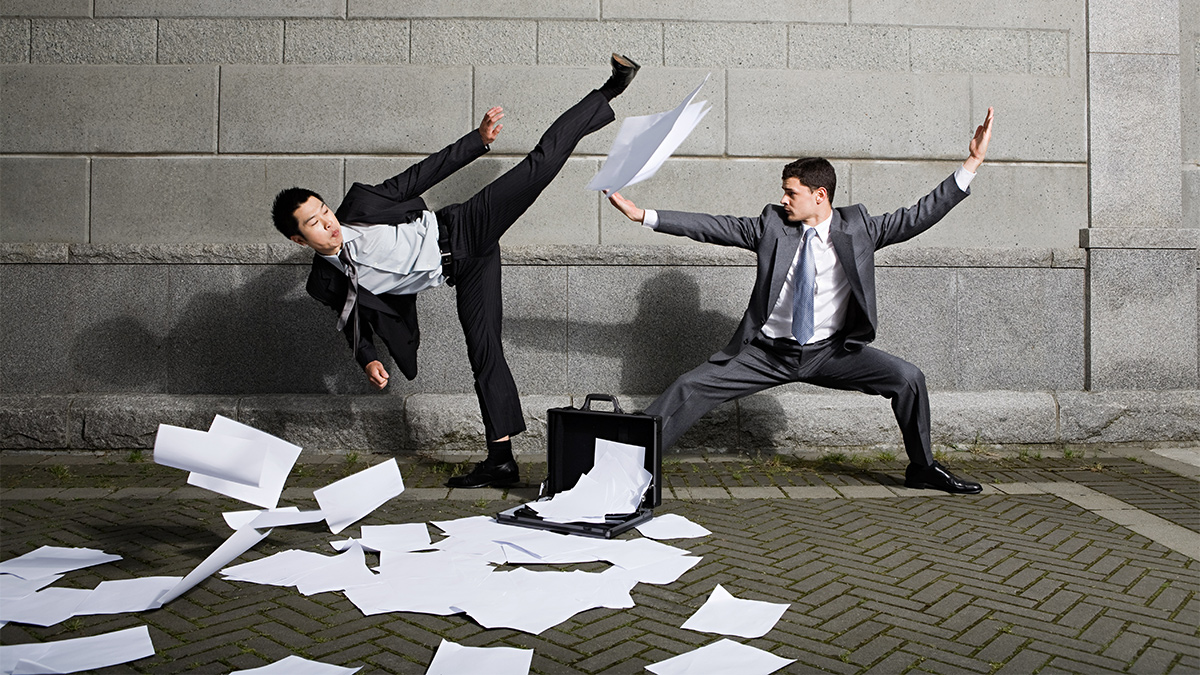 
One of my favorite questions to ask people who are dealing with a difficult colleague is: What would you do about this situation if you could do anything you wanted?

In researching and writing my book, Getting Along: How to Work with Anyone (Even Difficult People), I had the opportunity to ask this question of dozens of people, and the answers usually ranged from practical to entertaining to a bit scary (there are lots of people who want to punch an annoying colleague in the face!). Many fantasize about quitting dramatically. Others just want to tell their coworker exactly how they feel without mincing words.

I ask this question because I want people to think expansively about how they might respond, and often, without constraints, they land on a strategy that might actually work (not punching someone in the face!).

But there are quite a few tactics that are less productive that we sometimes gravitate toward because we think they’ll help us feel better, when in actuality, they often backfire. They may alleviate our pain in the short term but are ultimately bad for us, the other person, and our organization. Avoiding these common tactics will prevent you from making things worse.

When you’re at your wit’s end with a challenging colleague and it feels like you’ve tried everything, well-meaning friends and coworkers may tell you to “just ignore it” or to “suck it up” and move on with your life. This can be good advice if you’re truly able to let it go. But often we decide we’re going to do nothing but actually end up doing a whole lot of things, whether it’s stewing about the situation, talking incessantly about it to our partner, or becoming passive-aggressive. Suppressing our emotions rarely helps.

In fact, psychologist Susan David writes that “suppressing your emotions — deciding not to say something when you’re upset — can lead to bad results.” She explains that if you don’t express your feelings, they’re likely to show up in unexpected places.

Have you ever yelled at your spouse or child after a frustrating day at work — a frustration that had nothing to do with [them]?…When you bottle up your feelings, you’re likely to express your emotions in unintended ways instead, either sarcastically or in a completely different context. Suppressing your emotions is associated with poor memory, difficulties in relationships, and physiological costs (such as cardiovascular health problems).

In other words, sucking it up doesn’t usually decrease your stress level. It raises it.

The risk that you’ll take your negative feelings out on innocent bystanders isn’t the only reason to avoid this tactic. Caroline Webb, author of How to Have a Good Day, points out that, while the intention behind pretending you’re not upset with a difficult colleague may be good — perhaps you want to preserve the relationship — they’re likely to sense your irritation anyway. “Because of emotional contagion, they might not be conscious that you harbor negativity toward them, but it will still have an effect on them. Your passive-aggressiveness is going to come through, even in remote work environments,” she told me in an interview for my book. Research has shown that it’s not just you who suffers the physical impact of suppression either. If you hide anger or frustration, the blood pressure of those around you is likely to rise as well. They may not know exactly what you’re feeling and thinking, but they register underlying tension just the same.

Another tempting response to mistreatment is to fight fire with fire. If your passive-aggressive teammate says one thing in a meeting and does something completely different afterward, why not do the same to them? Or if your pessimistic colleague is going to poke a zillion holes in your ideas, why shouldn’t you take them down when they suggest something new? Unfortunately, stooping to their level doesn’t generally work. You intensify the feeling of being on opposing sides rather than giving the dynamic a chance to change. And retaliation often makes you look bad. Or worse, it violates your values.

To avoid giving into the (understandable) desire for revenge, commit to behaving in line with your values. Sometimes it’s helpful to write them down. What is it that you care about? What matters most to you? If you’re not sure, consider looking at a set of universal values and see which resonate with you, listing them in order of importance. Then, when you’re coming up with a plan for how you want to respond to your insecure boss or biased coworker, refer to the list and make sure that the tactics you land on align with your values.

When I’m dealing with someone who pushes my buttons, I often fantasize about sending an email to everyone who knows them, outing them as a jerk. My (flawed) logic is that if the person who has wronged me is humiliated enough, they will be forced to change their ways.

Bob Sutton, author of The No Asshole Rule, summed it up this way: “Calling people an asshole is one of the most reliable ways to turn someone into an asshole — or make them hate you.” That’s because feelings of shame rarely inspire us to behave better; more often, they make us lash out further.

I like the way that Brené Brown distinguishes between shame and guilt and explains their relative usefulness:

I believe that guilt is adaptive and helpful — it’s holding something we’ve done or failed to do up against our values and feeling psychological discomfort.

I define shame as the intensely painful feeling or experience of believing that we are flawed and therefore unworthy of love and belonging — something we’ve experienced, done, or failed to do makes us unworthy of connection.

I don’t believe shame is helpful or productive. In fact, I think shame is much more likely to be the source of destructive, hurtful behavior than the solution or cure. I think the fear of disconnection can make us dangerous.

Making your colleague feel as if they’re a bad person, labeling them as a jerk or as someone who plays the victim, is unlikely to improve your relationship.

Similarly, dehumanizing a difficult coworker doesn’t help. It’s easy to demonize the person who causes us harm, but hating them only pits you against one another. Instead, make sure that every step of the way, you remind yourself that you’re dealing with a fellow human, not a robot or an arch villain.

Hoping your colleague will leave

Many of us bank on outlasting our difficult colleagues and focus on making the situation workable until they get fired or move on to another job. But be careful of putting all of your eggs in the “eventually they’ll be gone” basket. Sutton warns that sometimes “removing the bad apples” does little to change the underlying issue, especially if your colleague’s obnoxious behavior is validated by the organizational culture. Often other things need to change to prevent incivility, he says — things like the “incentive system, who’s promoted and rewarded, how meetings are run, and the pressure people are under to perform.”

A few years ago, the head of HR for a health insurance company asked me to train their staff on how to have difficult conversations. She explained that they had a very hierarchical culture and were having trouble getting people to speak up, especially with ideas that challenged the status quo. Nine years earlier, they’d done a survey that showed employees felt it was a very “command and control” environment. Determined to evolve, executives led several culture change initiatives and hired new leaders who were known for having a more collaborative and less autocratic style. Those leaders also replaced people on their teams so that within that nine-year period, almost 80% of the employee population had turned over, including most of the leadership team. But when they conducted the culture survey again, they got almost exactly the same results. The exasperated HR executive told me, “It’s like it’s in the water here.”

Sometimes it’s not individual people who are the problem but the systems that allow, and in some cases encourage, hostility over cooperation. And systems are hard to change. Your dream that your difficult coworker will walk out the door may come true, but there’s no guarantee that the culture will shift or that you’ll get along with their replacement. Ultimately you’re better off trying to create a workable situation with your colleague now than hoping things will improve if they leave.

Will you always be able to avoid these flawed responses? No. Nobody’s perfect, and these unproductive approaches are seductive. But if you get a flat tire, you don’t fix the problem by slashing the other three tires. When you strike out with the first tactic (or several tactics) you choose, try something else — or reach out for help. Maybe your boss, a friend, or a mutual colleague can offer a novel solution. The point is to keep at it; remember: even small improvements can make a big difference.

This article is excerpted from Amy’s Gallo book, Getting Along: How to Work with Anyone (Even Difficult People) (Harvard Business Review Press 2022). 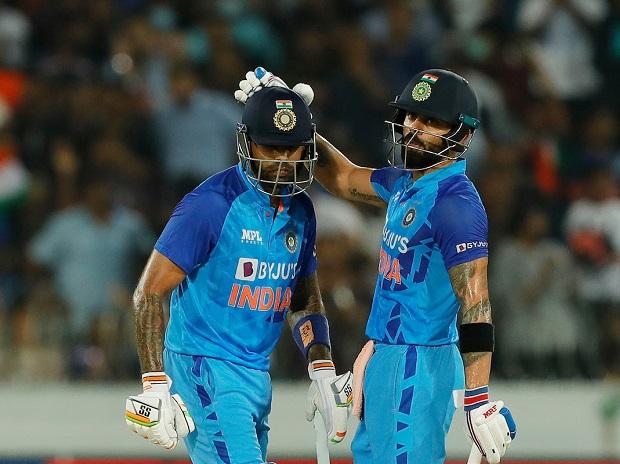 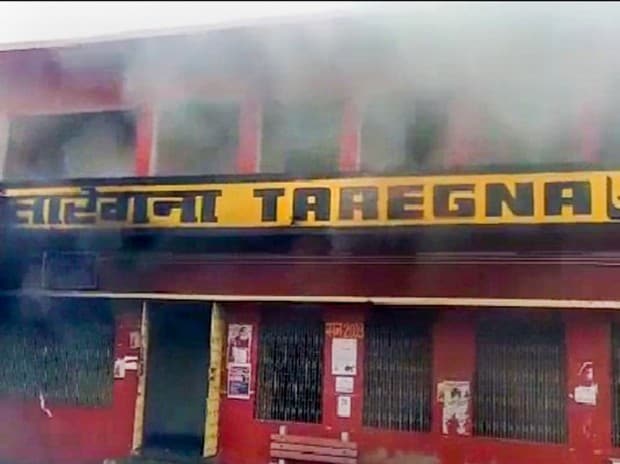 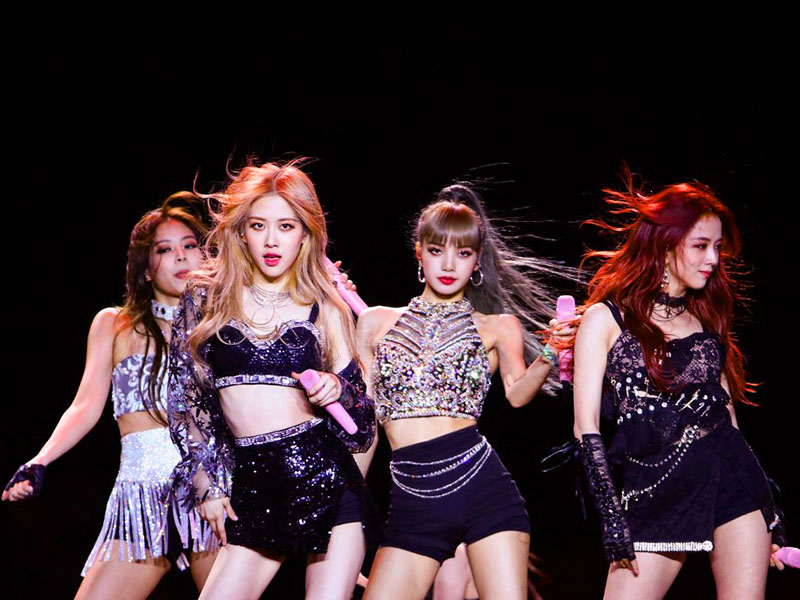